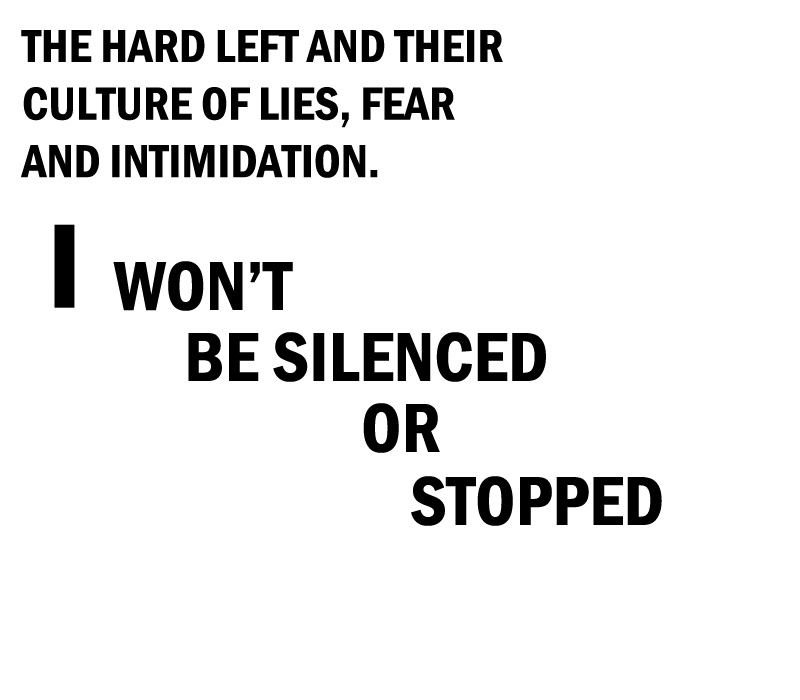 Doxing minors, intimidation and the toxic hatemongers on the hard left

The smears, lies, fear and intimidation of the hard-left. A Statement:

Those who read this blog or follow me on Twitter or Facebook are well aware that I am used to being harassed and abused online. To be honest, given what I do, there is a certain expectation of a response. But fighting these people is no war of words. My website has been hacked, I have been physically assaulted twice (1,2) and I have lost count of the number of times my social media accounts have been attacked or cloned. None of this has worked to silence me, nor will it, so this week they turned to doxing my children. The twisted desperate action of the weak minded and morally lost.

There were two blogs published independently. I won’t link to them here. Both follow exactly the same formula. They are full of empty smears and are written by people who know that they are spinning lies. You can see by the desperate links they try to build. They are trying to get people to hate and fear me by painting me as a rabid, far-right extremist with ties to Britain’s first, the EDL and neo-Nazis. To set me up as a legitimate target for attack.

Intimidation and images of minors

It wasn’t the words however that was different this time. It was the photographs they had included. In the first there was an image of my son. He is still a minor now but was just twelve when the photo was taken. Who puts an image of the target’s child into an article of hate?

The second attempt at intimidation was even more insidious. A worthless, rambling, conspiratorial article which used my inactive membership of a Facebook group with 24,000 members to label me a hard-core extremist. The person who wrote this should seek urgent help.

Inside the piece was an image of my daughter. I think the photo is from 2017, so my daughter was 15 and also a minor at the time. On this occassion the author took a Facebook post I had published without an image (I don’t upload images of my children for obvious reasons) and deliberately edited it. She photoshopped onto the post an image she had of me and my daughter at an event, to make it look as if she was just sharing a genuine Facebook post of mine.

It is unlikely to be a coincidence they were published within days of each other. Both these smear articles contain images of minors and both have been shared online by an ex-Corbynite MP with 50,000+ followers.

Both of these incidents are now with the CST and the Police.

Not to be silenced

This type of attack is meant to intimidate. To make me feel vulnerable. They also place a target on the back of two children.

The post about my daughter displays even more about the mindset of the author than antisemitic toxic hate. The article suggests that it is because of my influence that she is joining a lone soldiers program in the IDF. What an embarrassing thing to write. My daughter was brought up to be independent, to stand up for herself, express her views and understand her rights. She has a mind and voice of her own and is more than capable of making her own decisions. How belittling, to suggest that young women are incapable of thinking clearly for themselves. ‘It must be daddy’. This is the rancid, archaic misogyny of the modern hard left.

These people do not intimidate me. They only make me more certain of the importance and urgency of the cause that I fight for. As Jews we do not have an option but to fight. Nor do we choose our enemies or decide how toxic they will be. The alternative is not on the table. We know what the price of inactivity can be.

So no, I will not be silenced or intimidated. A new exclusive about antisemitism in a certain seaside town will be proudly published on this website on Sunday.

Stick with me. It is for us to maintain our composure, our resolve, our focus and never lose our nerve. Onwards and upwards.

257 thoughts on “Doxing minors, intimidation and the toxic hatemongers on the hard left”