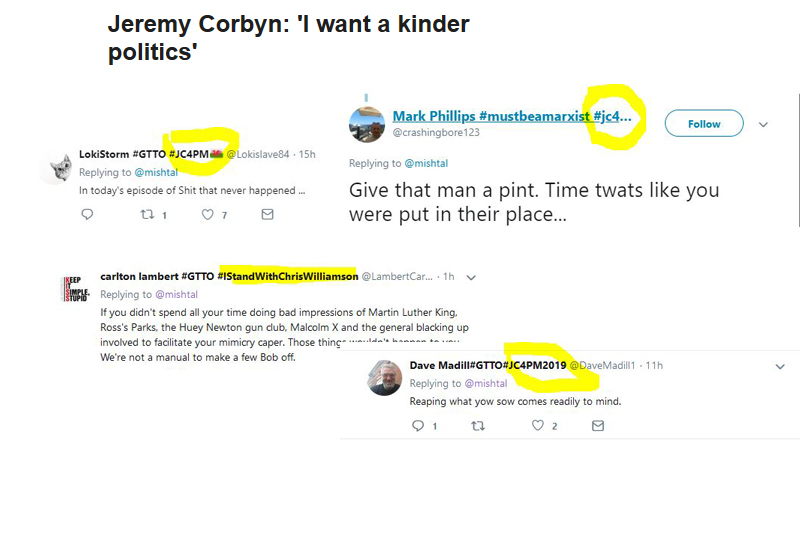 A Jewish life: assaulted in the street, insulted by the BBC

Yesterday I was assaulted. I had been sitting with friends at the cafe inside the Quaker building in Euston. Not long after I left, I felt a sharp and forceful push from behind. I hadn’t been expecting it and the sudden jolt sent me briefly to the ground. I heard the words “Zionist f**k” in a clear London accent. The whole thing took about 3 or 4 seconds and by the time I raised my head – I could just see a white man running away. I never saw his face.

It was not a major attack and I have no intention of playing some type of wounded victim. It hurt, briefly, but by the time I got home, only the unsettling nature of the attack remained. The assault is being reported to both the police and CST, these incidents, this type of escalation, needs reporting.

I think it fair to suggest this was both opportunistic and targeted. Nobody knew where I would be, so I imagine I was spotted inside ‘Friends House‘ and whichever coward assaulted me, simply took the opportunity when I left. I would like to say ‘thank you’ to all those who sent messages of support. It really was not that serious. I have faced down Hamas, Hezbollah and Saddam’s scuds and it will take more than pond-scum pushing me in the back to stop me from doing what I do.

Some of the responses were funny. Those from the ‘cult’ took offence and asked how I knew this was an attack from the ‘far-left’. These people spend so much of their time suggesting I am a far-right extremist, it seems somewhat duplicitous when they try to suggest the far-right may also be beating me up in the street. An example of how they always adapt their narrative to suit. As it happens there is no ‘right’ or ‘left’ on this subject, antisemites from across the extremist spectrum have lined up behind Corbyn. Even David Duke is a fan.

Not all were disappointed I was assaulted. Some wanted to buy the attacker a drink:

Others suggested it was deserved:

And of course, a lot of denial:

This is what you say to someone who was assaulted? As I said in my tweet about the incident, perhaps this is what they mean when they talk about ‘kinder, gentler politics’.

After I was assaulted, I got home to watch a programme on BBC Two called ‘one day in Gaza‘. This issue I wish to address is not one of perception, narrative or bias. We need to talk about media fraud. There is Arabic for the word ‘Jew’: ‘yehud’ ‘yehudi’ ‘al-yahud’ all cover it:

But in the programme the BBC did not translate the word ‘Yehud’ to ‘Jew’ at all, instead they mistranslated it to the word ‘Israeli’.

This is not the first time they have done this either. In 2015 BBC Watch pulled them up. I have heard the argument for doing this. I heard it in a London University during an anti-Israel event as a video was played – ‘they say Jew, but they don’t mean Jew, they mean Israeli’. Nothing but empty excuses and devoid of all reason. This is nothing but BBC Two pushing raw Hamas propaganda. I have two simple questions:

I would be a ‘yehud’ and the non Jewish Israeli wouldn’t be. This does not just expose the lie, but leaves the BBC guilty of pushing a blatant pro-terrorist propaganda as fact on British TV. The Arab who uses this term says ‘Jew’, he means ‘Jew’ and he knows the difference between a ‘Jew’ and a ‘non-Jew’.

There is absolutely no reason to distort the translation at all, other than to buy into false propaganda, deliberately hide raw antisemitism and push a false narrative onto viewers. What the BBC did is deliberate and deceitful. This shielding of the antisemitism pushes poison directly into British public discourse. They hide the racist hate so people cannot see it – this in turn makes any ‘Jewish’ response irrational.

The BBC have a duty to tell the viewers the truth. If they wish to, they can choose to relay to the viewers the propaganda excuse (‘they say that they don’t actually mean Jews’), but they have no right to distort the translation and deceive the viewers in the way they did. It is shameful, disgraceful reporting that misdirects viewers and places British Jews in danger. When those Arabs say ‘Jews’ they mean ‘Jews’ – and they include me in that description. The BBC lied to its viewers. They should not be allowed to get away with it. Yesterday I was assaulted in the street and saw the truth assaulted in the home. One of the attackers is as yet unknown, the other was the BBC.

66 thoughts on “A Jewish life: assaulted in the street, insulted by the BBC”