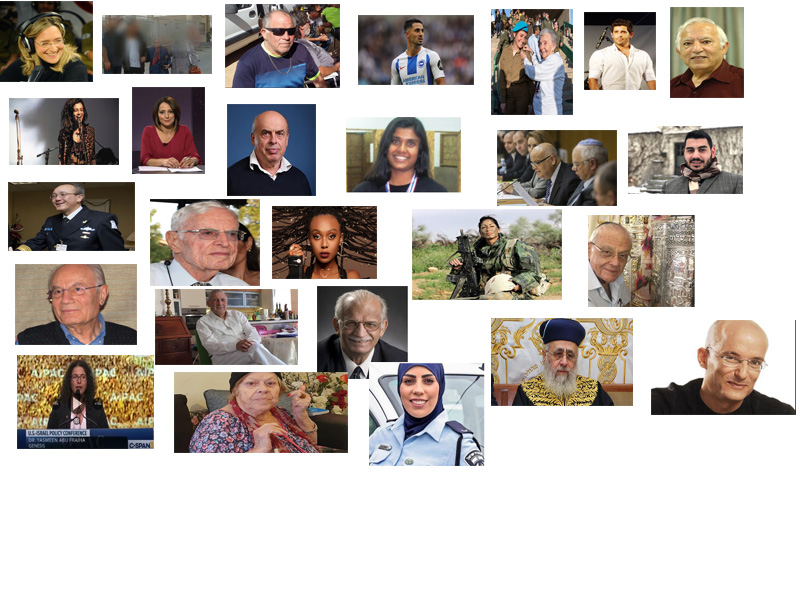 So you think you know the Israelis?

There is so much ignorance about Israel and Israelis. So many lies are told by anti-Israel haters, yet sometimes the truth is so simple and staring everyone in the face.

Who are the Israelis? I like the personal touch so I thought I would take you on a bit of a tour to meet some: 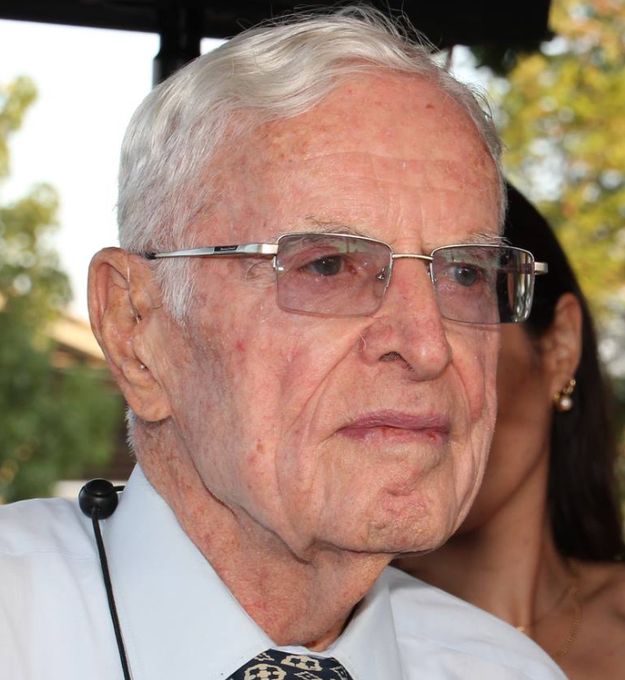 Avraham Kiryati was 8 years old when in 1929, Arabs massacred the Jews of Hebron. His uncle stepped outside and was one of those murdered. He is a descendant of Jews who escaped the Spanish inquisition, settling first in Tzfat and then in Hebron. 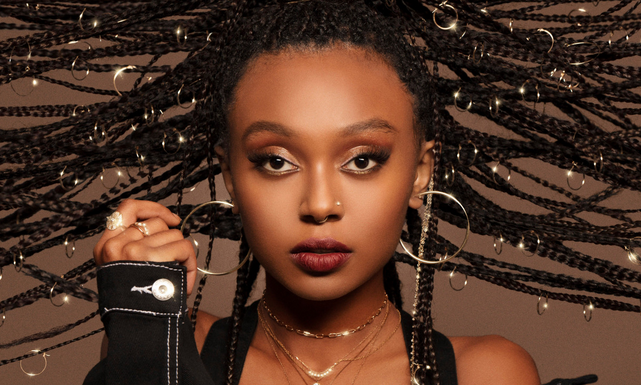 Eden Alene is singing Israel’s entry in next year’s Eurovision song contest. She was born in Jerusalem, but both of her parents had immigrated from Ethiopia – fleeing the persecution there. There are about 130,000 Israelis of Ethiopian descent. 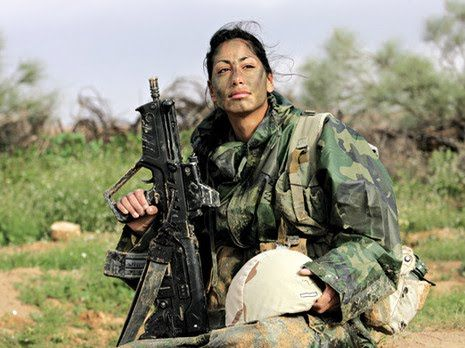 Elinor Joseph is a Christian Israeli Arab. She serves in a combat role in the Israeli military. Elinor was born in the village of Jish in northern Israel. She is one of approximately 177,000 Christians living in Israel – the only country in the region that protects them. 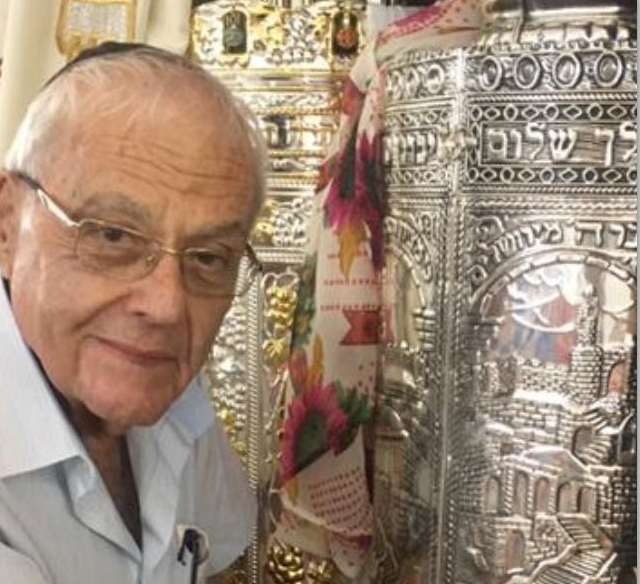 Yaakov Horovitz was born in Alexandria, Egypt in the 1930s. His family had a successful business. In 1956 they were arrested and told to sign over all their possessions and given days to leave the country. They were expelled and eventually arrived as refugees in Israel. 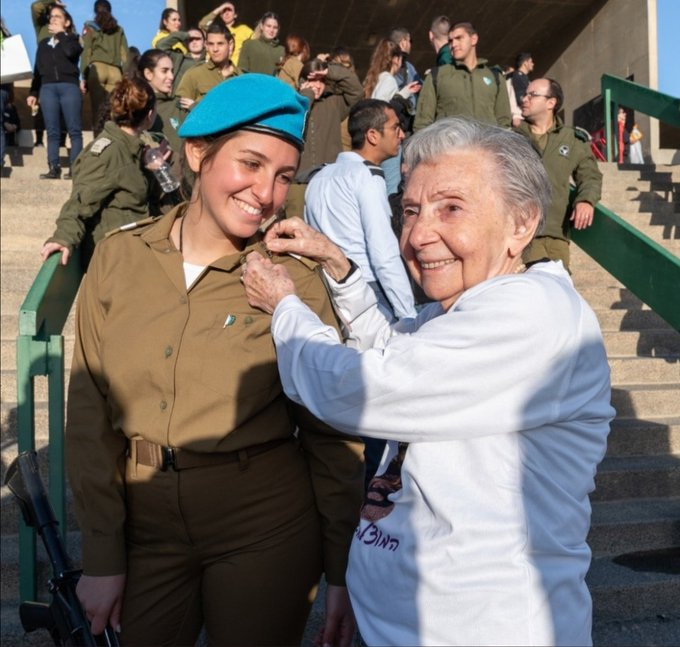 Ruth survived the Holocaust. She jumped from a train heading to the camps and joined partisans to fight the Nazis. Here she is with her granddaughter Opal – an officer in the Israeli army. One of those protecting the Jews to make sure nothing like that ever happens again. 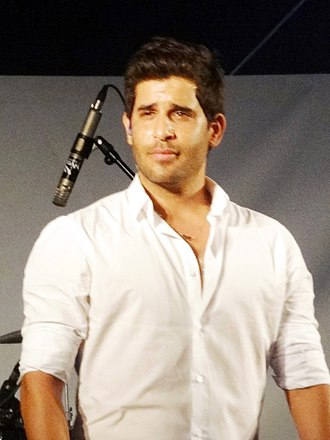 Pe’er Tasi is a successful Israeli singer. His music is of Mizrahi or ‘eastern’ genre. Tasi’s family come from Yemen where like many, they fled persecution. There are about 400,000 Israelis of Yemenite descent. 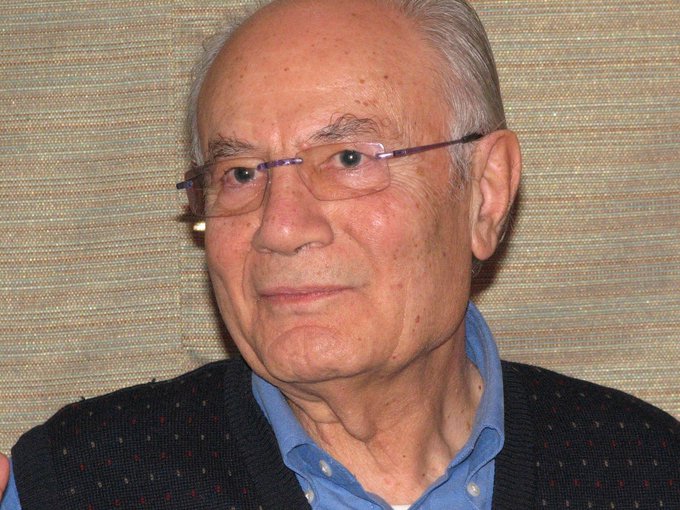 Eli Amir was born in Iraq. His family fled the persecution – and he was one of a million Jews in Arab lands who were ethnically cleansed. In Israel he forged a successful – award winning writing career. There are about 450,000 Israelis of Iraqi descent. 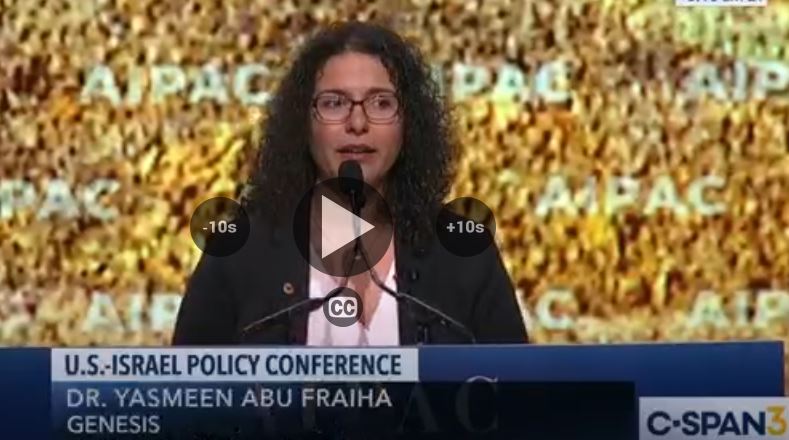 Yasmeen Abu Fraiha is from a Negev Bedouin town. Most southern Bedouin see themselves as distinct from northern Arab communities. Yasmeen is a Doctor and founded an NGO that aims to prevent genetic diseases primarily in the Bedouin community. There are about 200,000 Negev Bedouin in Israel. 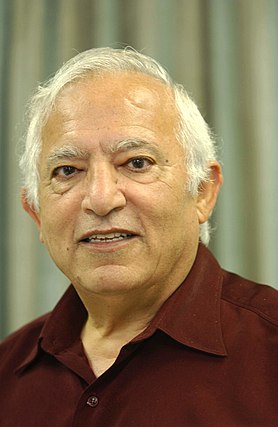 Menashe Amir was born in Tehran, Iran in 1940 in the ancient Jewish quarter. He left Iran for Israel in 1959. Amir broadcasts in Persian on Israel Radio International. Amir is one of over 130,000 Israelis of Iranian descent. 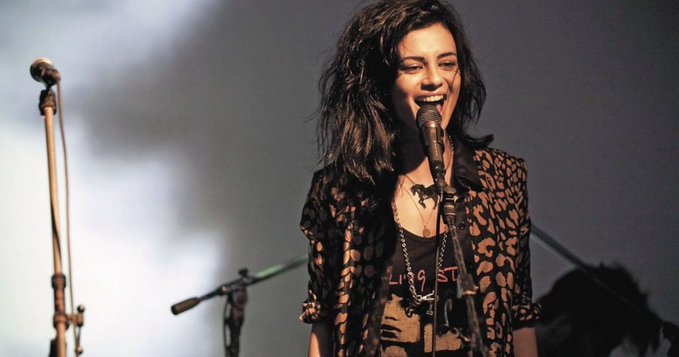 Ninet Tayeb’s father was from Tunisia. Her mother Moroccan/ Algerian. Her parents arrived in Israel separately, both fleeing persecution. Nina is a successful musician, singer-songwriter, composer, DJ, model and actress. There are 10,000s of Israelis who can claim Tunisian descent. 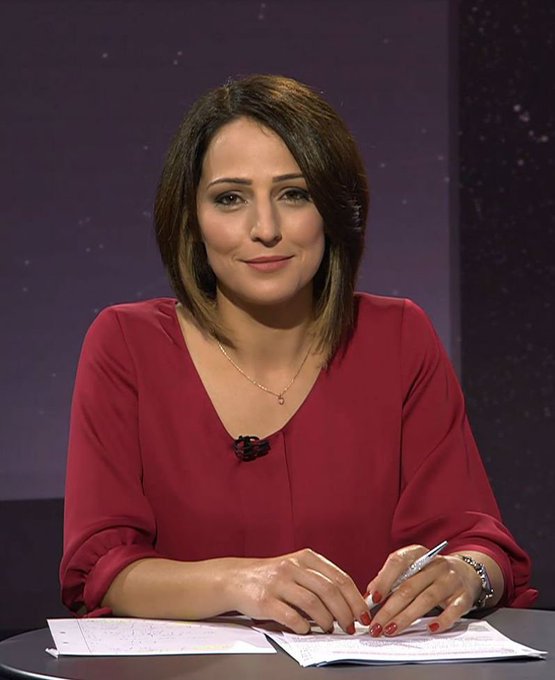 Gadeer Kamal-Mreeh is a Druze-Israeli. She is a politician and journalist. Her faction, Blue & White are in the present government. She was the first female Druze Israeli politician to become a member of the Knesset. 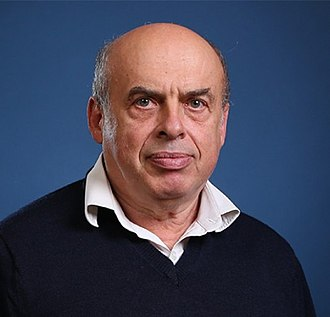 Natan Sharansky was born in the Soviet Union. As a refusenik he spent 9 years in Soviet Jails. He was the 1st political prisoner released by Gorbachev. When the Soviets eventually opened its doors, a million Jews escaped. Sharansky went on to be a successful Israeli politician. 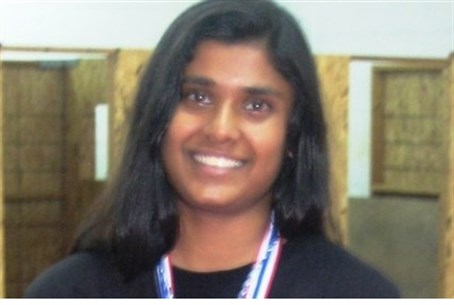 Sarah Avraham is an Israeli kickboxer. In 2014 she won the Women’s World Thai-Boxing Championship. She was born in India and moved to Israel after the 2008 Mumbai attacks. There are approximately 85,000 Jews of Indian origin in Israel. 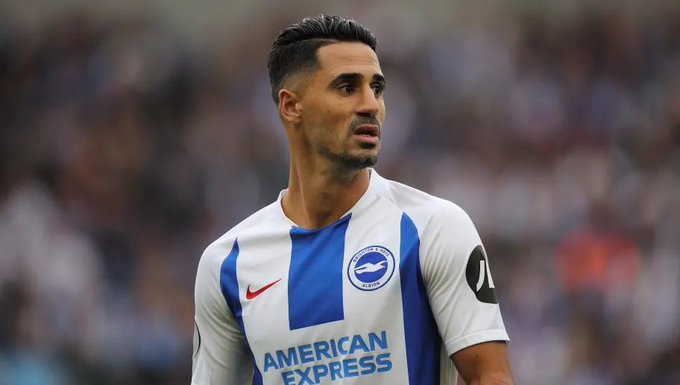 Beram Kayal is an Israeli Muslim. Kayal is a successful footballer and plays for Brighton & Hove Albion. He has played at the International level since 2008, with 44 senior caps to date playing for Israel. There are over 1.5 million Arab Muslims in Israel. 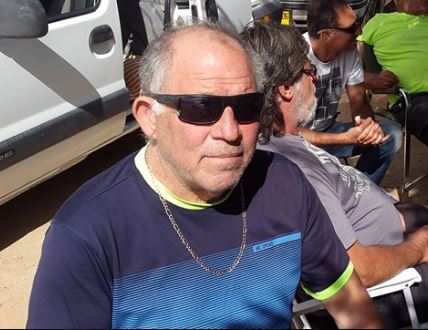 Natan was born in Israel but his family are from Morocco. They fled persecution along with almost all Morocco’s Jews. In Israel a million Jews can claim Moroccan heritage. Natan made his way to Eilat, where ran his own business. He had three children. Tragically their eldest son Assaf, was killed by Palestinian terrorists near Gaza in 2003. 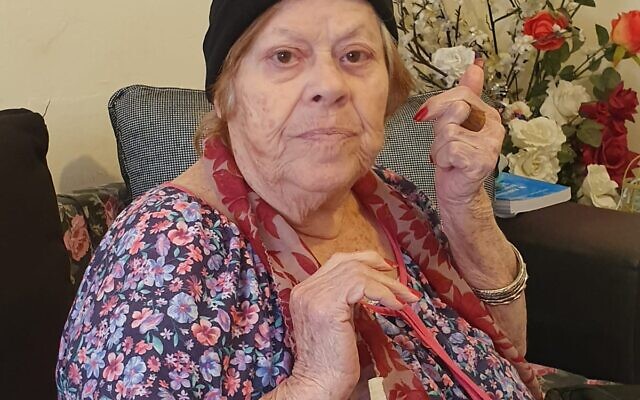 Malka Zaken lives in Tel Aviv, she is 92. She was born in Greece and at the age of 12 was deported by the Nazis to Auschwitz. She came from a big family. Almost all perished in the Holocaust. Malka Zaken’s Auschwitz number was 79 679. She has built her new family in Israel and has 3 children. 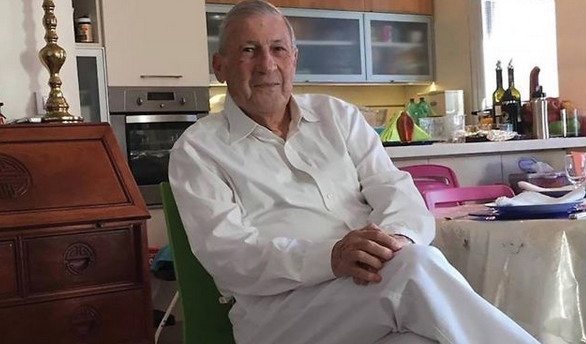 Daniel Gal was born in Algeria. When he was just 5 or 6 he was expelled from school for being Jewish. His father lost his job as Jewish businesses were taken by the state. Under heavy persecution, his family fled to Israel. 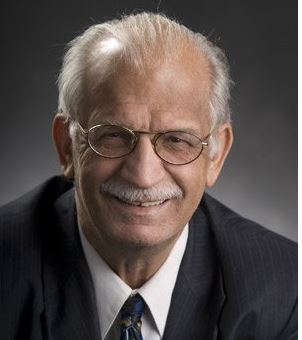 Benyamin Tsedaka was born in Nablus in 1944. He is a Samaritan and an Elder of the minority faith. Benyamin lectures worldwide on the Israelite Samaritans. Like other religions such as the Bahai and Karaites that have their HQ in Israel, they are free from persecution in Israel. 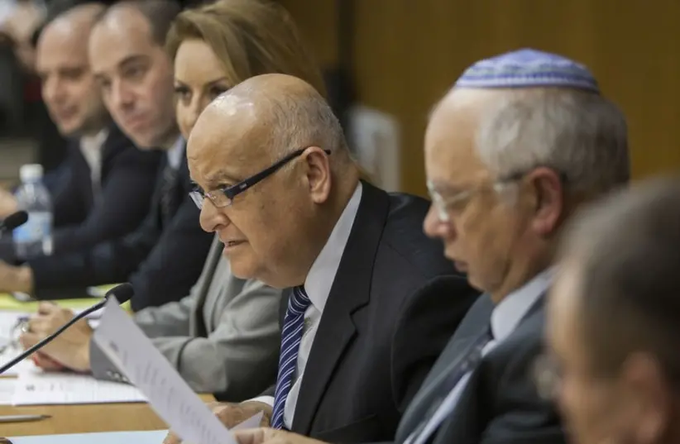 Salim Joubran is a Christian Maronite (Aramean). He was born in 1947 in Haifa. Salim Joubran was appointed justice in Supreme Court of Israel in 2004. Which made him a sitting judge in the highest court in Israel. He has recently retired. 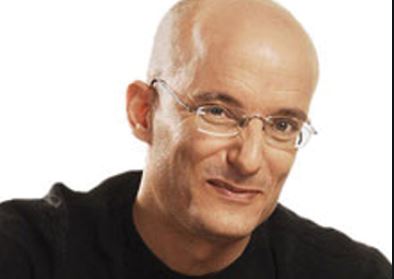 Gil Hovav was born in Israel in 1962. His great grandfather Eliezer Ben-Yehuda came to Ottoman Jerusalem in 1881 from the Russian Empire, decades before the British conquered the area. Ben-Yehuda was the father of modern Hebrew and Gil’s great-great uncle, Itamar Ben-Zion Ben-Avi, was the first native speaker of Hebrew in modern times. 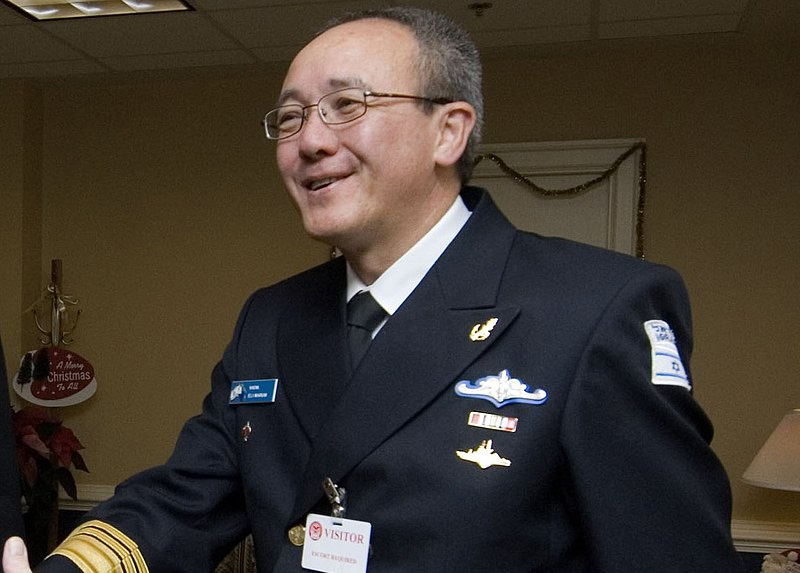 Eli Maron was born on a Moshav in Israel. His mother was Chinese. His father a refugee fleeing the Nazis. Eli Maron was the Commander of the Israeli Navy between 2007-2011. 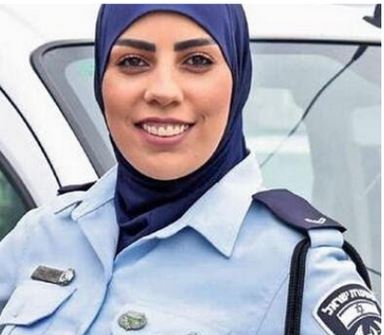 Sabrina Saadi is a religious Muslim from Basmat Tab’un, a predominantly Bedouin town in the North of Israel. Sabrina is a Major in the Israeli police force and works as a Senior Investigator in the youth division at Kafr Kanna. She focuses on violent and internet crimes. 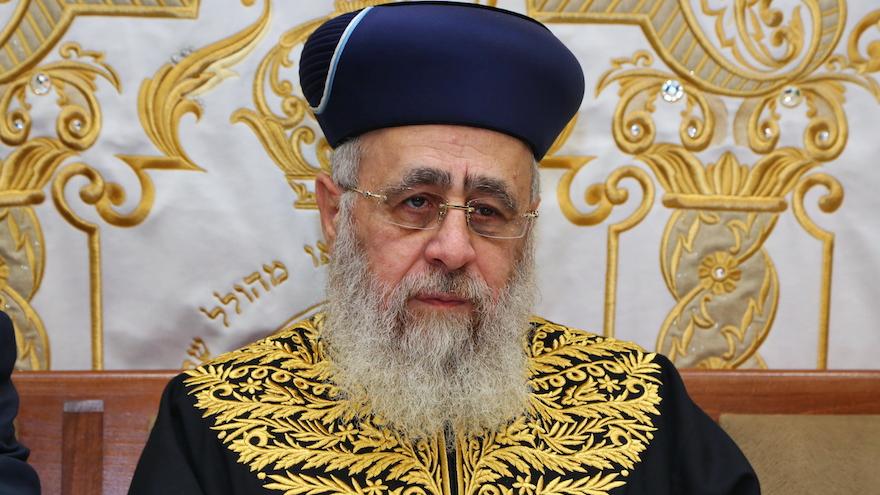 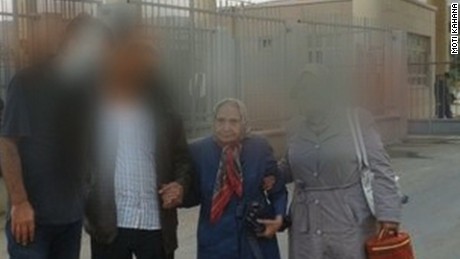 Miriam Halibi (name changed to protect identity) was born in Aleppo, Syria. Along with her two daughters Miriam was smuggled out of Aleppo in 2015 as ISIS were closing in. The Halibi family join 150,000 Israelis, whose families escaped earlier persecutions in Syria during the 20th century. 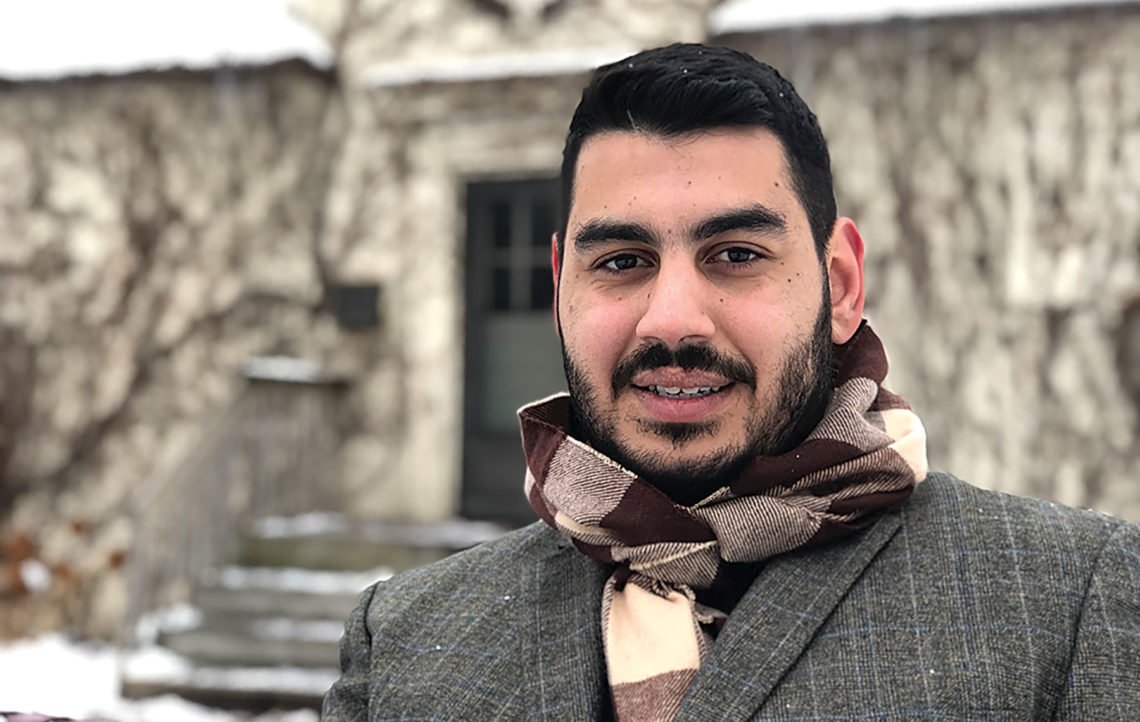 Jonathan Elkhoury was born in Lebanon. He is gay Christian Lebanese refugee. Jonathan and his family were forced to flee Lebanon – running from Hezbollah retribution. Now an Israeli, Jonathan tours campuses in the west, debunking lies about Israel that haters tell.

It was possible to keep going. There are Israeli Jews of Libyan, Turkish and Lebanese descent. They fled persecution everywhere, even from places like tiny Bahrain. Jewish refugees came from all over the world. 100k+ from Latin America. A million from the ethnic cleansing of Jews from Arab lands.

Additionally, as Jewish people have always lived in the area, there are ancient communities who have lived in the land since forever.

But the point has been made. Who are the Israelis? Now you know the truth.

58 thoughts on “So you think you know the Israelis?”