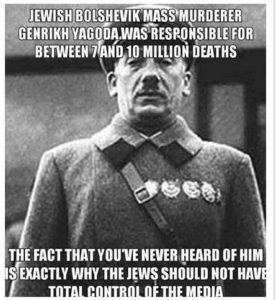 Just over a month ago, my report into hard-core antisemitism in the Scottish Palestine Solidarity Campaign (SPSC) was published. Following its release, condemnation of the SPSC crossed the political divide, and was swift. Given what was uncovered, it seemed an obvious and natural response. Nobody wanted to be seen protecting hard-core Nazi ideology.

After all, what had been uncovered was indefensible. It was shown that almost every time SPSC activists ran a stall or held a demonstration, 40-50% of those present had previously shared material that circulated in far-right white supremacy websites. At one demonstration alone, ten of the attendees had shared material on their social media pages denying the Holocaust.

Consider this for a moment. Imagine a stall run by a right wing party. Then imagine that 40-50% of those people running it, shared *EXACTLY* the same material as the SPSC activists. How would civil rights campaigners view such a group? What excuses would be considered acceptable? As I said, indefensible.

What also spoke volumes was the relative silence from the SPSC. Little in the way of apology, regret and introspection. The SPSC shrugged their shoulders, denied all responsibility, and chose to respond by calling me names.

And that was all I heard. Until three days ago. When a blog called ‘Bella Caledonia’, published a piece written by anti-Israel activist Sarah Glynn. Sarah’s apparent problem with the SPSC report, wasn’t the fact so many racists are out on the streets handing out SPSC leaflets, oh no, Sarah’s problem with the report, was that I had written it.

Of course, in the article, Sarah had to tell everyone she was speaking ‘as a Jew’. It took 40 words for Sarah Glynn to place her Jewish credentials before the reader. Although in the strictest sense, as the first 39 words of the article were a basic introduction, ‘as a Jew’, was how she began.

Sarah chose to condemn a report exposing Nazi ideology as ‘a gross and politically motivated slur’. According to Sarah then, it doesn’t seem to be in the public interest to inform on those who share Holocaust denial material and stand outside malls boycotting a Jewish business. As the majority of articles I had found came from hard-core white supremacist sites, I wonder if Sarah has other examples wher

And the report was flawless because its findings are so clearly evident. Don’t let me tell you these people are front line SPSC activists. Google SPSC, find images of them in action, and then cross-check with the names in the report. It is that easy. Which is why the SPSC, and now Sarah Glynn’s attempts, to suggest that this isn’t actually about the ‘SPSC’, are so laughable.

Which is also why Glynn’s article engages in a rather long winded discussion excusing those who shared antisemitic material. As Glynn explains, ‘the internet has vastly outpaced development of our critical faculties’. She goes on to suggest that these ‘progressive activists’, are  just ‘sickened by official propaganda’ and are just on the ‘lookout for alternative sources of information’. Oh! That’s all right then. Now I get it, these people became posters of racist material by accident. When these activists saw the Jews blamed for all the evils in the world, when they came across Holocaust denial, these intelligent ‘progressive people’ just didn’t see racism.

Never have I seen such a twisted excuse for blatant racism. ‘Sorry guv, it weren’t my fault I hit the black guy, that newspaper made me do it’. Is this really the line Bella Caledonia are pushing?

Glynn even tries the ‘we don’t pay attention to what we share’ argument about a group of people who have swallowed the ‘Rothschild global conspiracy’ whole and freely choose to frequent awful white supremacist sites looking for material. By this point the post was simply embarrassing. 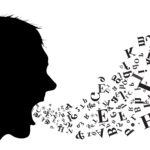 Having belittled a detailed report whilst failing to actually point out what was wrong with it, Glynn then spent three long paragraphs explaining how these Scottish progressives apparently have a fetish for accidentally stumbling onto white supremacy websites. It is also important to remember that none of the images in the report refer to the conflict. Here too Glynn attempts the absurd, by suggesting that conspiracies about Israel being behind 9/11, or the terror strikes in Europe, are actually posts about Israel rather than classic examples of Israel being traded as the world’s Jew. If Glynn doesn’t see that Israeli conspiracy theories are just the modern version of the ancient cry over Jews spreading plague then she really needs to take a few steps backwards.

Only in the final section does Sarah Glynn go into a pointless final defence of the SPSC. Trying to suggest that a group totally blind to all its activists posting Nazi material online, takes a firm stance against antisemitism.  At this point Glynn is insulting the intelligence of anyone still reading.

Some of those who posted Nazi material, have publicly celebrated online, because in their ‘progressive’ anti-Zionist circles, it is now ‘in’ to be accused of antisemitism. It is this sickening blurring of the lines between Nazi ideology and human rights, that Sarah Glynn and Bella Caledonia so successfully contributed to with their article.

Bella Caledonia and blaming the victims

I have little interest in Sarah Glynn, she has just decided to defend her friends. She is clearly another run-of-the-mill activist, whose has become blind to the enormous internal contradictory pillars on which her current paradigm is built. It is both sad and shameless. Look at what it may her do here. These people share ‘Nazi’ posts.

So the ‘kudos of the blind’ must go to the editorial team at Bella Caledonia. I wonder if they even read the piece. The article did nothing of what they said it set out to do. It did not ‘unpick’ any lines between anti-Zionism and antisemitism, nor did it demonstrate why the report was ‘flawed and absurd’. The post attacked the report, because it needed to deflect from the devastating implications of the message within it. To do it, the article had to belittle or explain away the presence of white supremacy ideology in so many SPSC activists.

But another disgraceful element of the blog Bella Caledonia published hasn’t yet been covered. When discussing my conclusion (that ‘antisemitism is a primary driver of anti-Israel activity’), Sarah Glynn suggests:

‘But correlation does not prove causation, and if there is a causative link, then why not the other way around, with awareness of Israeli atrocities increasing receptiveness to the proliferating web of anti-Zionist and anti-Semitic conspiracy theories’.’

Let’s put aside the fact that clearly Glynn hasn’t got a clue what is going on in Israel. This is a (potentially) award-winning blog blaming the victims for the racism they suffer. Or suggesting that ‘people may increasingly hate the Jews, because of the way they imagine some Jews behave’. Or perhaps it is not really the fault of the racist that he is a racist. Is Glynn actually that galactically dense? She is describing racism to a ‘T’. The blaming on the whole for the actions (real or imagined) of some. So in effect the blog argues that antisemitism is a cause of antisemitism. How about the site running a blog about how scam emails from Nigeria, give rise to a dislike of black people? A story that Bella Caledonia, rightfully, would never condone running.

In fact, let us look at how Bella Caledonia treat ‘Islamophobia’. I want to draw your attention to this little nugget:

“Islamophobia is on the rise in Scotland. That is troubling enough. But what’s even more concerning is that many of those whom I would define as Islamophobic feel very good about it. They see themselves not as racist or xenophobic, but as defenders of democracy and human rights against the adherents of a religion they believe is incompatible with both.”

It is stunning how the ability to see, only ever extends to the ideological horizons that people create for themselves. I suggest to the editors of the Bella Caledonia site and Sarah Glynn, that they read the Islamophobia article, digest the argument properly, and then look long and hard in the mirror.

The author of the piece above clearly felt Islamophobia was an issue that needed to be tackled. That message clearly fits Bella Caledonia’s world vision. And yet someone publishes a massive expose about Scottish activists pushing Nazi ideology, and Bella Caledonia choose to run an article that belittles, excuses and deflects from the accusation of antisemitism. It even goes as far as to suggest that when people who hate Jews so much that they believe every nasty accusation against Israel, become more antisemitic as they swallow more lies, somehow this is all the fault of the Jews in Israel. Which is why the activists post Nazi material apparently. Jeez. Really?

The Bella Caledonia blog is up for an award. The award event takes place on 24th November. Perhaps in today’s world, publishing a blog providing excuses for those who push Nazi ideology will help push them past the post. Could you imagine Vuelio (the blog awards) giving an award to a blog that suggests the actions of some black people are somehow responsible for an increase in racism? No, thought not. But Jews? Well, that is a story Bella Caledonia seem happy to run with.

5 thoughts on “When ‘progressives’ excuse Nazi ideology: The case of Bella Caledonia”