‘It is horrible out there‘. Those are words that every person that is publicly fighting the antisemites in the Labour Party, fully understands. It is nine months since I publish my report into Palestine Live. 290 pages of toxic, hard-core antisemitism that opened the eyes of many, to the depth of the problem in the Party. Three Labour MPs had been members of that secret Facebook group.

The Palestine Live report wasn’t the start of the story for me. Back in October 2015, I sat in a Westminster meeting room as Labour MP Gerald Kaufman spoke about ‘Jewish money‘ buying the loyalty of British MPs. Three Labour Party politicians were present in that meeting room (Kaufman, Andy Slaughter MP and Martin Linton). Those politicians were still in the room when Kaufman read out an email that accused Israeli soldiers of fabricating stabbing stories as a way of justifying the shooting of Palestinians.

When it came to the Q&A at the end of that event, one man stood up and agreed with Kaufman on the subject of Jewish money. It was Tony Gratrex, who was an admin of ‘Palestine Live‘. Gratrex told the audience in that Westminster room about how the US Federal Reserve was taken over by a shadowy group that control money globally. I was in Westminster, sitting with Labour Party politicians, listening to someone spread Rothschild Conspiracy. Gratrex was thanked for his contribution.

antisemites before and after Corbyn

When Gratrex spoke at the PRC Kaufman event, I already knew who he was. I had first met him over lunch whilst undercover at a ‘BDS activist’ training course. It was the Kaufman incident that changed things. 27 October 2015 was the day I realised that the antisemites in the hate groups I had been following and researching for years, were taking control of the Labour Party.

The difference between 2015 and 2018 is a frightening one. In the movie ‘Star Trek First Contact‘, Captain Picard knew that his ship had been infiltrated by the ‘Borg’, because the environment of the ship was being adjusted to accommodate them. This is what is taking place in the Labour Party. Antisemites have not just infested the party, they are changing the environment so that they can thrive. Party members are being fed so much disinformation over what being a Jew is, that thousands of social media warriors are capable of blindly telling those who complain of anti-Jewish racism, that they are just making it all up.

To protect the entryist project, a wall has been erected between the Party and the British Jewish community. Jewish identity has been attacked, Zionism has been misrepresented and a fringe Jewish group has been deployed to blur and confuse the issue out of all recognition.

As attempts to address the antisemitism are inevitably met with denial and counter accusations, the Labour Party activists are now openly spreading antisemitism. Opposition to Corbyn is portrayed as somewhere between a dual loyalty issue and that of a controlling elite protecting its wealth. Both antisemitic tropes. These activists cannot call them Jews of course, so simply label them all as Zionists.

This means that anyone standing up for Jewish people today, becomes a target of hate from a group that believes it is close to achieving real power. That is serious motivation.

Since I started publishing my research, I have had hateful blogs written about me, I am smeared with all manner of insults and the abuse I receive is relentless. I remember even being likened to a serial killer by someone who stalked me for a while: 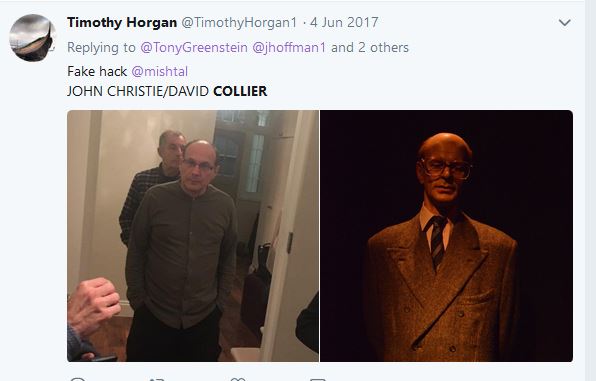 Rarely has that abuse been more persistent than right now. I recently responded to an Owen Jones Tweet celebrating Alan Sugar’s intention to leave the UK. It turned into a public spat, that saw thousands of vicious comments sent my way. I was not alone in receiving abuse.

The basic argument against the Owen Jones tweet is simple. In 2018 alone, Alan Sugar has spoken about, or referenced, antisemitism in the Labour Party several times. Including in March (twice) (thrice) in April (twice), in May,  August, September, (twice) (thrice) (a fourth time). So when Alan Sugar talks of leaving the country because of worry over his children and grandchildren, you cannot discount antisemitism. There may be other reasons involved, but you still cannot discount antisemitism. And I return to the non-white example. Imagine a person of colour talking of growing racism a dozen times in a single year. Then imagine he says that he may quit the country. Who would discount racism as a possible cause? So it isn’t funny. Period.

But because of the state of the party, anyone that opposed the Owen Jones tweet was met by Labour’s guard-dogs. That includes Rachel Riley, who simply because she stood up against antisemitism received a torrent of abuse. Some examples: 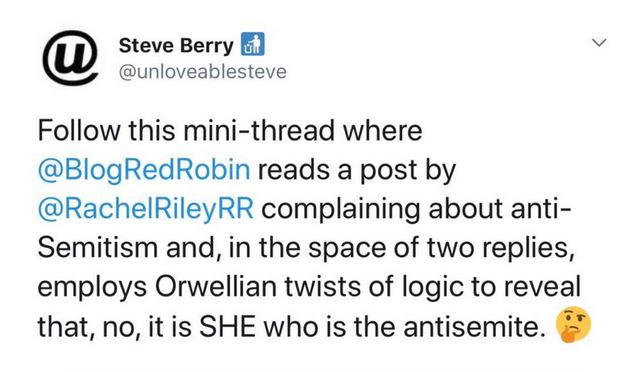 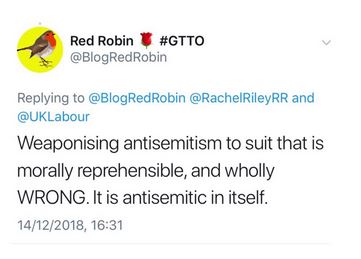 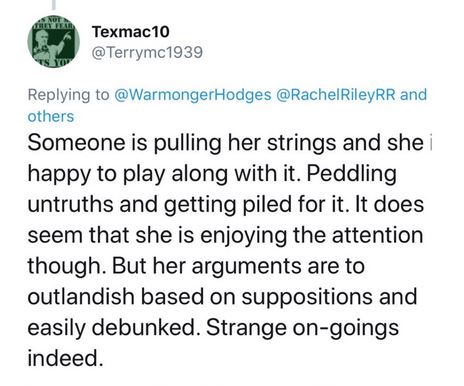 Rachel Riley is one of those in the public eye, who have put themselves above the wall in the fight against antisemites. I have little doubt she is horrified at what she has seen and experienced. Opening your social media account just to see 1000s of toxic notifications has a real effect. Tracy-Ann Oberman is another warrior for truth. Tracy has also met with a stream of abuse. JK Rowling has battled back against Labour’s antisemitism too. As with the female Jewish MPs like Luciana Berger it seems that women are attacked more readily than men. This is further evidenced by the disproportionate amount of abuse heroic labour activists like ‘Emma Picken‘ are given. Corbyn’s cowardly antisemitic thugs have a misogynistic streak as well.

Those who stand up for the community deserve community support. Even if it just means liking, sharing or retweeting what they are writing. A word of thanks to those heroes wouldn’t go astray either.

Several people on social media are taking the full brunt of Corbyn’s gangs. We have no choice but to fight against the antisemites but there is an emotional cost to doing so. Those shadowy groups I was researching back in 2015 now control the major opposition party. To strengthen their control they have used antisemitism and the genie is out of the bottle. What the Labour Party has permitted to happen is unforgivable. It will be extremely difficult to undo the damage the Party has done to the Jewish community and the wider fabric of their life in the UK. All we can do of course is continue to fight. It is our country too. But as someone said to me just two days ago. It is horrible out there.

This is part of ongoing research into antisemitism and the revisionist narrative that demonises Israel. The blog is unique and I have been engaged in undercover research for several years. My work is fully independent and can and does make a serious difference. In the last few years, many key stories on antisemitism that received global coverage were uncovered here on this site. I was recently named as one of the J100 (‘top 100 people positively influencing Jewish life’) by The Algemeiner.

The research is partially dependent on community support. The research would not be as successful without your assistance. If you can, please consider making a donation to this ongoing work.

For those without PayPal, I have just opened a Patreon page. Using Patreon it is possible to donate a small, regular amount each month as a way of supporting the research. The Patreon page is new. As people are reluctant sometimes to contribute to something that looks like it is without support, donating just a few pounds a month would be a great way to help me kick-start this.