It is important to state that at this point – these people have just been charged with criminal damage and are awaiting a possible trial. The activists claim their action is ethically justifiable. No guilt can yet be assumed.

Yesterday six activists from Palestine Action were charged with criminal damage after their attack on the Shenstone offices of the Israeli company Elbit on Tuesday. It is time to meet them:

One of those arrested should be well known to readers of this blog – Kajsa Anckarstrom: 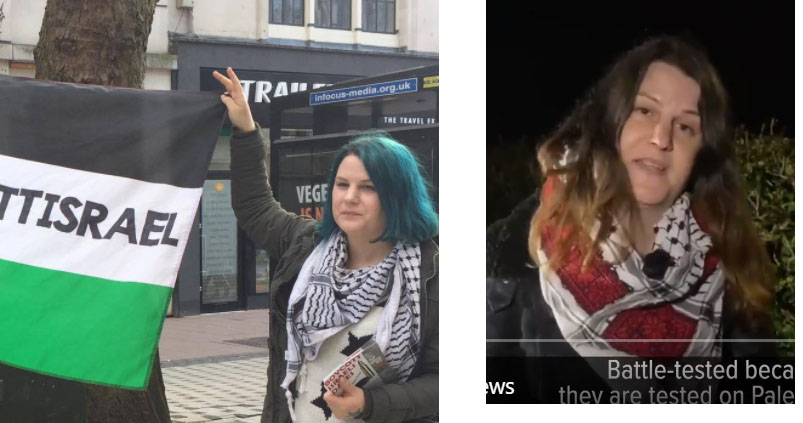 Although she went by the name of Kajsa Anckarstrom in her anti-Israel activism, her real name – and the one on the charge sheet – is Vienna Lstadt. She is one of the key faces of the Islamist group ‘Inminds‘ – which was fronted by the Holocaust denier Sandra Watfa. Like other Palestine Action activists – Lstadt is no stranger to antisemitism herself:

Another of those arrested may not be known to you – but his father probably is. Michael Sackur 23, is from West London:

His father, Stephen Sackur is an award-winning BBC journalist and the regular host of the BBC’s frontline news programme HARDtalk. Stephen Sackur has a very long history of anti-Israel bias in his reporting.

There is no intention at all to blame this alleged act of vandalism on the father – we are all only responsible for our own actions – but given his apparent hostility towards Israel, perhaps we should not be so surprised that his son may have ended up vandalising buildings of Israeli companies.

Nick Georges was another of those charged. In the Palestine Action video, whilst Georges is spreading lies about Elbit and Israel, he also tells us he was sent as a ‘witness’ to ‘Palestine’ for three months: 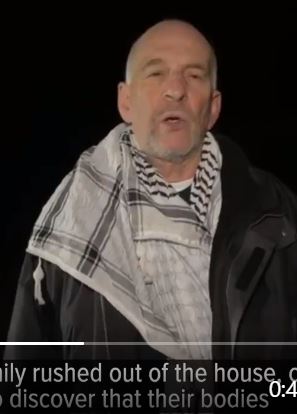 In fact, he was sent as part of the Quaker supported Ecumenical Accompaniment Programme run by the World Council of Churches. This is a hard-core propaganda tour – that as part of their deal – ensures that the ‘witnesses’ upon their return must spread the propaganda by speaking at a certain number of events. On the tour – they ‘witness’ exactly what the propaganda NGOs arrange for them to witness and are fed a diet of hard-core disinformation, sprinkled with thousands of lies. They return as radicalised members of a cult.

Want to feel really sick? This is Nick Georges, the thug who vandalised the Israeli owned business, spreading his propaganda to hundreds of school children at Ashcombe School in Dorking: 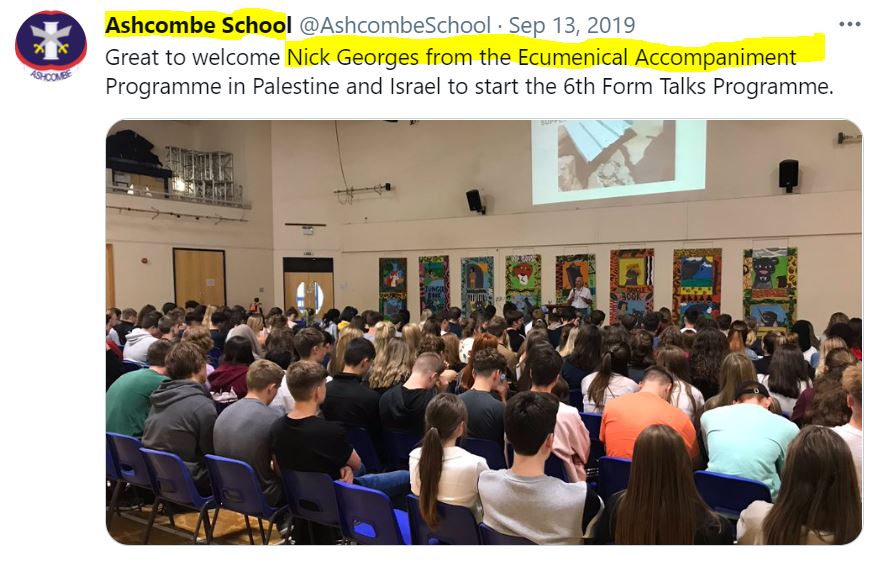 No wonder antisemitism is on the rise! Just as with Amnesty International spreading lies at schools, we HAVE TO kick all these thuggish propagandist organisations OUT OF OUR SCHOOLS. They are out to spread lies and demonise Zionism and Israel and they have no business telling their lies to school children.

We do not see the final three faces in the video of the attack that was posted by Palestine Live. This makes identification far more problematic.

Ruby Baker, our fourth Elbit thug – is from Bristol: 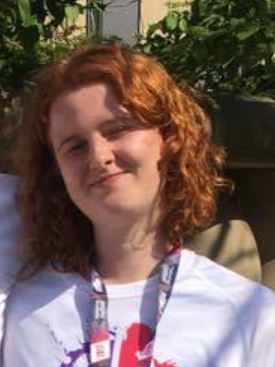 There is not much sign of activism from Baker online, but she seems to have been radicalised while a student at Sheffield University: 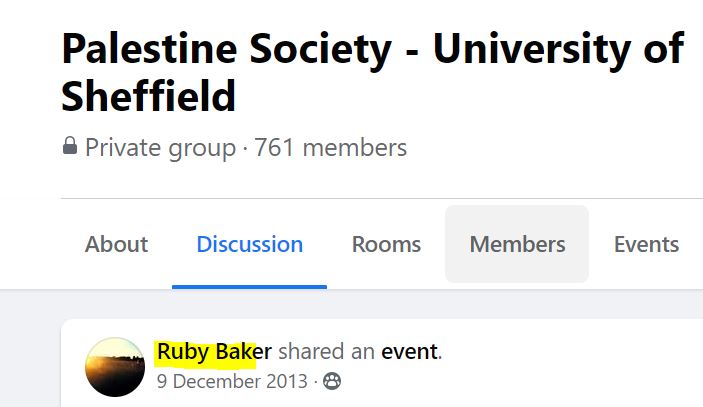 Dexter Herd was another name released by the police. It is an unusual name and using the genealogy websites, it seems there is only one in the United Kingdom. He was born in Sheffield in 1992 but is currently living in Bristol. There is almost no online footprint, but he appears to be attached to the University of the West of England in Bristol:

I found no record under this name of previous anti-Israel activism before this Elbit attack and his academic field of conservation and the ecosystem in the Department of Applied Sciences suggests he may come from the Extinction Rebellion alliance with Palestine Action.

Which after many hours of deep digging, just leaves Nic Aaron -the other arrested activist – who also goes by the name Nicci Shall: 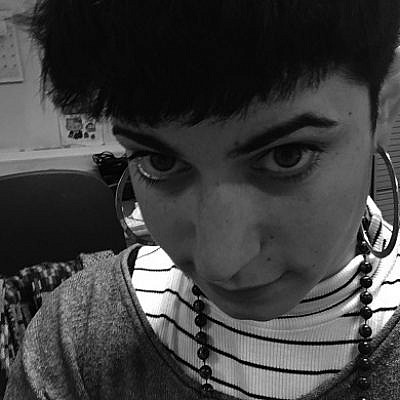 There is a 2018 letter against the arms trade, that is linked to the LGBTQ community that was signed by ‘Nic Aaron’ and Nic appears to be an organiser with a group called ‘Community Action’. A PhD student at Bristol University, – David Miller’s university, Nic / Nicci is a hard-left, Jewish Trans activist.