Let us go back to Tuesday 26 April 2016, 7:53am. A Facebook post by Naz Shah emerges on the Guido Fawkes website. It is a post from 2014 suggesting that Israel should be “relocated” to America and praising the “transportation costs”. Within hours, other posts emerged, including one comparing Israel to the Nazis. By 13:30, Naz Shah had apologised for ‘the hurt’ she caused and resigned her position as PPS to the shadow chancellor John McDonnell.

The following day, 27 April, news about the antisemitic posts appeared on the front pages of the Times and Daily Mail. By noon Labour Leader Jeremy Corbyn stated that ‘what Naz Shah did was offensive and unacceptable’ Pressure increased throughout the day and at some point during the same afternoon Naz Shah was suspended by the party.

Read the above a couple of times. How simple that all looks now. It shows how far down the slope have we come.

The working definition of antisemitism produced by the International Holocaust Remembrance Alliance in 2016 was created to address a growing rise of global antisemitism. The problem with the definition is simple, it arrived almost two decades too late.

The logic behind the definition is flawless. Antisemites are racists that hate Jews and believe them guilty of all manner of sins. Therefore ‘x%’ of the animosity towards the Jewish State of Israel is driven by antisemitism.

Any look at criticism of Israel immediately confirms this logic. Israel is regularly accused of all evil on the planet. Israel is ‘the global puppet master’ and Israel has a ‘thirst for the blood of Palestinian children’. The single consistent thread through the whole story of Israel’s existence is the disparity between Israel’s character, and how it’s ‘strangely obsessive’ critics view it.

If the correlation between antisemitism and ‘Israel-hate’ had been addressed when it was ‘in hand’ it is doubtful there would have been much resistance. The logic is too solid, the evidence too convincing. But it wasn’t. People sat in relative silence for two decades as they watched the poison spread through the ‘virtual’ veins of the west. Then it erupted in an outpouring of visible hatred on the streets in the summer of 2014.

By the time the problem was addressed in 2016, too many people had been infected. There are ‘carriers’ and there are those who are ‘full blown antisemites’. The antisemites are the easy ones to identify. The carriers are those whose understanding of the conflict has been so twisted by the poison, they can’t identify antisemitism.

It means that when people push back against the IHRA definition, ‘carriers’ will protect ‘antisemites’ by accepting that this is about restricting legitimate criticism of Israel. From the distorted viewpoint of the ‘carrier’, ‘legitimate’ criticism may well include comparisons between Israeli actions and the Nazis.

2016 discussions over the rise of antisemitism showed that Europe clearly felt it had a ‘Jewish problem’ again. Yet in the Labour Party, as more and more of the people around Corbyn were found to share antisemitic world views, the party mechanisms suddenly shuddered to a halt.

Jeremy Corbyn had spent decades swimming in the sewers with hard-core antisemites, and had shared political platforms with many of them. It is no surprise that I found Corbyn actively participating in the antisemitic Facebook Group ‘Palestine Live‘. This is who he was standing alongside just months before he became party leader:

His fan-base, including many members who had joined the party just for him, was crawling with people who had a major problem with Jewish people. There was no logical way the Labour Party could be rid of antisemitism and keep Jeremy Corbyn.

Yet Corbyn wasn’t yet strong enough to fight back. In the initial period there were many cases of Labour Members being suspended or expelled. The strategists with him, like Seamus Milne, must have known that active ‘inactivity’ on the subject of antisemitism would be necessary if Corbyn was to survive. To make it look as if they were doing something, when they had no intention of doing anything at all. The Chakrabarti inquiry is a good example of this.

For two years, the Labour Party stalled on antisemitism as Corbyn’s faction embedded itself. ‘Jewish Voice for Labour’ (JVL) was created as a weapon explicitly designed to deflect accusations of antisemitism. It was the role of JVL to cloud the issue, by placing Jews at the front of the march. ‘How can it be ‘antisemitism’ if there are Jews involved?’ It is a cheap, well worn and effective marketing stunt. For example, the al-Quds ‘Hezbollah’ march always places a fringe sect of Jews called Neturei Karta at the very front, to suggest rabidly antisemitic Hezbollah actually like Jews. 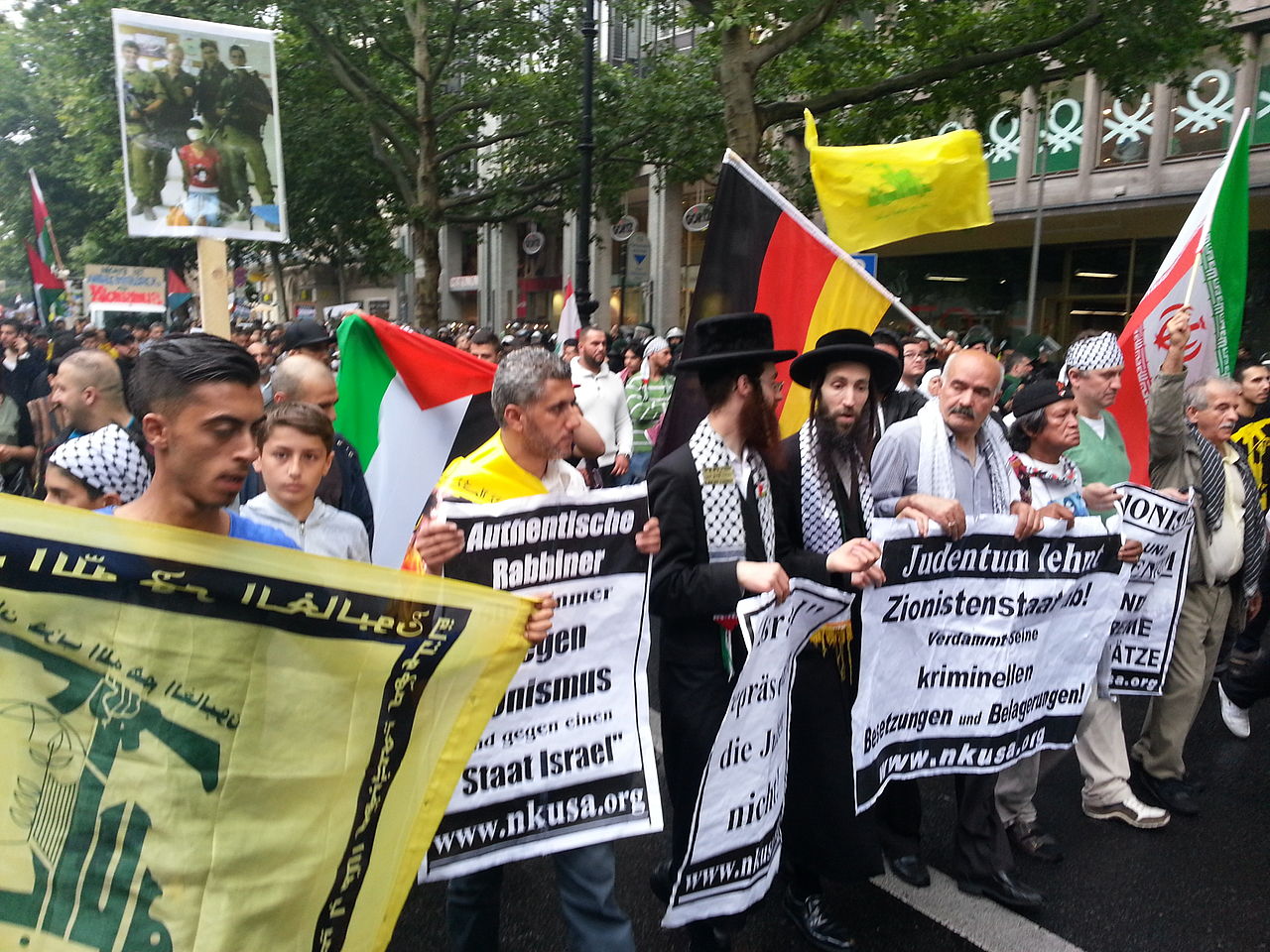 JVL began to move through Labour Party constituencies seeking affiliation.  Over the last few months, this has intensified, and with the appointment of Gordon Nardell last month as the new in-house counsel to oversee the disciplinary process on antisemitism cases, it seems that Corbyn was preparing to move out of the defensive position.

From defence to offence with British Jews

The answer for Corbyn has always been a simple one. To hack the definition of antisemitism. If what is ‘antisemitic’ is not actually ‘antisemitic’, then the discussion ends and everyone can move on. Corbyn can declare he is against antisemitism AND he gets to keep all the antisemites in his party. This meant the focus has always been on chopping at the IHRA definition and refusing to accept those clauses that relate in any way to antisemitism that expresses itself as hate against Israel. For British Jews it means Corbyn is creating a party that protects people who hate Jews.

It was always just a matter of timing. Two months ago, before the appointment of Nardell, JVL released a ‘new definition of anti-Semitism’. It was a ‘watering down’ of the IHRA definition. As Corbyn and the JVL team operate in a synchronised partnership, it is now clear this was sent up as a ‘test-balloon’. It carries much of the same message as the new guidelines that the Labour Party have just released. It legitimises racism inside the party.

Yesterday the defensive phase of Corbyn’s relationship with British Jews ended. He feels he is strong enough to ignore the accusations of antisemitism by shifting the goalposts. It would be wrong to underestimate the move. Today we wake up to a different world. The sky for British Jews continues to darken.