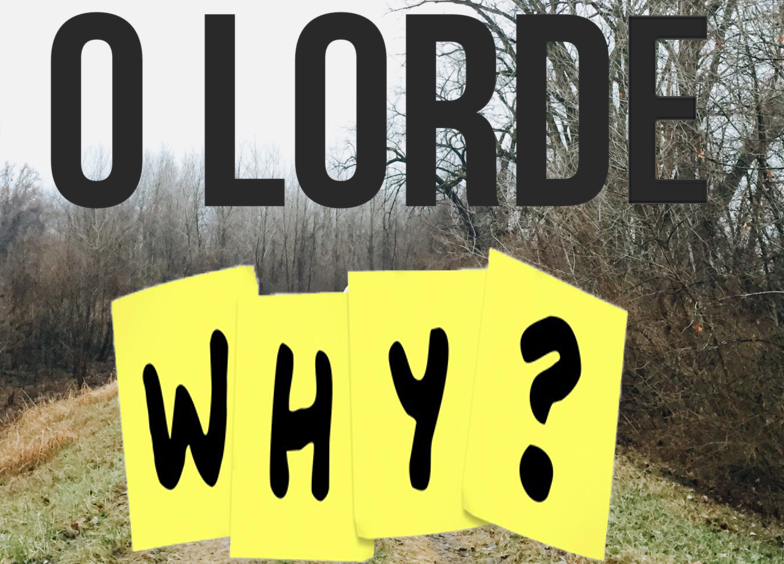 Following the hate – an open letter to Lorde

Last week you read and responded to an open letter asking you to cancel the gig in Israel. This letter isn’t like that one. As soon as any artist lists Israel as a tour destination, an industry springs to life to bully them into cancelling. The letter you read last week is an element of that industry. Polished, packed full of disinformation and written by both an Arab and a Jew. A letter that makes you feel that the whole world is united and only you, Lorde, stand in the way of Palestinians receiving justice.

This letter is different. It isn’t a begging letter asking you to change your mind. I accept that once you have bought into the lies, it is very difficult to shake them. After all, it is absolutely true that Palestinians suffer. The only real questions relate to why this is happening, and what can be done about it.

This letter is simply one written by a Jew who fights antisemitism, and sees the boycott movement against Israel for what it truly is.

I ask you two simple questions:

Firstly Lorde, I am assuming you understand the history of antisemitism. Centuries of expulsions, persecutions, boycotts, massacres and genocide. History highlights antisemitism as a disease that mutates, with Jews caught between Christian accusations of deicide, Muslim Dhimmi status, racist ideologies and far-left communism. There can be no denial of this. So if Israel is the Jewish return to self-rule, how do you think that State would be treated? How would Israel be received in a world that cannot shake antisemitism? What manner of hate would that tiny state be subject to – if not conflict, demonisation, exceptionalism and boycott?

Secondly. ask yourself why you can go and play in Russia, and hardly anybody notices? Why is it that artists can appear almost anywhere on earth, in nations that truly abuse large segments of their own populations, or that are a cause of major conflict and loss of life, and there is no visible movement that opposes them?

Any honest answer to these two questions will contain the simple truth about the boycott against Israel. It is the ‘Jewish thing’. Everything else is irrelevant detail, set out to deceive innocent people into believing that this time, unlike all the other times, boycotting the Jews is the right thing to do.

Lorde, these are simple truths relating to the boycott:

These are the simple truths of the boycott. It is the Jewish identity of the state that is the problem, not the activity of Israel. It isn’t even that Israel is one of many states that should be boycotted. If a true list of rogue states were to be drawn up, Israel would be nowhere in sight.

Then there are those celebrating your decision. The group of ‘haters’ you have now joined. My research focuses on the hatred of Jews that drives anti-Israel activity. My blog is full of examples of how if Israel wasn’t the ‘Jewish’ state, there would be no anti-Israel movement. Antisemitism is the fuel in the engine. You are no more but a bit-part that they use to help them get where they want to go.

A few months ago, Radiohead faced the ‘rage’ of the Israel haters. In Scotland there was a protest. Palestinian flags were waved by a few people at the Radiohead gig. A perfect imprint of the type of people who hounded you to cancel and rejoice in your decision. This an image from the protest: 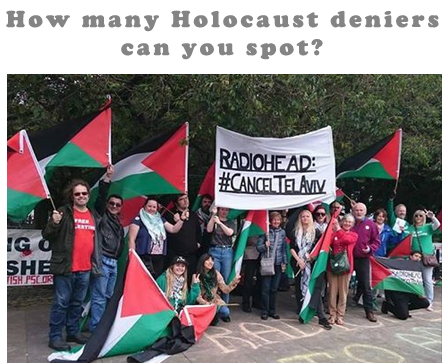 The research highlighted this small smiling crowd was riddled with those who hate Jews so much, they even deny the Holocaust happened. Because the truth, as with every anti-Israel demonstration, shows the crowd is little more than a bunch of Jew haters, alongside a few humanitarians they’ve managed to dupe along the way. All my research shows that if it wasn’t for the antisemites running the stall – the distorted information would never be handed out. These people feed off the ignorance and the goodwill of others.

I am certain that once it became public knowledge you had Israel on your tour, you were inundated with pressure. The boycott industry is a noisy one, and the arguments about ‘justice’ may be entirely artificial, but they sound convincing.

We all know Israel’s situation is a complex one. Israel has sought peace but continually faces an underlying hard-core that will not accept Israel’s basic right to exist. Given that the only options open to Israel are survive or be destroyed, Israel has resorted to conflict management until that situation changes. BDS is a response to this created by those who wish to see Israel removed from the map. A movement pretending to be something it isn’t. There are two choices here – recognise Israel or try to destroy it. BDS seeks its destruction. That is what you have chosen to side with.

It is a real shame that you have aligned your music with an arm of terror.

I wish you a Merry Christmas and a Happy New Year.

273 thoughts on “Following the hate – an open letter to Lorde”