‘There’s no antisemitism ‘ere guv’. We are just humanitarians who want to protest the Radiohead gig in Israel.

Just four days ago, on the 7th July, a few Scottish anti-Israel activists set out to protest the fact Radiohead are going to perform in Israel. As usual, this BDS activity is noisy and makes local and industry press. Here is an image of the protestors in Scotland. 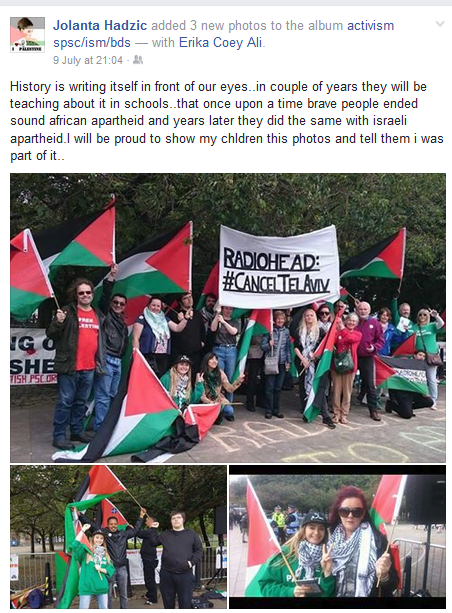 Let’s play a game called “how many Holocaust deniers can you spot”? It is only a group of about twenty. The person who posted the images, Jolanta Hadzic appears to be the one in the green top. This is one of Jolanta Hadzic’s posts: 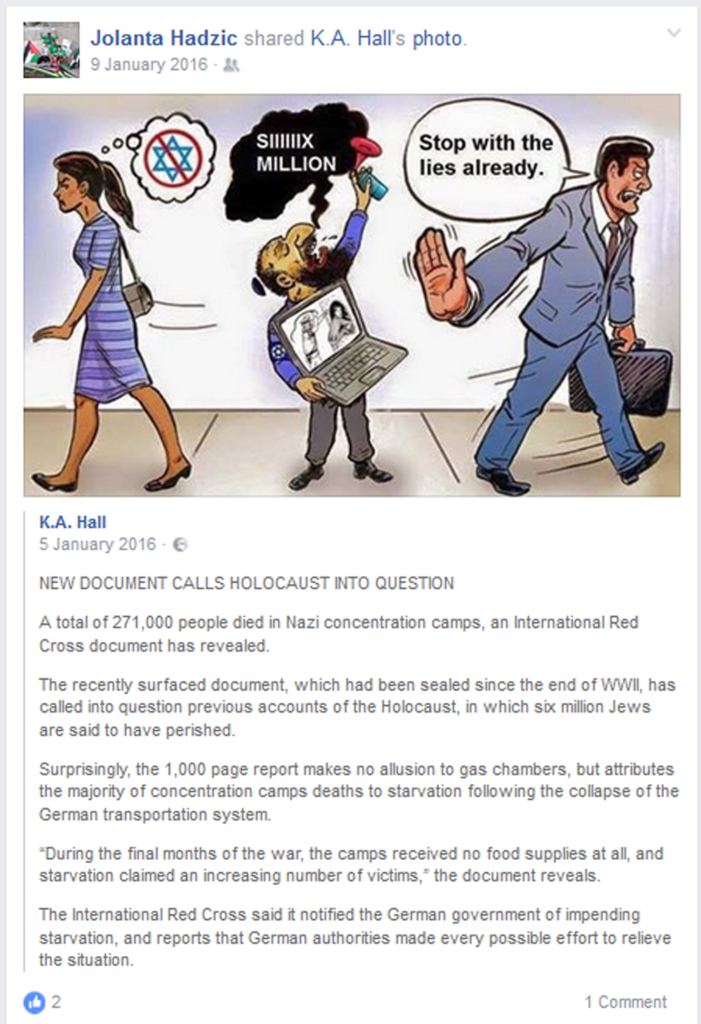 She tags someone called Erika Coey Ali in the group image. This is one of Ali’s posts: 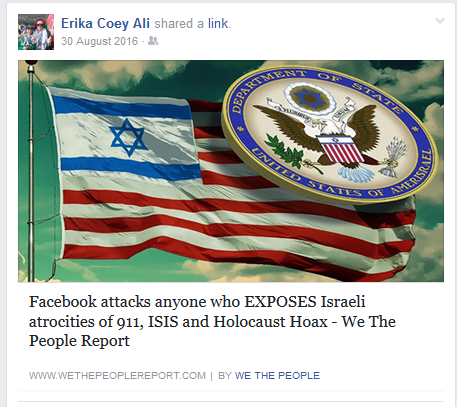 This is a link (NSFW) to the article.

Some of the text:

“As people around the world turn to alternative and social media to get real news, Israeli hasbara agents panic and wage war on truth-seekers. I have been blocked on FaceBook for 30 days dozens of times, and it is happening to thousands of others. They say that they remove posts containing bigotry, but most anti-Israel activists are not any kind of bigots. They OPPOSE the bigotry, terrorism, and lies of Israel and the Rothschild cabal, the ADL, the WJC, and other jewish organizations and institutions who are aligned with the theft of Palestine and the enslavement through usury that affects most of the world. They oppose the wars that the jewish lobbies are pushing us into.”

“The “holocaust” story is a complete fabrication, created by the international banking mob which if totally jewish.“

Also in the group image holding the Radiohead banner in the red top is Patricia Athena.

This is one of her posts: 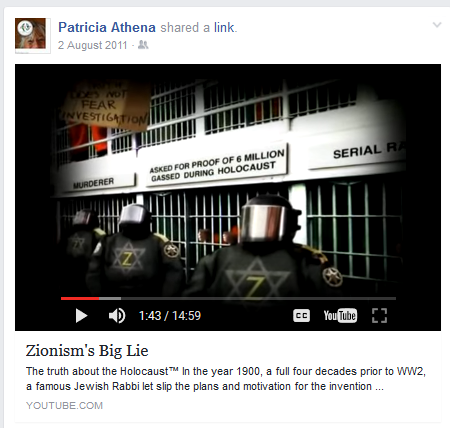 This is a link to the video (NSFW).  Just so nobody thinks that was too long ago. Athena posts scores of false flag, global conspiracy and anti Jewish Rothschild articles. Here is another. 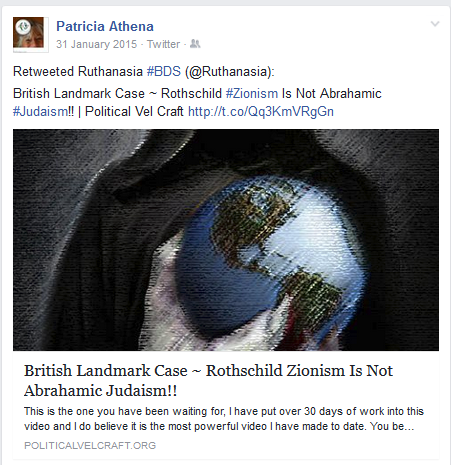 This is the link (NSFW). It contains a David Duke video title CNN and the ZIO Matrix.

Samantha Penman was also apparently there: 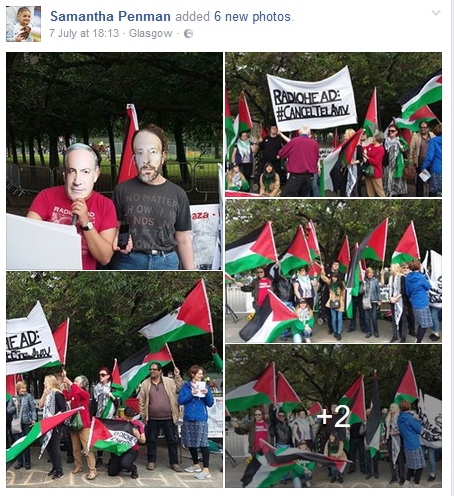 Here is one of Penman’s posts: 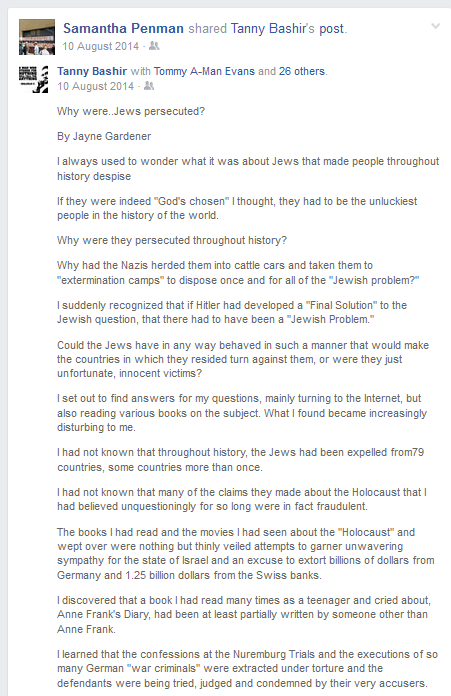 That is four people, in a group of perhaps twenty, who share material that denies the Holocaust. This is #BDS.

Holocaust denial is not the only measure of antisemitism though.

The person in the group image on the far left in the red ‘free Palestine’ t-shirt is tagged as ‘Barry Dalgleish’. Here is one of his posts: 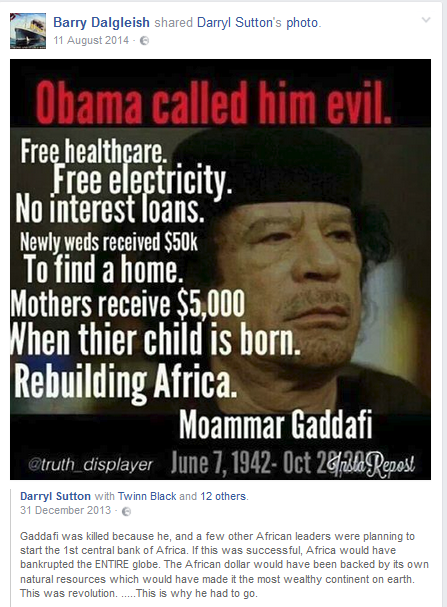 This from the text:

“He also kept the vultures of the Rothschild networks at bay for more than four decades. Anyone the Rothschilds want dead as much as they do Gaddafi can’t be all bad – far from it. Throughout Gaddafi’s reign the Rothschilds wanted his independent state banking system and the biggest oil reserves in Africa, but they couldn’t get them – until now. Private Central Bank=Zionist Rothschild(that Yahusha mention about in the book of Revelation 2:3 and there satanic agenda.)” 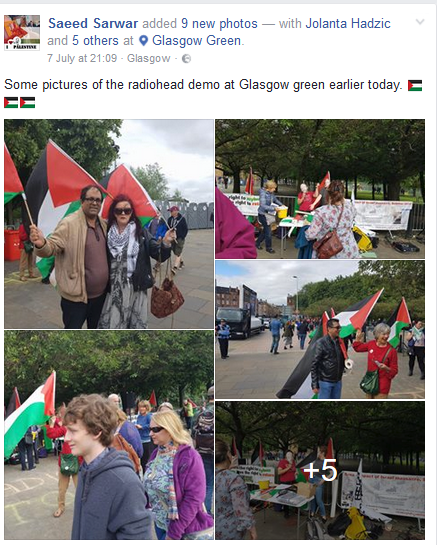 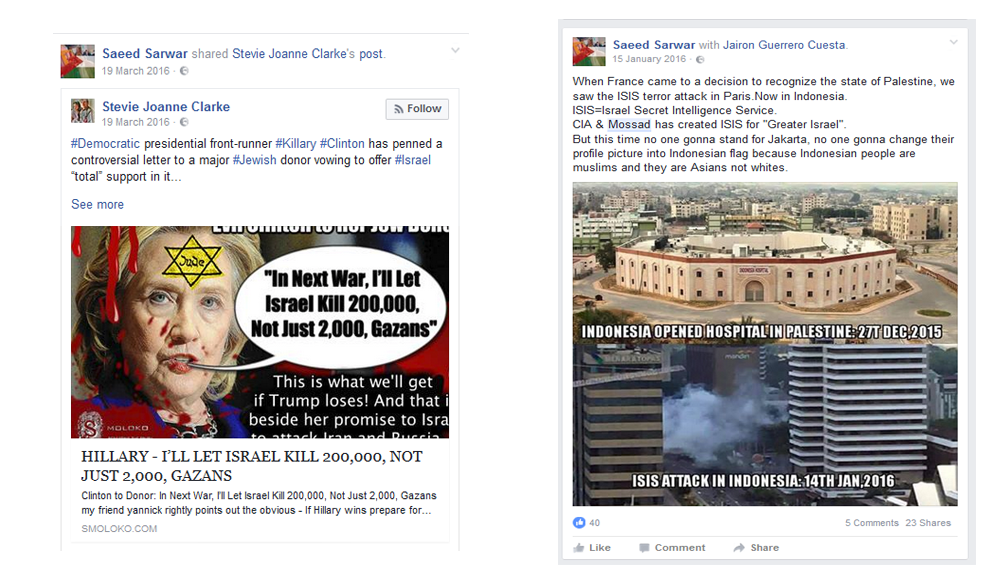 This is the link to the article on the left (NSFW). Smoloko is another brutal antisemitic site that spreads material that denies the Holocaust. This an image from inside the article Sarwar shared: 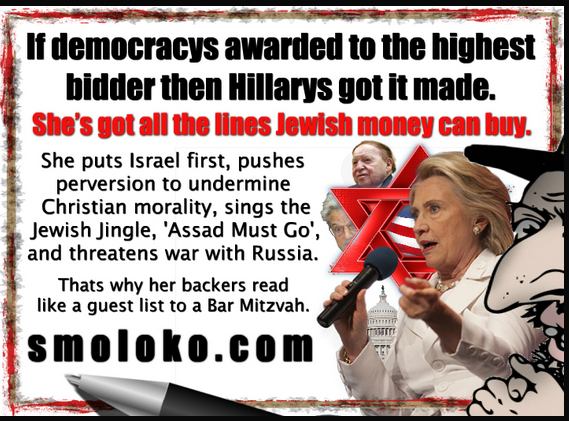 As almost nobody was tagged I have only been able to identify six of the attendees out of a group of about twenty. Of those six, four share Holocaust denial material and two more post vile antisemitic images from sites that do promote Holocaust denial.  This is Scottish BDS.  It is worth remembering this next time they try to tell people to boycott the Jewish state, or a Jewish business, or Jewish academics or protest against Jewish cultural festivals.

They also raised a few flags (7?) inside the Glasgow Radiohead concert. 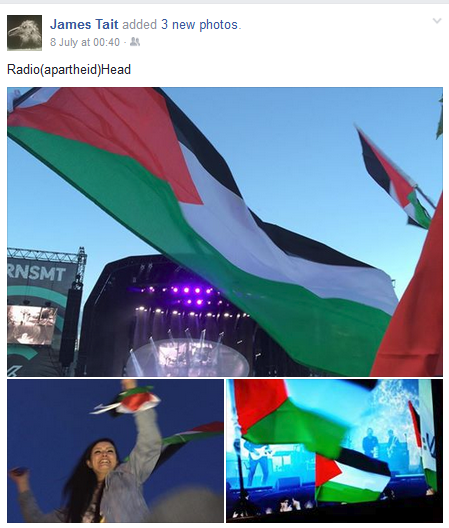 And some posts from James: 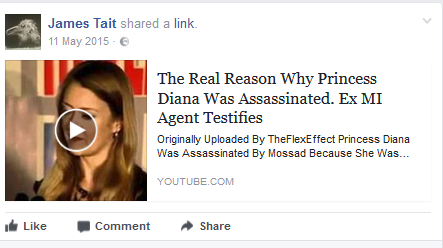 Here is another one: Link to article (definitely NSFW) 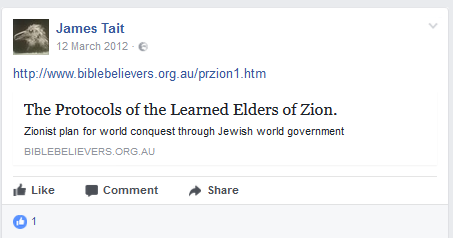 (*all of the people listed here have posted several antisemitic images, even if only one is included in this article*)

The actions by the group were picked up in the media. The Guardian, giving the BDS activity positive publicity, spoke of  Thom Yorke’s ‘arrogant response’ to protests.  Given he is meant to have signaled his dislike for the group with one of his fingers, I would argue that Thom Yorke gave an appropriate response to a bunch of Holocaust deniers. I wonder why  Dave Randall  chose to promote BDS rather than attack the antisemitism of the people driving it.  Just like Roger Waters it seems, Randell is blind to the Jew hate inherent in so much of BDS activity. Just look at this mob. How can you justify standing in solidarity with this vile hatred? An open question to Dave Randall. Do you now think that Yorke gave an appropriate response?

In a tweet retweeted 322 times, Liam O’Hare also gave this Jew hate publicity. One wonders why O’Hare felt the need to align with those that share Holocaust denial material, believe rich Jews control the world, and still link to the classic antisemitic forgery, Protocols of the Elders of Zion? It isn’t as if we do not know anti-Israel activism is riddled with those who hate Jews. Perhaps he should be asked whether he still thinks ‘Glasgow showed its opposition’, or rather it was just a few twisted individuals, many of whom clearly have a problem with Jews?

Samantha Maine at the NME also publicised the activity.  This isn’t unusual. Music industry magazines often recite Roger Water’s claims verbatim without looking at the clear Jew hate that is always present in BDS activity. I wonder if Samantha will follow up her article with a piece on how Scottish Holocaust deniers got her to write a positive article about their pet cause? Or perhaps we should ask another question. Samantha, how many people spreading Holocaust denial material would you expect to find in a group who claim to be anti-racist?

I would ask everyone reading this, to search out those that promoted this activity, and contact them pointing out just what level of Jew hatred, they have been busy promoting. Radiohead are on their way to Tel Aviv. Good for them. After all, you wouldn’t want them to be bullied by a bunch of people who promote Holocaust denial. Would you?

Help to support this work

Please if you can, consider making a donation to hep with the fight. I believe that attacking the lies and distortion for what they are is important. We need to be there to expose it. Mine is an independent action and research is expensive and time consuming. Even producing just one of these piece does take days, sometimes weeks, and whilst I do what I can, there are serious constraints that impact on what is possible. Your assistance can and does make a difference. Every contribution is greatly appreciated.