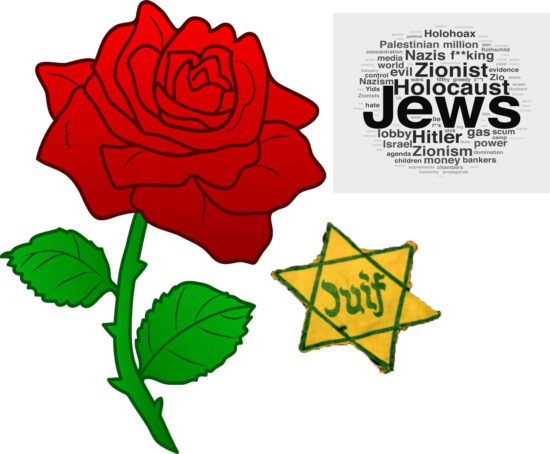 Fifty-six antisemitic conspiracies- by members of the Labour Party

You are about to enter a twilight zone, a place deep in antisemitic conspiracy. Everyone mentioned has implied that they have been members of the Labour Party. Many explicitly say they joined because of Jeremy Corbyn. Because of the antisemitic nature of these conspiracy theories, ‘Israel, ‘Zionist’ and ‘Jewish’ are used interchangeably.

There will be two images on each conspiracy, the first evidence that the poster is affiliated to the Labour Party, the other an example of the antisemitic conspiracy theory that they shared.

I have created this compilation for a simple reason. Antisemitism is not about what one person says or believes. Antisemitism is a way of seeing the world, an ideology, and the pieces need to be put together for the dangers to be understood properly.

One of the most widespread claims is that Israel did 9/11. I could fill an entire report with images just containing this antisemitic conspiracy theory, however I intend to provide just one example from each of the claims: 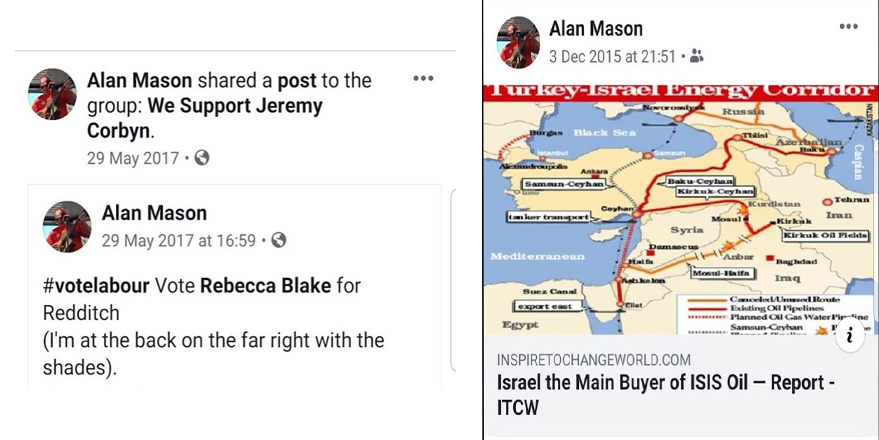 Israel was behind Charlie Hebdo:

Responsible for the November 2015 attacks in Paris:

The Zionists are behind the attack in Brussels too.

The Mossad blackmail MPs to get them to defend the indefensible:

The basics are always covered. Israel controls the media:

And the Rothschild Zionists control the money and the banks:

Israel abducted and murdered 25000 Ukrainian children for their organs:

Or perhaps they traffic stolen children’s organs to sell the other way:

Or just want to kill the children (Khadija Hasan and Cllr Anne Kennedy are one and the same):

Jews control America. This is another widespread antisemitic accusation. Sometimes they use the word ‘Zionist’ instead of Jews. Sometimes not:

The Royal Family are ‘Hebrew’ anyway:

Israel opened dams (that don’t even exist) to flood Gaza.

Zionist Jews are not real Jews but rather Khazarian ‘imposters’:

The Old Rothschild Bank expulsion story. This time from the neo-Nazi website politicalvelcraft:

The Arab spring was a Zionist plot to kill the Islamic banks:

This is because the Rothschild’s are engaged in a Master Plan to rule the world:

And Rothchild Zionists are responsible for all the wars:

Whenever something happens in the world, people are ready to blame the Jews. Like the recent attacks on the oil tankers: 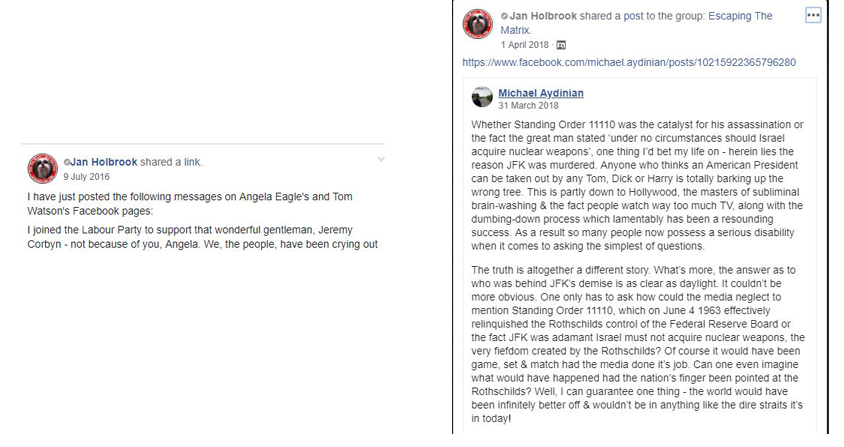 How about the ‘murder’ of Jewish Rothschild Princess Diana:

Or when Sergei and Yulia Skripal are poisoned by Novichok in Salisbury: 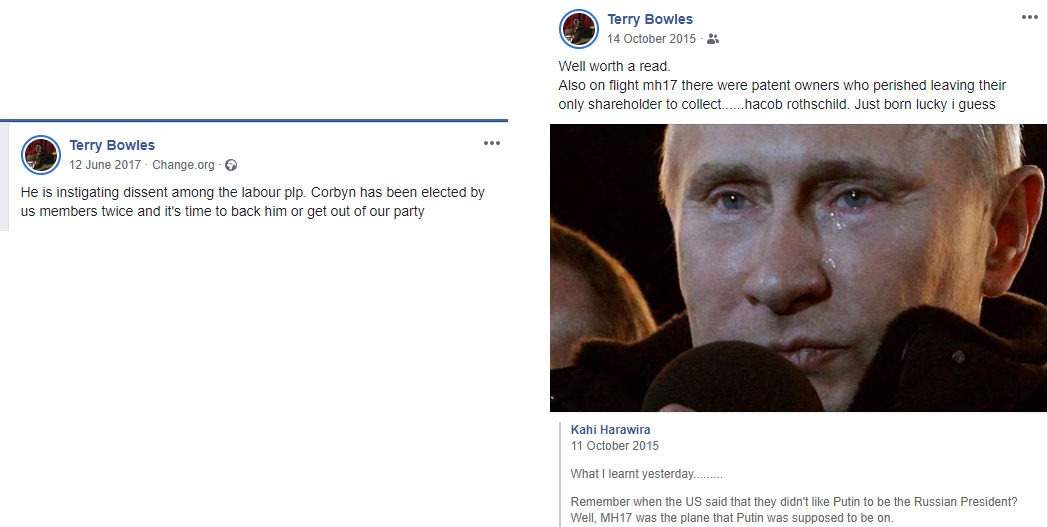 The London attack on 7/7 (and Istanbul):

And the attacks in Nice and Munich: 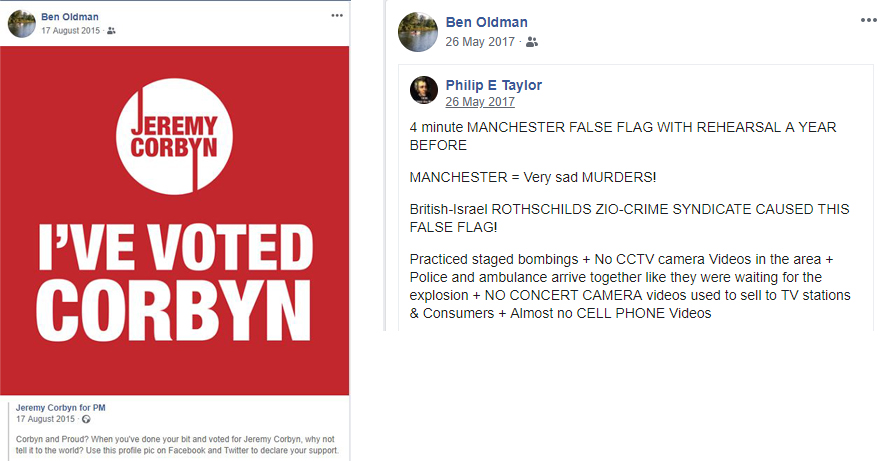 And the London Bridge attack:

Grenfell is all about the Jews of course:

Even the mass shootings in the US, become an antisemitic conspiracy theory:

The Mossad, which dominates MI5, are something to do with protecting British Paedophiles:

Perhaps because they corrupted the bible and are devil worshippers:

ZIonists were behind the Iraq war:

And the slave trade:

Israel are trying to control and censor the internet:

The UK are in debt, and we owe all this money to the Rothschild family: 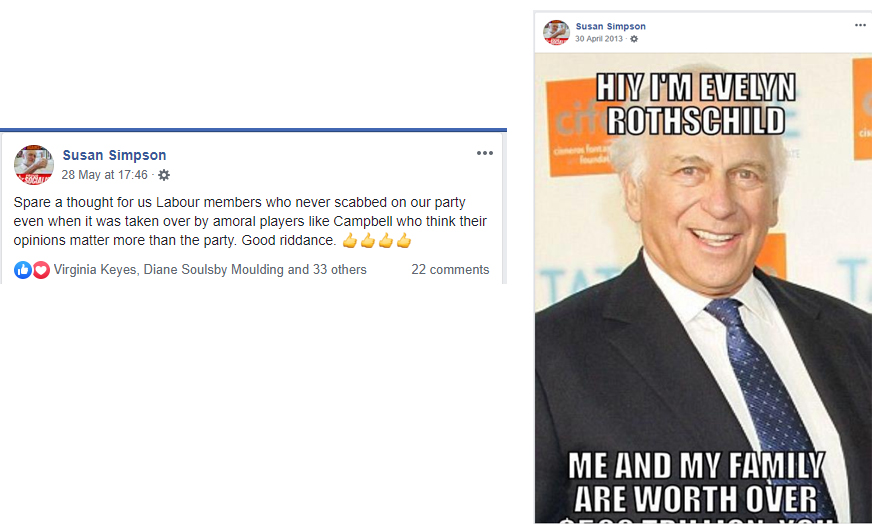 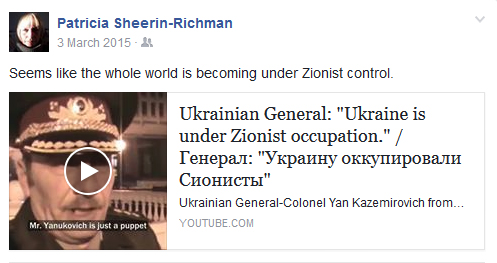 Israel killed its own citizens in a ‘false flag’ attack in Bulgaria in 2012:

The Holocaust is all about Jews making money:

It almost goes without saying that some think the Holocaust is a Jewish hoax:

Perhaps that isn’t surprising, because the whole of WW2 was a Zionist plot:

Whilst the Holocaust was ‘fake’, the Jews killed 20 million Christians (‘Holodomor’):

Whilst others believe the entire planet is undergoing ‘Judaification’:

And if you want to blame someone for all this antisemitism, why not blame the Jews themselves:

If you have examples of others feel free to send them to me.

Antisemitism sees Jews as the bogeyman. Everything that happens can be blamed on the Jew. When antisemitism spreads, the virus host sees three options for the Jew -to gather them together and supress them (the ghetto), expulsion or extermination. Never underestimate the danger of antisemitism spreading in a major political party.

I engage in deep undercover research and the work is fully independent. My findings highlight the dangers of false narratives and of antisemitism. I was recently named as one of the J100 (‘top 100 people positively influencing Jewish life’) by The Algemeiner. If you can, please consider donating to support this important work.

I have also opened a Patreon page. This is a way to donate a regular small amount monthly to support my work. Every contribution is truly appreciated.