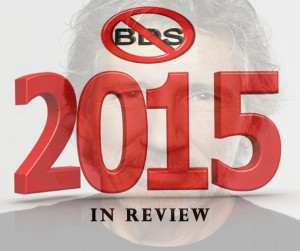 An open update on #BDS for Roger Waters

Hope you are well. It has been about 7 months since I wrote you an open letter, so I thought I’d check in on how we are doing on that #BDS lark. I think it is important we keep in touch, so I’ve decided to give you a 2015 year-end review.

First off, I have to say it was a bit embarrassing on the Matisyahu episode. Placing someone on the list of BDS targets because of their religion or political affiliation, that was a bit, well… you know. I mean he was an American that supports Israel, so what are we going to do next, boycott New York? BDS founder Omar Barghouti supports boycotting Jews who ‘like’ Israel, and at a #BDS event I attended, Yael Kahn, Chair of ‘Friends of Yibna’, said pretty much the same thing. I did try creating an app that names and shames all ‘Zionists’ so we can target specific non-Israelis for boycott, but in reality it’s just a list of Jews I found online. I am going to call the app ‘NAZI’, what do you think?

Then there was Marsha Levine’s response to the 13-year-old schoolgirl. Poor Shachar had been told by her teacher to contact an expert to help with a school project and contacted Dr Levine for help. Boycotting a 13-year-old wasn’t really the greatest BDS moment of 2015 was it? I mean it is a bit hard to justify publicly. Today on my FB page, someone posted ‘let’s just kill all the *****’ next to the #BDS hashtag. Privately, of course I know many of us want all the Zionists dead, but how do we get it across to our activists not to make that part of the public discourse?

The bank issue was a bit of a farce as well. Co-op throwing all these pro-Palestinian bank accounts in the bin. Not sure what the problem is. Apparently they ‘think’ the money might be used towards what they call ‘terrorism’. DUH! What do they think the money has been doing all these years – look at the place, the money certainly hasn’t been used to build schools, houses, food or clothing. Even if we cannot give the money to terrorists directly, maybe our genorosity may free funds elsewhere. If we cannot turn a blind eye to who gets the money, then where are Palestinian terrorists going to get the money to buy their weapons from?

The legal issues kept cropping up too. In the UK and the US as well as other places in Europe. Apparently, some people think that local councils voted in to deal with local issues, shouldn’t have individual foreign policies. I really do not get that. If I am voted in to make sure the streets are clean, then obviously my local constituents agree with my thoughts on Palestine, so stuff what government or the rest of the nation thinks. The issue has been sent to judicial review, so we may lose out on that one. Another set-back. What do you think about towns like Leicester and Nottingham building armies and invading Israel?

Then there was the jailing of Scott Harrison, who threw acid at someone working on a market stall selling Israeli produce. Why was he jailed? He is only doing what Palestinians are doing and they shouldn’t be jailed – right? Still it doesn’t make for good publicity when people read that our activists actually go around throwing acid on people. At least none of the major papers picked up the story, so ‘damage limitation’ works at least. 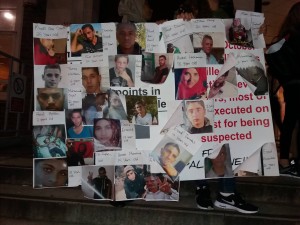 And on campus we ran into trouble over the latest glorious intifada. Our #BDS students were on campus in London in places like LSE and SOAS, standing in solidarity with the martyrs of the latest trouble. Our BDS leader Omar Barghouti called it a “popular resistance” (makes it sound like a few people standing on chairs and refusing to go back to work). Then someone pointed out that many of the people being praised, had picked up knives, walked down streets and randomly murdered people. Next thing we know, it is in the press and we have more negative publicity. Not sure what is wrong with glorifying murderers if they are only murdering Zionists, but I get that it cannot be the ‘official position’.

You haven’t been too successful yourself either have you? I mean yes, you apply the pressure, make a fool of yourself and get loads of us to write emails and threaten people (remember the death threat against McCartney?), but in the end people like Alan Parsons, Bon Jovi & Robbie Williams all turned up in 2015 and over the last few years, many of the major stars have gone. Howard Stern even had a go at you. As someone who has actually become rubbish at music and can’t sell records (I like your politics, but hey, you haven’t done anything of note outside of Pink Floyd), it must be really annoying for you. Maybe instead of writing open letters, you should sell them, at least that way you’d be selling something.

Then there is the biggest #BDS problem of all. Israel. Should we petition Israel to stop giving Arabs the vote, because then, it would really help our claim of Apartheid? And it just keeps inventing stuff. I may be able to go around and kick over an orange stall, hide a bit of kosher meat (lol, let’s starve the Jews) and picket outside my local supermarket, but that nasty Zionist state keeps innovating. They are world leaders in technology, medicine and so on. Do you think we should start boycotting hospitals because apparently huge amounts of life saving drugs are made in Israel? What about randomly attacking offices because they all use Israeli technology? Maybe I should just kick my neighbour because he looks Jewish.

All in all, Roger, it’s been a rough few months for the anti-Zionist #BDS crowd hasn’t it? Prison sentences, blatant antisemitism, shady money dealing, child abuse, anti-democratic actions, glorifying murderers. And worst still, all the sane people just ignore us. Let’s see what 2016 brings us. #BDSROCKS!

Speak soon and all the best,