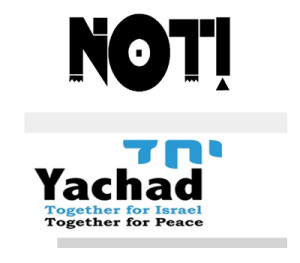 An open letter to Hannah Weisfeld, Director of ‘Yachad’.

I apologise for having to write this letter. I do not care for internal UK Jewish politics nor tend to involve myself in the arguments and machinations that surround it. My stance is and will remain focused on attacking those that delegitimize Israel. You are right when you state nobody can claim a monopoly on the word ‘Zionism’ and having spent 19 years in Israel I have heard all manner of arguments representing both right and left of the Zionist spectrum.

So your recent survey on ‘British Jews’, as cheap a political trick as it was, remained for me an internal British Jewish affair. I did have major problems over the way you presented the findings, along with reservations with the way this poll was compiled, yet though many people asked me to address the issue, I chose to stay out of the discussion.

This all changed following your opinion piece in Jewish News on 26/11, which to be frank, I found vindictive, distasteful and spiteful. You seem to be publicly venting bitter anger and frustrations out on those you oppose, but in doing so you let slip a mask that tells the tale of the difficulty you are experiencing making waves for, or positioning, the ‘Yachad’ movement in the UK.

Yachad made the mistake of being a copycat movement of J-Street in an entirely different environment. The UK is not America and political activism and the Jewish community are incomparable on this side of the Atlantic. I believe that in attempting to follow in J-Street’s footsteps, you sowed the seeds of your own downfall. It would be fair to say that many of the same issues that J Street struggle with have occurred faster and harder with Yachad, occurring of course without you having access to the resources and quantity of people needed to address them.

You may well be a left winger that defines herself as Zionist, but the further left you move, the less that definition is seen as positive. You live in a fractured world supported by those who will encourage you in words but rarely in deeds. Through its very nature, the opposition audience is naturally more engaged and there is no way you can compete. It is the underlying fundamental flaw in your movement. There are some Jews in the UK, who do identify as Zionists and who would vote perhaps for Meretz if Israeli, but it is too narrow a constituency. The further left someone moves, the less likely they are to care about Israel. Whilst in Israel these people are fighting the corner for their own futures, Jews who do so here are treading on the will of another nation’s democracy. It is one thing to ‘support’ a nation (and thus simply identify with the democratic will), quite another to actually oppose it.

So within Yachad’s constituency the further left a person stands, the less Zionist they become, until eventually there is simply an abyss beyond which only total apathy or anti-Zionism remains. This in turn means you find yourself stuck between Zionist movements that will attract those who wish Israel well, and anti-Zionist groups who wish to see Israel’s demise. And thus you embark on a journey down the slippery slope. You fight, but in a battle you cannot win and two fundamental changes inevitably occur. The first is that you place right wing Zionism as an enemy and the more you scratch, the deeper the divide and the more bitter the relationship becomes. In the end it breaks completely, this not unlike the political journey travelled by those such as Avram Burg who once a Labour party stalwart is now an anti-Zionist member of Hadash.

The second is related to survival. You have limited resources yet need to attract an audience from a constituency that barely exists. There are many moderating voices within already established Zionist movements, so if for example a British Jew wishes to see Israel, why would they travel on one of your advertised trips? The answer of course is they wouldn’t, so what is there left to do but turn towards the extreme left? And this explains the trips advertised on your website. You may as well rename them ‘how to become an anti-Zionist in 3 days’ given the message they deliver to anyone who takes one. And who would take them, if not someone already embarking on a trip down the slippery slope? Effectively, to survive you help people disassociate emotionally from the Zionist project, setting them up to engage BDS and other anti-Zionist movements. This places Yachad firmly on my radar.

I also checked your website for events. Primarily, the website is a cashless mess, part of the code behind the contact us page is broken, the site is not updated and you do not seem to have any events planned, this despite a claim on your site you have ‘hundreds each year’. Yachad reeks of a movement that does not have money or an identity. In turn you claim you support Israel but I take this list from your previous events page. 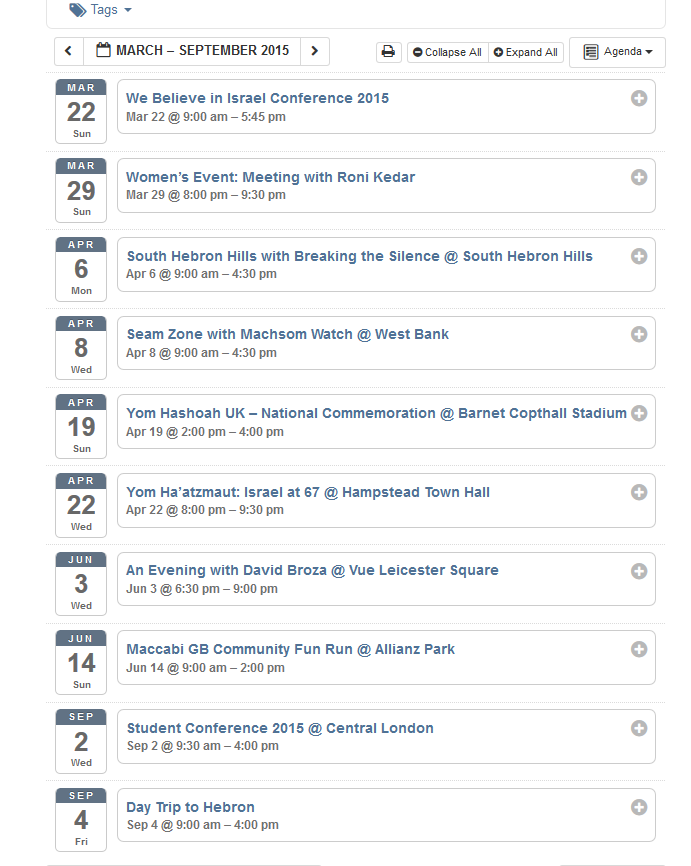 Across-the-board community events aside, Yachad’s definition of a left wing Zionist education apparently involves meeting someone from ‘Kol Acher’ , ‘Machsom Watch’, ‘Shovrim Shtika’ and a ‘Day trip to Hebron’. There is clearly no attempt at balance here and an audience that is attracted by such one-sided messaging, cannot portray itself as ‘supporting Israel’ at all. For want of a current partner in the peace process, the only movements that benefit from weakening diaspora support for Israel in this fashion include several proscribed terrorist organisations.

Which brings us of course to the survey. With a constituency that cannot be moved to care, with your political position being an irrelevance in the reality of today, and with complete redundancy facing your movement’s position, you needed to see what could be done to “revive Yachad’s fortunes and keep it in the public eye” (Geoffrey Alderman, JC 27/11). Thus the idea for a survey was born.

Opinion polls are notoriously flawed and the more difficult the proposition, the more flawed they become. Sometimes it is far too difficult to gather a representative sample and it is always far too easy to skew a response, even without it being deliberate. Natural bias is almost impossible to remove, even in the question creation stage. An opinion poll is created within a world vision. Clear support, such as Zionism, is impossible to hide, even with a survey such as yours, however question ambiguity and community naivety can be used to create false impressions. This is what your survey did so successfully. I am not therefore going to address the survey itself, because beyond a propaganda tool for your movement, it is simply worthless.

I will however briefly mention as an example one major issue you have been selling politically as fallout from this poll; settlements.

This is by far the biggest red herring in the Palestinian arsenal and one keenly supported by an ignorant western media. What is a settlement? Are you grouping together the building of a library or school in a town that everyone knows will remain in Israel with caravans on a hilltop situated next to an Arab town? Because the survey’s question does. Similarly, with the issue of settlements being an obstacle to peace, is the library as big an obstacle as a caravan on a hilltop?

Unless you have researched deeply the process, the negotiations, the realities on the ground and the conflicting positions of the interested parties, comments on what is occurring in the West Bank are going to be naïve. And again, the further left you move, the less someone is likely to understand. That of course holds true until they fall over into the abyss of anti-Zionist activism.

Additionally, you are distorting the word ‘despair’ that was taken from the survey. I felt despair when Israel began its actions in Gaza, I feel despair whenever I see Israel mentioned on TV, and I would honestly answer yes, I feel despair when I hear reports of Israeli settlement activity. If you then take my feeling of ‘despair’ and incorrectly identify it as an indication that I support your politics, you would be 100% wrong. The cause of my ‘despair’ is different, I feel despair because I know the criticism and argument that follows, my ‘despair’ is not about the activity itself, it is about what follows. My own mother feels despair every time Israel is mentioned, not because she opposes the policies, but because her emotional support for Zionism is challenged by the way the media represents Israel’s case. She too would probably have responded to that question in the affirmative.

That you therefore took the word  ‘despair’ and ran it as the headline was cheap political distortion.

The question on the boycott has too many assumptions holding it together to be taken seriously, along with the implied suggestion that my action would assist Israel in reaching a favourable outcome. Instead of asking it in the fashion you did, do you believe this statement:

I would be prepared to buy more Israeli goods as a counter to a growing boycott if I thought it would help stop Israel being pressured to make unneccessary concessions to the Hamas terrorist group.

would this have received the same kind of response?

In short, the survey was an academic joke, a weak attempt by Yachad to pretend it has a bigger or more relevant voice than it does. Hannah, we are not ‘yachad’ (together) far from it, and the sources that fund you may or may not be aware of the agenda you now have to drive. You are on a slippery slope and stand in opposition to the democratic will of another nation and the political choices of its citizens. Given the lack of a partner for peace and the fact Zionist movements here will reflect changing events on the ground in Israel, your movement has no viable cause at all. Yachad’s demise is inevitable, the only question is how much more damage you can do before it happens.