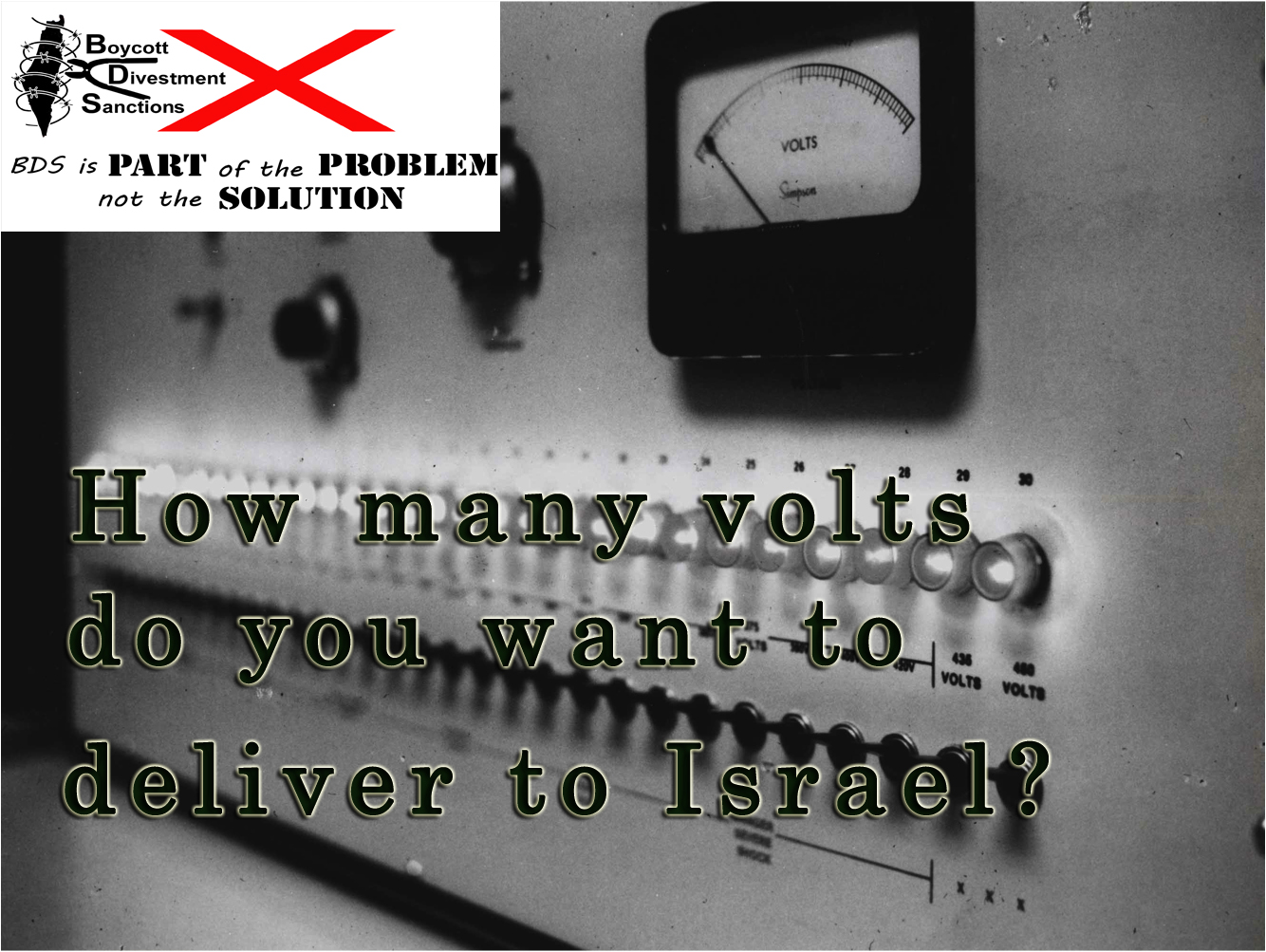 From Stanford to Milgram to BDS, we all know how this plays out. 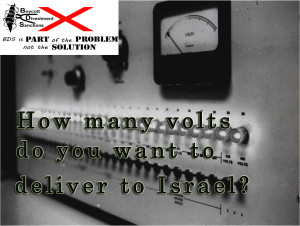 In 1971 a team of psychologists designed and executed an unusual experiment that was to be aborted before it had reached the half way stage. The Stanford Prison Experiment is now mandatory in the curriculum of first year students in a wide spread of disciplines. What was most notable about this experiment wasn’t just the abuse of power, nor that the head of the experiment lost his impartiality and objectivity, it was that despite approximately 50 outsiders encountering the ongoing experiment as it deteriorated, only one questioned its morality (this led to the early termination of the experiment).

There were a range of experiments after the 2nd World War designed to question ‘how it happened’, how it was that the horror of the holocaust could develop from within an industrial, relatively enlightened society. In 1961 the Milgram experiments began, spurred by the Eichmann trial, with the intent of answering the question, ‘just following orders or accomplices?’. In 1967, the Third Wave experiment, demonstrated the appeal of fascism through the creation of a social movement at school. This from one of the students involved:

“Be careful who you follow because you never know where they will lead you.” Mark Hancock (Third wave Student)

I studied these experiments and others in the first year of university. I also studied experiments that show the extent and manipulative power of peer pressure. As a whole, what we learn from them is that we exist within the rule of law for a reason. We receive our power through law, our laws are created through a democratic system and we balance these powers delicately through three bodies, a legislative an executive and a judiciary. Of all the people in the world who should be well aware what happens when power is created outside of this bubble, it is academics within universities.

Social movements within any nation are restricted from within the confines of the law in which they operate, but what about international ones? Movements such as BDS (the Boycott, Divestment, Sanctions movement against Israel) that cross borders, that are fed through social media and exist almost exclusively in the nethersphere, what restricts the abuse of power of those movements? How can someone feed such an animal and not worry about what happens with the power that it creates?

BDS does have specific aims. One of these is to force Israel to comply with a non-binding UN resolution (GA194). BDS defines it as an international law even though it is nothing of the sort. The demand to flood Israel (not the Palestinian state) with refugees that would bring about the de-facto end of the democratic State of Israel. Those supporting BDS do not necessarily support this position, they see the boycott movement simply as pushing forward the peace process, or in the terms of the Milgram experiment, simply delivering a small electric shock. The leaders of BDS, such as Omar Barghouti, openly declares he is in favour of a Palestine with no Israel, or in the terms of the Milgram experiment, delivering enough electric current to kill the subject. When someone empowers Omar Barghouti by supplying his movement with ‘their vote’, they do not get to decide when the experiment ends.

Understand this: Of the tens of thousands of social experiments that have taken place, there is not one, not a single example, that would suggest empowering the BDS movement is a good idea. It hides its goals, it bends its own rules, it has no executive, it has no legislative and it has no judiciary. It is a monster being fed by differing levels of hatred. The ones with the lesser hatred deliver the small electric shocks, leaving the true monsters to deliver the death blows. Even Islamic societies within the university campus are strengthened by every single vote BDS receives. Those empowering BDS carry on as if they bear no responsibility for the way others abuse the power that they have given it. BDS is a monster led by hard-core antisemites, those who are most vicious, those with the deepest hatred, those willing to deliver the harder blows, these are the people driving the movement by default. 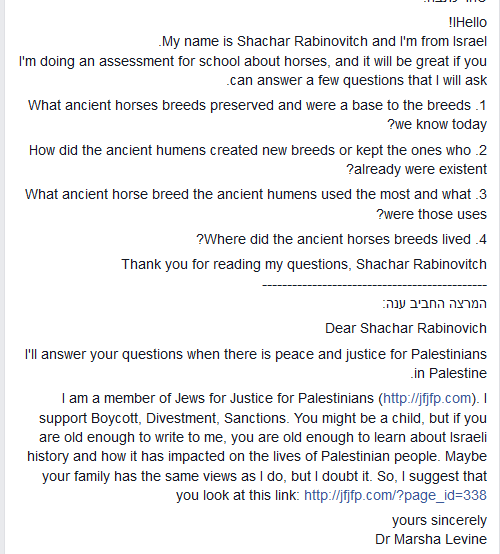 Two weeks ago the American Anthropological Association (AAA) overwhemingly endorsed empowering BDS. Their small electric shock was to boycott institutions but not individuals. This boycott of a 13 year girl is the response. Whether they wish to acknowledge it or not, AAA are a guilty party. You cannot empower a movement and not take responsibility for its actions. That an academic feels so much blind hatred that she delivers a stinging response to a 13 year old is simply disgraceful. The more you consider what Levine wrote, the worse it gets. When questioned, amidst her torrent of personal abuse against Israelis, Levine stated that ‘Jews have become monsters’. Levine also responded:

As the many academics who have been personally boycotted can testify to, the ‘institutional boycott’ idea is a fallacy to convince those only willing to deliver the small electric shock. Israeli academics are frequently shouted down, refused entry and openly boycotted. The blame for this too is placed at the door of anyone empowering any level of the BDS movement.When you vote BDS you empower those like Marsha Levine, you give strength to the bigots, the racists, the antisemites. You do not get to decide who does what.

Other groups that empower BDS support boycotting cultural and artistic endeavours, as the recent Guardian advert explained. So when movements such as this empower screaming mobs to ban a US citizens artistic performace on the grounds of his personal ‘political views’, each and every one of the signatures of the advert bears responsibility for such disgraceful censorship. For some, there may be a different line in the sand, but within a movement that has no clear vision, no rules, no regulations and no ceiling, everything becomes allowable somewhere. A movement that is infested by open racists with deep rooted hatreds, will clearly exhibit racism and hatred. It also corrupts from within, and in Stanford, even the one conducting the experiment became lost as the situation deteriorated. Nobody is immune. We know how social experiments such as this end up, we have seen it all before.

It isn’t about going after or punishing a single academic. It is about removing the very virus that is infecting academia. To identify it for what it is, then to extract it and eliminate it. Regardless of your political persuasion, BDS is a dangerous, insidious movement that will corrupt, and will continually bend to the most extreme vision. It doesn’t matter what you think, what you believe, or where your red line is, when you create a monster like BDS it will be the sadistic, the brutal, the ideologically extreme, that carry through their vision to the end.  Academics are the very people who should know this better than most, yet they are the ones leading the charge. It seems some of them need to go back and study just what happens when power is assumed undemocratically and internally confined, what peer pressure brings to the equation and how human beings react to power in specific circumstances. BDS is facing legislative pressure in nations that  have identified the undemocratic, racist, dangerous threat that BDS contains, France has already banned it, it is about time the UK did too.

13 thoughts on “From Stanford to Milgram to BDS, we all know how this plays out.”