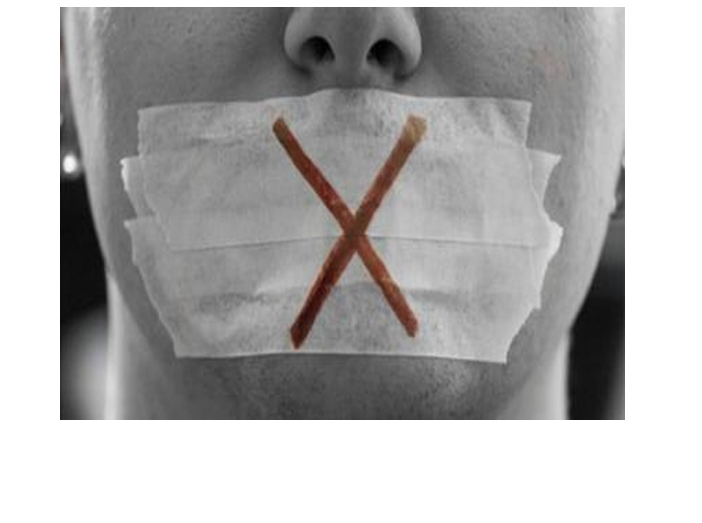 I start with an apology. This blog is one that I am forced to write. The trigger is a survey that the Board of Deputies is trying to put together. One I feel poses a real threat to our community.

Over the last few weeks I have tried in vain to open a dialogue with the Board of Deputies. I have not been alone in this and several avenues were tried. I contacted the President directly – and I did originally receive a swift and semi-positive response. Marie van der Zyl thanked me for reaching out and suggested we meet up after the New Year break. I waited and on the 7th January I wrote to her again:

This time I was blanked. Not even the courtesy of a rejection. From an organisation that is so desperate to steal the credit of everything that anyone else does – I thought they could at least acknowledge an email from one of those from whom they steal.  I did receive contact from several ‘gatekeepers’, who told me that criticism of the Board should be made ‘privately’. Odd that an organisation that so publicly throws Zionists under buses to score brownie points seems suddenly so shy of bad publicity. But I still held fire.

The Board of Deputies survey

That changed very recently. I was given the opportunity to pose a direct question on the survey to the very person running the Division responsible. To call the response ‘rude’ would be an understatement. I am precluded from giving the precise details but in an environment for open discussion – I was told I could not speak. Silenced – ‘No Platformed.’

As the Board of Deputies refuses point blank to discuss this the way it should be discussed – I have little alternative but to tell people just what the Board are refusing to address. The matter is serious and involves the entire community. Given the risks, you have a right to know. Whilst I find myself in the unfortunate position of needing to fight an internal community organisation – I feel it justified and I hope after you read this – that you will understand.

The information I have is this. That when the Nation State Law was introduced, the Board of Deputies issued a statement attacking Israel for it. The Board was criticised by some members of the community, who felt it has no place making such a public and negative attack. Those that have spoken to me about the survey have pointed to this event as the catalyst. The motivation stems from a desire to criticise Israel.

The survey is to be an internal one. A survey that seeks to assess the attitudes towards Israel of the Deputies.

I don’t care what the Deputies think

The vast majority of Deputies are not there because of their political positions on Israel. In other words, their view of Israel is entirely irrelevant to the Board’s policy. What does matter is that one of the nine constitutional objectives of the BoD is this –

‘the Board shall take such appropriate action as lies within its power to advance Israel’s security, welfare and standing’.

If any Deputies have a problem with this – they should either keep quiet or leave. Beyond their fulfilment of this objective – their position on Israel is irrelevant. But for some reason – the Board has decided it is vital to know their stance.

Skewing to the left

Surveys are easy to skew to the left. This is an atrocious example of a statement from the Yachad survey in 2015

How leading is that? The clearly negative overtone of the statement itself tells the person settlements are bad. ‘Despair’?? And what are settlements – is Jerusalem a settlement? If you ever want to see confusion on the face of a person who feels ‘despair’ when they hear Israel have approved further ‘expansion’ (which could mean they’ve just built a school or a library) – ask them to name just three settlements, see if they can explain areas ‘a’,’b’ or ‘c’, or even better- ask them to point out a settlement on the map. These surveys prey on peer pressure, virtue signalling and ignorance.

I have seen a draft of the proposed questions. They are highly complex and detailed knowledge would be required to answer them properly. Many Deputies simply do not have the knowledge – like the person who is in charge of the Division. I am told their knowledge of Israel is extremely weak. Which means the Chair of the Division pushing for this survey, cannot see or understand the pitfalls. He / she is however convinced it is a ‘good idea’.

And to the left it will skew

So what is going on? The driving forces behind this petition include three Yachad supporters – who all sit on the relevant Division. That’s right, Yachad are now so entrenched, they can have at least three of their own on a single committee.

One of these – incredibly – is someone who advertised the Kaddish for Hamas event. That’s right, we have no standards at all now, he is a Deputy –  ‘looking after British Jews’. Already we know that on a committee of just 16 we have at least 3 Yachad entryists working to influence a Division leader with a risible knowledge of Israeli politics.

What possible motive could Yachad supporters have to want this survey – unless they were pretty certain the results would support their own cause?

And this survey certainly will do that. They have ensured that the designers of the left-leaning survey of 2015 are behind this one too.

What happens if the results skew to the left (which they will)? Are we really meant to believe that some leftists won’t leak it for political expediency?

Worse still – they can then apply ‘legitimate’ pressure on the Board to issue more frequent condemnations of Israel. This is probably a key motivation. After all, if it turns out that a large enough proportion of the Deputies have an issue with ‘settlements’ (a loaded word not clearly explained in the survey) will the Board then begin to offer public criticism of Israel when new settlements are announced?

If you say ‘no’, you are being short-sighted. The hard-left don’t ever rest – they destroy from within – it is what they do. If you don’t believe me – go and look at what they did to the Labour Party. The BoD will criticise – you will complain – and they will point to their survey as justification. What will you be able to do? Nothing. It will be too late.

The very fact that it is the hard-left pushing it should set off warning bells. Does the United Synagogue for example – really want to be funding a Yachad survey that will almost certainly be used to justify more frequent criticism of Israel by the Board of Deputies? I very much doubt it.

The Board of Deputies and a costly mistake

The BoD make too many mistakes. The latest was their ‘10 pledges to end the antisemitism crisis’ – directed at the Labour leadership contenders  – which did not contain a single mention of the word Israel. After all we have been through in the last four years – how can the BoD be so tone deaf? The Muslim Council of Britain automatically filled the void – producing their own ‘10 pledges‘ and making sure ‘Palestine’ was well covered.

The Board of Deputies displays an arrogance, a level of incompetence, which leaves them overly defensive to criticism and willing to stick their fingers in their ears to make a bad situation – a whole lot worse. I wanted to sit down and talk to them – instead they went out of their way to turn me against them. How that helps, I have no idea – you’ll have to ask them – assuming of course they’ll even be bothered to meet you.

This survey is another one of their mistakes. And it may be a very costly one. Their response of course will be to paint me as a right-wing extremist. That one-size-for-all smear used against anyone that criticises them. They won’t do it directly – perish the thought – they’ll send a few of their gatekeepers onto Facebook to post a few nasty messages. These are the games they play now.

We have real enemies out there. And I want to be focusing on fighting them. But this isn’t just a sub-plot. Nor is it a battle for Israel. Israel is going to be fine – this is a battle for us – the Jewish diaspora. Two generations from now – when the number of British Jews sits at under 150,000 – the remaining small pockets of secular Jews will look back at us – at the generation that taught their children to dislike Israel. Without success they will try to understand just what we thought the result of such a strategy would be. Let us not be that stupid.