Before the Holocaust, a bureaucratic snapshot of European Jews in 1934

Today is Yom Hazikaron laShoah ve-laG’vurah (יום הזיכרון לשואה ולגבורה) or ‘Holocaust and Heroism Remembrance Day’ in Israel.  It is celebrated on the 27th of Nisan (Hebrew calendar) each year. For me, a student of history, the Holocaust is a living thing, that has roots stretching back decades before Hitler came to power, and still reverberates today. Outside of the details in a book, the Holocaust took millions of real people, mothers, fathers, sons and daughters, and with brutal and calculated efficiency, exterminated them because they were Jewish.

One of the most haunting days I have experienced at the National Archives in Kew, was when I stumbled on a dry bureaucratic document from 1934. Hitler had come to power and Jews were once more being unsettled through persecution. The British viewed this with alarm. Not because of any particular fondness for European Jews, but out of concern for a potential rise in immigration into the British Mandate of Palestine. So they took stock of some the Jewish community in Romania, Poland, Czechoslovakia and Germany.

I thought I would take a moment out of ongoing research, to share some of this with you. This is some of the world that was.

Before the Holocaust – Romania: 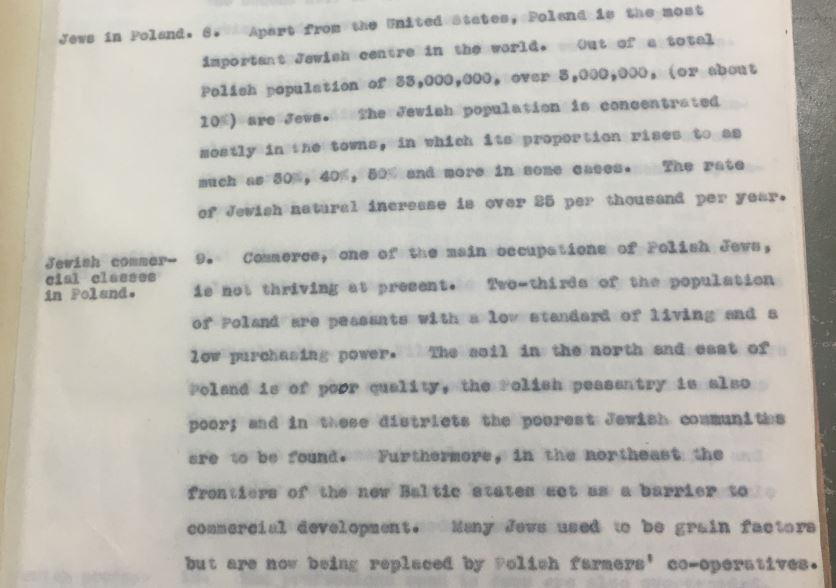 A note on the image above. As part of the revisionist history currently being promoted, is the lie that ‘Zionism’ until the war was almost non-existent. It suits hard-left politics to promote the Bundist movement as being the ‘natural choice for Jews’, and suggests that until the Holocaust, Zionism was not major currency. Yesterday, in time for Holocaust Remembrance Day, the modern Yevsektsiya, ‘Jewish Voice for Labour’ ran such a piece on their website.

Put aside the absurdity of suggesting that the ‘stay where you are’ ideas of the Bundists, who were wiped out by the Holocaust, have validity. This report explicitly suggests that years before Hitler began his war of conquest, ‘the great majority of the younger generation was anxious to leave‘. It goes on to say that pressure on Palestine was very high and would remain so. The Polish section of the document spanned several pages and the word ‘Bund’ did not appear once. 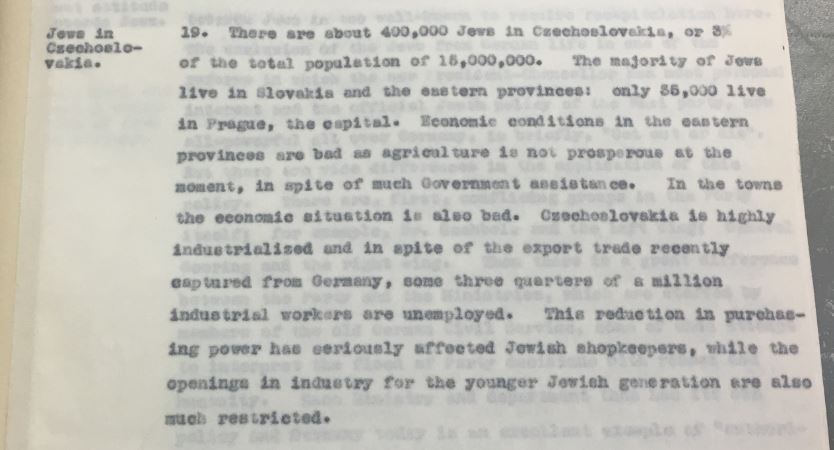 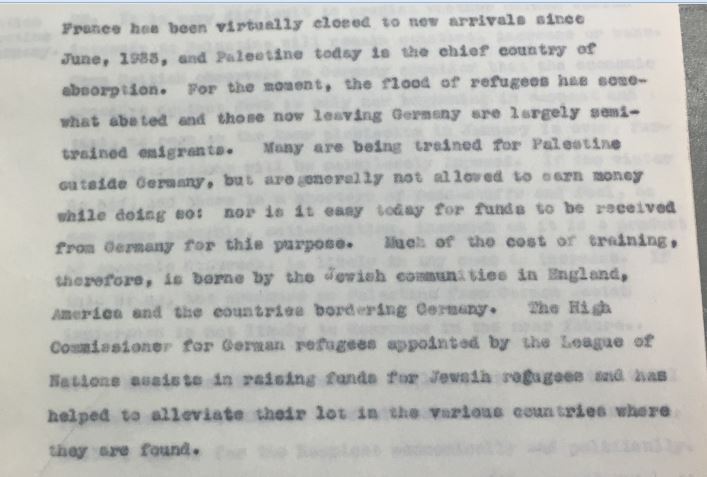 This blog is unique, and the type of investigative journalism that this work requires is intense, and at times expensive. I fight antisemitism and the revisionist narrative that demonises Israel. I was recently named as one of the J100 (‘top 100 people positively influencing Jewish life’) by The Algemeiner. My work is fully independent, and your support makes much of what I do possible. This research can and does make a difference.

If you can, please consider making a donation. Either a single amount or if possible a small monthly contribution.  We need to be there to expose the hatred and the lies. We have to shine a light into the shadows and show people what is happening. Look at what we can find. Every contribution is greatly appreciated.

15 thoughts on “Before the Holocaust, a bureaucratic snapshot of European Jews in 1934”