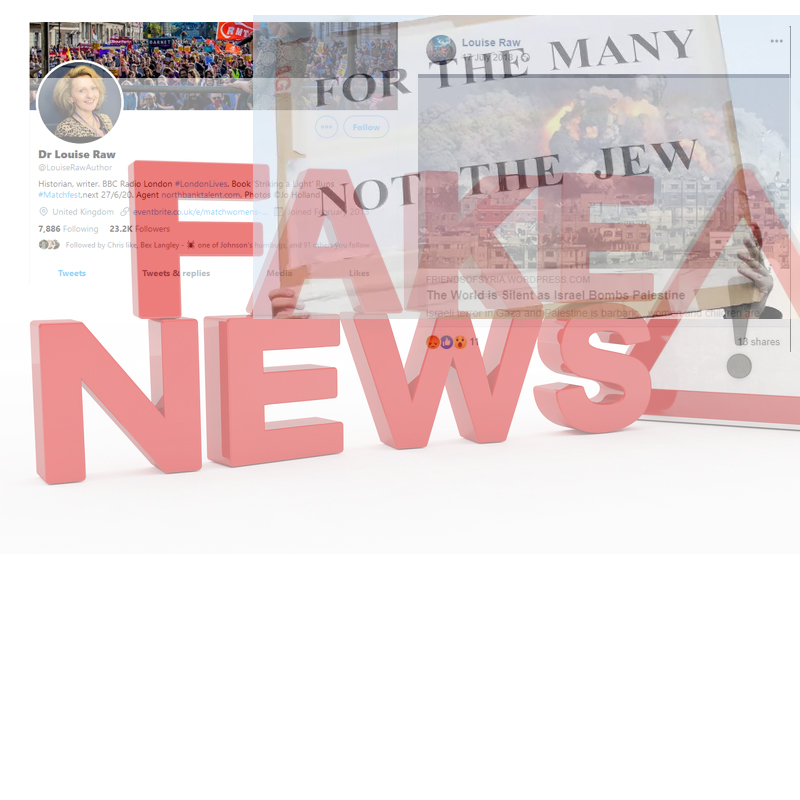 A few days ago there was a vigil held to stand in solidarity with Jews against recent antisemitic attacks. We all know about the antisemitic graffiti that turned up in the Hampstead area just a few days before the new year. There is no way of being absolutely certain of the political leanings of those behind the attack. However, this is not the US, and 9/11 conspiracy is more prevalent in the hard left of UK politics. In fact, show me a Corbynista and I will show you someone with 9/11 conspiracy theorists for friends. I’ve been researching this for years and it is by far one of the most common of the antisemitic accusations that has spread throughout Labour party forums.

Which made it so odd that the Labour hard left would want to come out in solidarity with the Jewish people over this particular episode. It isn’t as if they have a major problem blaming Zionists for 9/11, and they’ve spent the last 4 years talking down this antisemitism – which leaves them doing little more than protesting the act of graffiti rather than the antisemitism behind it.

They can’t openly stand against all their friends – so they first cast doubt over the 9/11 message. They blamed this act on the far-right. The date of Kristallnacht was put forward as an alternative meaning behind the antisemitic message. Kristallnacht occurred on the night of 9-10 Nov. This seems somewhat absurd although not impossible. Far right antisemites tend to be ‘in your face’ Jew haters. It seems odd that they would leave a message so unclear about what it is they were trying to say. Google ‘9/11’ and ‘Jews’ and you’ll see that this invariably is about the attacks on September 11.

I had originally decided not to write anything about the event. The vigil was a sickening act of appropriation and I felt loathe to bring it even more attention. It was the type of political stunt we have come to expect from the hard left. The vast majority of the Jewish community were not welcome at the event. There were even activists pointing out ‘Zionist’ reporters who turned up. People came with badges calling for the boycott of the Jewish state. It was a highly offensive event.

Token Jews were of course put forward at the vigil. A handful of people from the fringe of the community. Corbyn’s hard left still haven’t learnt the basic lesson that tokenism is racism. As a group Jewish Voice for Labour were explicitly set-up to deflect accusations of antisemitism – they even counter-protested Jewish community events on antisemitism – who in their right mind would think it appropriate to have them attend?

My work over the last few years has made a time-consuming investigation into an event such as this unnecessary. We know antisemites are present. Take for example this post by United Community Camden thanking Carol Foster for her ‘help’: 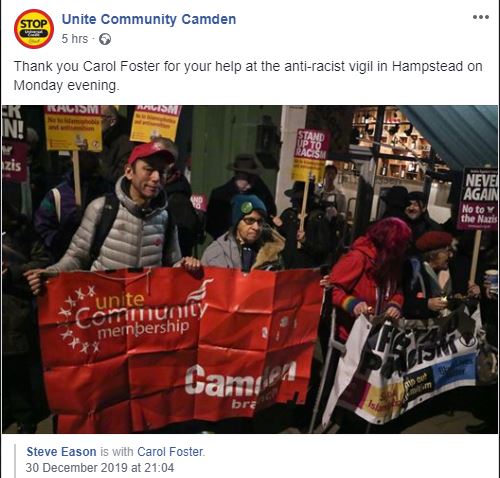 Carol Foster? Carol would be known to readers of this blog as one of the admins of Palestine Live. Here is a ditty she wrote about the ‘Jewish lobby’ who in her eyes are ‘demons’ that need to be robbed of ‘their power’: 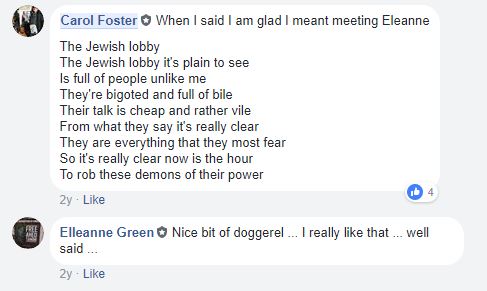 Gerry Downing was also there: 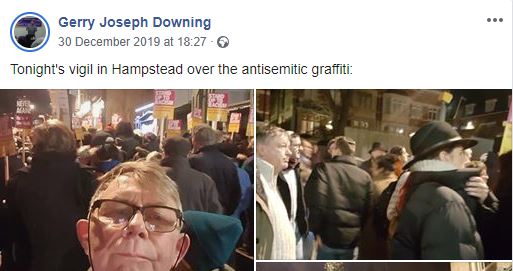 Downing was expelled from Labour for writing about – you guessed it – things like 9/11. He also put out an article about the need for Marxists to address the ‘Jewish question.’

Heckled at the vigil

The focus of this piece however is one of the speakers at the event – Louise Raw. Most of the Jewish community stayed away from the event in anger but some Jewish people did turn up to voice their displeasure. The issue of antisemitism was being hijacked by people they felt were chiefy responsible for creating it – and they wanted to have their voice heard.

Since the event Louise Raw has been busy attacking them (the Jewish demonstrators) rather than the antisemites. Raw even went so far as to imply that prominent Jewish campaigners against antisemitism had been singing ‘Tommy Robinson’ chants.

And here we run into trouble. Louise Raw is referencing a second event – which took place the night before the election. She is claiming the Jews at the vigil were also at the Corbyn event and as they left they were ‘chanting for Tommy Robinson.’ What an awful smear. Trouble is – I was at that Corbyn event. And as I always do for safety reasons – I have my camera on from the moment I arrive until I have left. And for their own protection, the Jewish demonstrators all left the event in a group. It goes without saying that at no point did these Jewish campaigners start singing about Tommy Robinson. Which means I have complete timestamped footage on a memory card that proves this smear is a baseless lie.

Who is the trusted source that Louise Raw has used to build this smear upon? It is a Corbyn radical called Guy Smallman. Smallman is just another anti-Israel activist. He has also defended Labour from charges of antisemitism. Here he is both hiding behind a radical Jewish sect and calling the Labour antisemitism crisis out as some type of plot:

When Raw uses the word ‘reliable’, she simply means she likes his politics. It is a self protecting bubble. Here is Smallman starting the vile smear on Raw’s Facebook post. This seems to have been enough for Raw to make the accusation with. No evidence at all.

Finally – a point to make to Louise Raw herself.  As a speaker at the event – it seems odd that Louise has personally shared hard-core antisemitic websites with her friends. 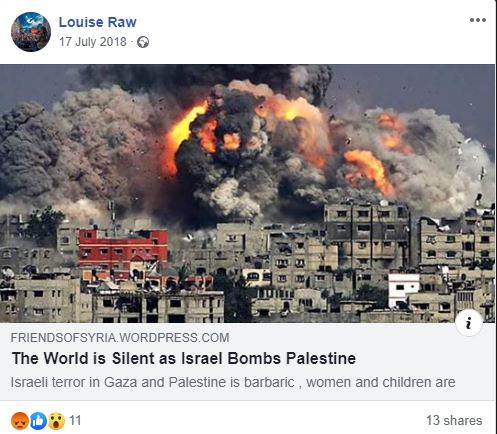 The fake-news website – ‘friendsofsyria’ is full of the most extreme antisemitic material, from Holocaust denial to – yes of course- 9/11 conspiracy theory.

Raw clearly had no problem promoting this site to her friends as something to read. So yes, a speaker at this insulting vigil has shared Holocaust denial websites. A historian who has no sense of real of fake. How refreshing.

Perhaps it would be helpful if Louise Raw would stop smearing the Jewish people who have a problem with the disgraceful vigil – and started thinking about why they have a problem – and look more closely at those people she stands alongside. Does she really believe that Carol Foster and Gerry Downing are the anti-racists? Because she is clearly standing in solidarity and defending them as she attacks and smears British Jews.

But then again, Raw also felt that a vile antisemitic website was worth sharing with her friends. Perhaps we shouldn’t take much notice of her opinion at all.