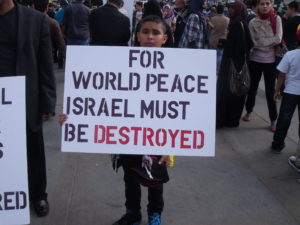 Many years ago, I had a frantic evening visit from two very old, and very close Jewish friends. They suggested there was something urgent they needed to discuss, and just a short while later, Anna and Martin were sitting opposite from me, sipping some strong exotic alcoholic concoction. I remember, just before they spoke, wondering which one of them had been diagnosed with the terminal illness.

As it happened neither had. Anna was expecting. To many people reading this, confusion now reigns. Why was this not a moment of unbridled happiness?

It is a long and complicated story that I need not retell now, but health issues presented deep and troubling considerations. The pregnancy itself was in many ways unexpected. They consulted all their friends and family. Conflicting opinions were the order of the day.

I gave my advice. What I personally encouraged them to do is of no relevance to this story.  Several months after that discussion, Anna gave birth. It was a very problematic but ultimately successful delivery.

Today Haim is a successful and happy adult. If we were to make a list of what constitutes success, Haim would score highly in almost every single one. Yet my word, this Jewish lad has enemies. In a sickening turn of events, some act as if Haim’s life is somehow up for debate. There are actually people who publicly suggest they want Haim killed.

Not the Chinese kid or the boy from Pakistan. Not the Russian or the South African, nor the Brit or the African. They see the little Jewish kid, and it is *only* him they want ‘removed’.

These people are the modern day anti-Zionists.

This letter in the Guardian is a classic example of twisted logic.

In 1903 the British government offered the early Zionist movement an isolated area of what is now Kenya for a national home for the Jews, a proposal that split the Zionists into opposing camps. One favoured acceptance, but the other insisted that a Jewish homeland, and future Jewish state, could only be in the historic homeland in Palestine. The second camp won, and the proposal was refused. I am one of those who regrets that rejection. Does this make me a Jewish antisemite?

Apparently, because some people opposed a theory in 1903, objecting to today’s reality somehow amounts to the same thing. The Independent are another that throw this false premise around at will.

Radical left and Islamic groups find and use Jewish people willing to promote the smear and elevate them to ‘guru’ status. Ilan Pappe, Max Blumenthal, Ronnie Barkan are a few examples. In the UK, people like Naomi Wimborne-Idrissi  are readily sought out by radio stations and newspapers to push this insane idea. As about 90% of Jewish people in the UK see Israel as forming part of their Jewish identity, the tiny minority of ‘opposites’ are rolled out to provide an umbrella against arguments of antisemitism. As if a few Lord Haw Haw‘s could represent the people of Britain in 1940.

These people do not want you to know the truth, so they blur lines at will. Yes, Israel has issues it needs to address with its neighbours, but internally, Israel is (even living within the circumstances of Islamic radical terrorism at every border) a very healthy society to grow up in. As gays are persecuted throughout the middle east, as Christians are slaughtered, *only* in Israel are you free to be yourself, whichever identity you have chosen to be.

Since shortly after Israel was founded, the radical left began to have issues with Israel. The Cold War created a fault line in the Middle East. As Israel roundly beat the Arabs in war, highlighting issues with inferior Soviet technology, these victories demonised Israel 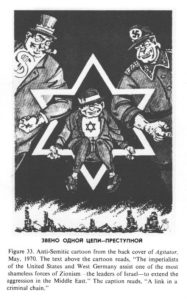 in Soviet eyes. This sees some of the seeds of modern anti-Zionism. Roots in the good old USSR. No surprise then, that whilst classic antisemitism exists in the far right, radical elements on the left take their lead from the fossils of Soviet Russia.

The basic equation is this. Protecting yourself is not racism. The birth of modern Zionism, of Israel was forged as a way of protecting Jewish people from the blatant irrational hatred called antisemitism. Today Jewish people living in Israel protect themselves. It hardly takes a genius to work out how antisemites view Israel.

It is not enough however, just to attack Israel over the way it defends itself, so these anti-Zionists make up ‘facts’ about what is going on inside Israel too. It is why one of the three clauses of BDS is about Israeli citizens, why events such as the upcoming Balfour project in Southwark Cathedral has a film about Israeli citizens too. It is an attempt to blur the lines, to make people confused about where the borders of the problem lies. If you are in a discussion over Israel and anyone mentions Israel’s minorities, they are deliberately blurring lines. The UK has issues with its minorities, so does the USA, everyone does.

That this anti-Zionist movement is ‘non-violent’ is yet another chronic deception. Opposition to Israel is never non violent. Israel has never known a single day of peace. Strategies like #BDS deliberately entice adherents by suggesting theirs is a peaceful struggle. Yet as the leaders of #BDS themselves argue. BDS is ‘one of the tactics’ one of the strategies’ of what they call resistance (an end to the existence of Israel). This from Riya Hassan:

“BDS is a tactic. A tactic within a broad spectrum of tactics that an indigenous people who are fighting for liberation deploy”

So they call for boycott as they celebrate the terrorists who murder innocent civilians in the street. Another ‘strategy of resistance. When you assist one arm of the struggle, you strengthen the other. It would be foolish to argue otherwise.

So Israel faces those that seek to destroy it. Even as they deny this is even what they seek. They wish to bring an end to Zionism, to Jewish self determination, through boycott, through terrorism, through sanctions, through rockets, through divestment and through war.

Because Israel will fight to survive, which makes all of the talk of ‘non violence’ extremely sickening. Israel’s enemies seek to weaken it through delegitimisation, because until know they have been unable to do so through conflict. They will pick up arms. Not just the Jew. But the non-Jew. The Christian, the Muslim, the Druse, the Beduin, the black and the white. For here is another truth. In the UK we call ourselves a multicultural society. Yet Israel’s largest minority is relatively larger that all of the collective minorities in the UK. Israel’s diversity  makes the UK look like a white supremacist state.

So these radical anti-Zionists. The ones who make up stories, blur the lines and use false logic. They want people to join them in attacking the Jewish state.  Not in theory, but in practice. It isn’t 1903 anymore. Haim lives. They don’t want you to attack the Chinese lad, nor the Russian. Not the Arab, nor the African. They all want you just to help throw stones at the Jew. Of all of the people that live around you, it is only the Jewish one they want to kill.

Now tell me. How is that NOT antisemitic?

12 thoughts on “The story of a Jewish boy called Haim”