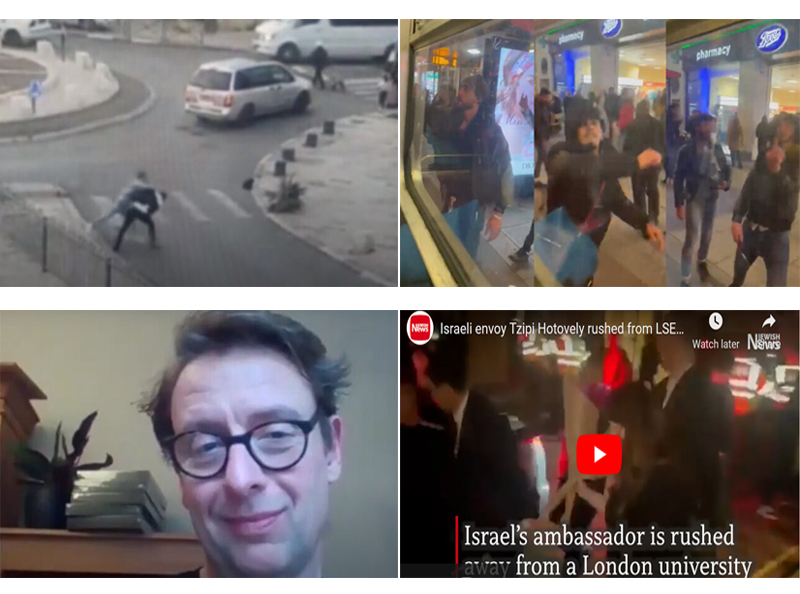 What type of Jews do we want to be?

This article was originally posted on my blog at the Times of Israel on 6 Dec 2021.

Over the last few days we have been witness to two key events involving attacks on Jews that were captured with clear video footage.

The first was an attack on a busload of Jewish children in the heart of London’s shopping district, a group that was out celebrating the first night of Hanukah.

The footage, taken from within the bus, shows a group of men spitting at the bus, cursing the Jewish passengers, banging on the windows, and giving Nazi salutes. The video of the attack swiftly went viral.

The second event was the latest terrorist attack in Jerusalem. A Palestinian terrorist attempted to murder several Israelis and was soon neutralized. The footage of this attack also went viral.

Let me deal with the London event first. It is true there was some outrage, both the Mayor of London and the British Prime Minister made public comments condemning the antisemitic attack.

But in the media, things were different. The Guardian just ignored it, but it was the British national broadcaster that went the extra mile. The BBC actually combed the audio in the video and somehow created a story that they could hear ‘anti-Muslim slurs’ coming from the passengers of the bus.

As much of what can be heard appears to be in Hebrew, it seems that they mistranslated a cry for help (‘Tikra lemishehu, ze dachuf’ – ‘call someone – it’s urgent’ – h/t GnasherJew). The Board of Deputies has asked for an apology – but so far all the BBC has done is reduce their claim of ‘slurs’ to ‘slur’.

But it is the motivation here that matters almost as much as the bad reporting. Why on earth would anyone care what victims of an attack were saying during the attack itself – even more so if many of them were children? Let us not forget that this is from a BBC that has a history of translating “Yahood” (Jew in Arabic) as “Israeli.”

As former British Army Commander Col Richard Kemp pointed out yesterday – the attackers only managed to insult the Jews on the bus – the BBC took care of all the rest.

In the second example, the Jerusalem terror attack, anti-Israel activists soon shared edited footage that deliberately stripped out the context from the event. Gone was the attack itself – all that remained was a short clip of the terrorist lying on the ground, with shots being fired, an image that suggests Israelis just go around shooting people.

There is nothing accidental in the sharing of the edited footage. These people know exactly what they are doing. They are feeding their followers lies in order to demonize Israel, Zionism, and, by extension, Jews.

It does not matter what Jews do

In both cases a viral story was spread that made the Jews – the victims of these deliberate attacks – look like they were either monsters or at least had somehow contributed to or provoked the attack.

But still, in both cases, Jews were being demonized. It is a lesson that many Jews, especially in the diaspora still need to learn. It is not the action of the Jewish person that dictates the narrative, but rather the motivation of those writing the story. And in far too many cases, the motivations are unhealthy ones.

I have been researching antisemitism in anti-Zionist activity for longer than I want to remember. Many of my reports exposing antisemitism have received widespread media coverage. Over the years I have learnt what news about bias and antisemitism floats in Jewish circles and, just as importantly, what does not.

Everyone gets angry when a busload of children is attacked; some get angry when distorted footage of a terrorist attack is widely shared; almost nobody gets angry when the UK does not even have the decency to vote against a UN motion that erases Jewish history in Jerusalem.

The list of things that many in our community ignore is long. It took years for dozens of hard-working activists to expose enough of the antisemitism problem in the UK Labour Party to wake up enough people for a 2018 demonstration at Parliament Square. Now that Corbyn has gone, most have gone to sleep again.

By the time the message being delivered is a more complex one about the dangers of the bias in the BBC, academia, Wikipedia or NGOs like Amnesty International, it even turns many people off. They react as if you are being unreasonable and extreme.

But where does the danger Corbynism posed come from if not from people fed on a diet of disinformation and bias from outlets such as the BBC, Wikipedia or Amnesty International? What possible sense is there in getting angry at students who harass the Israeli Ambassador at a campus event but not caring at all about the academics in the university that are feeding the students the lies that create the anger in the first place?

We only seem to react to the hate when it is already banging at our door. This is a deeply misplaced and dangerous strategy. One that almost inevitably will cost us dearly.

We do not help ourselves

Antisemitism is undoubtedly on the rise, yet what we witness in Europe and the United States are only the events that explode into violence, and it is only these we seem to be willing to deal with. The undercurrent – the atmosphere that is being created which leads to the explosion of violence is something we do not want to address.

And far too many of us are even willing to point the finger of blame at Israel, as if somehow if Israel just ended the ‘occupation,’ all the antisemitism would just go away. It is as if 3,000+ years of history have taught us nothing.

I had two exchanges this week with parents about their children who go to Jewish schools in London. The first was a parent who told me that during a discussion about Judaism, one of their teachers compared the Maccabees to the Taliban.

The second parent told me that their child had been approached at school by a teacher who told them they had seen them at a street demonstration about Israel. The student replied in a surprised fashion that they hadn’t seen the teacher – to which the teacher responded – ‘no – I was on the other side.’

If this is the message they are receiving from their teachers in Jewish schools, what on earth will the next generation of Jews in the diaspora end up believing? In truth we are failing ourselves, our children, and our community, and when in the future the angry mob come knocking on our children’s door, they may even believe they deserve it. We are teaching our children to be victims without pride.

There is no reward for remaining passive and believing it will all blow over. It won’t. Whether we are active (Israel) or passive (London) – they will still demonize us. It is what antisemites do.

Corbynism was just a warning sign. U. of Bristol professor David Miller? There are 100 Millers out there teaching the next generation of leaders. Wikipedia? I’ve lost count of the number of antisemitic editors that are butchering the online encyclopedia. Amnesty? Amnesty actually employs anti-Israel activists to write their reports. Journalists? May well have been taught at university by one of the David Millers’. And we live in a world today where everyone is too scared to address the elephant in the room: the level of extremism and antisemitism in parts of the Muslim community.

It really is time to wake up. We need to decide just what type of Jews we want to be. Those that sit and wait and cross their fingers, or those that stand up to take action. Because next time, when enough of us are angry enough to turn up at Parliament Square, it might just be too late.

We have to fight back against the spread of antisemitism and the lies of anti-Zionism. I engage in forensic research, much of it undercover – it is unique, hard-hitting and it goes wherever it needs to. But this research also depends on community support. The results speak for themselves and for seven years I have been exposing hate and creating headlines.