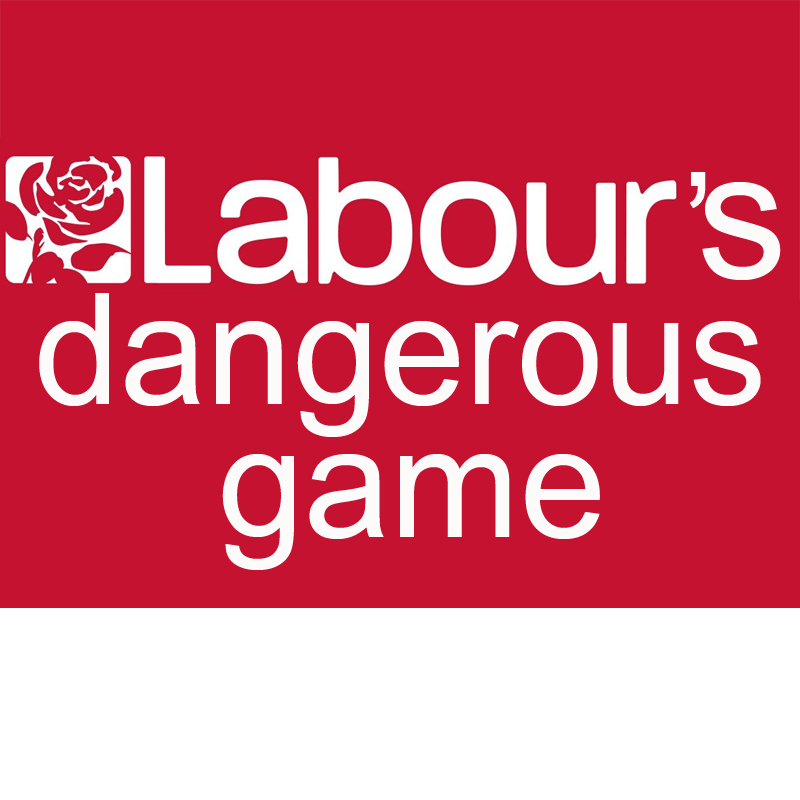 The Labour Party are playing a very dangerous game.

Yesterday Jeremy Corbyn was reinstated to the Labour Party. The day seemed choreographed. Corbyn first published a statement as a ‘clarification’ to ‘clear up any confusion’ over what he had said following the release of the EHRC report into antisemitism. I doubt the carefully worded statement was not agreed in advance. Then a panel of the party’s governing body deliberated for several hours before deciding to reinstate him. Much of this may have to do with Labour’s finances, Corbyn’s union support and Starmer’s desperate need to be able to face the inevitable legal bills with some type of slush fund. ‘Ironically’ (not that we Jews get irony) it may be the long term damage Jeremy Corbyn did to the Labour party that actually saved him.

Whatever the hidden truth behind yesterday’s dealings, in reinstating Jeremy Corbyn the Labour Party gave a burst of adrenaline to all the antisemites it had so carefully nurtured over the last four years. It is difficult to overstate the dangers of the game they are playing.

The Labour Party and the growth of antisemitism.

Last December, Jeremy Corbyn was firmly rejected by the electorate. For five years I have been battling for every centimetre of it’s soul. My reports on what was taking place, the 2015 and 2016 invasion by extremists and the radicalisation of ordinary Labour members, made headline news. Through it all though, I held hope. I was certain that Corbyn would be defeated in an election and then I thought, it may be possible for moderates and sanity to take over.

What was underestimated by many, was the damage Jeremy Corbyn managed to do in the 4 years he held power. Much of the political battle we see is around the leader’s office, the NEC and factional infighting amongst MPs. Yet what happened in those years was more about the complete takeover of the grassroots. There are many local CLPs around the country that are still Corbynite strongholds. Places Jewish members are afraid to tread.

The truth of Corbyn’s faithful

Amongst Corbyn’s faithful, and there are a lot of them, there is a singular truth – that the accusations of antisemitism are a smear, put together by Zionists who seek to stop all criticism of Israel. As the battle against Corbyn intensified, there was exponential growth in the number of these ‘believers’. The more Corbyn was attacked – the more evidence they had – the more numerous they became. Antisemitism was a growth industry, and the Labour Party HQ was the main factory.

Even with the election won, there was only one thing that would really help to push back against the rising tide – and that was the EHRC report.

The mess the Labour Party made

With the EHRC report published, it became vital that Keir Starmer played a strong game. Not with words but with actions. But Keir is a politician, who sees this as being about electability and salvaging the party. He is wrong. This is about the Labour Party paying a debt it owes to the Jewish community and cleaning up the toxic trail it has left throughout the country. They owe us this. They created an army of antisemites.

Keir does not see it that way. He does not see beyond his own political strength in the party. When someone graffitied ‘Jewish lies matter’ in Hove, yesterday morning, I drew an immediate link with the mess that the Labour party made. But unless I can prove it was done by a current Labour member, Keir does not care. It isn’t his problem. The same can be said of those members that Labour expels. Once they are no longer Labour members – Labour do not care anymore. To them it does not matter that they are morally responisible for creating the monster in the first place. 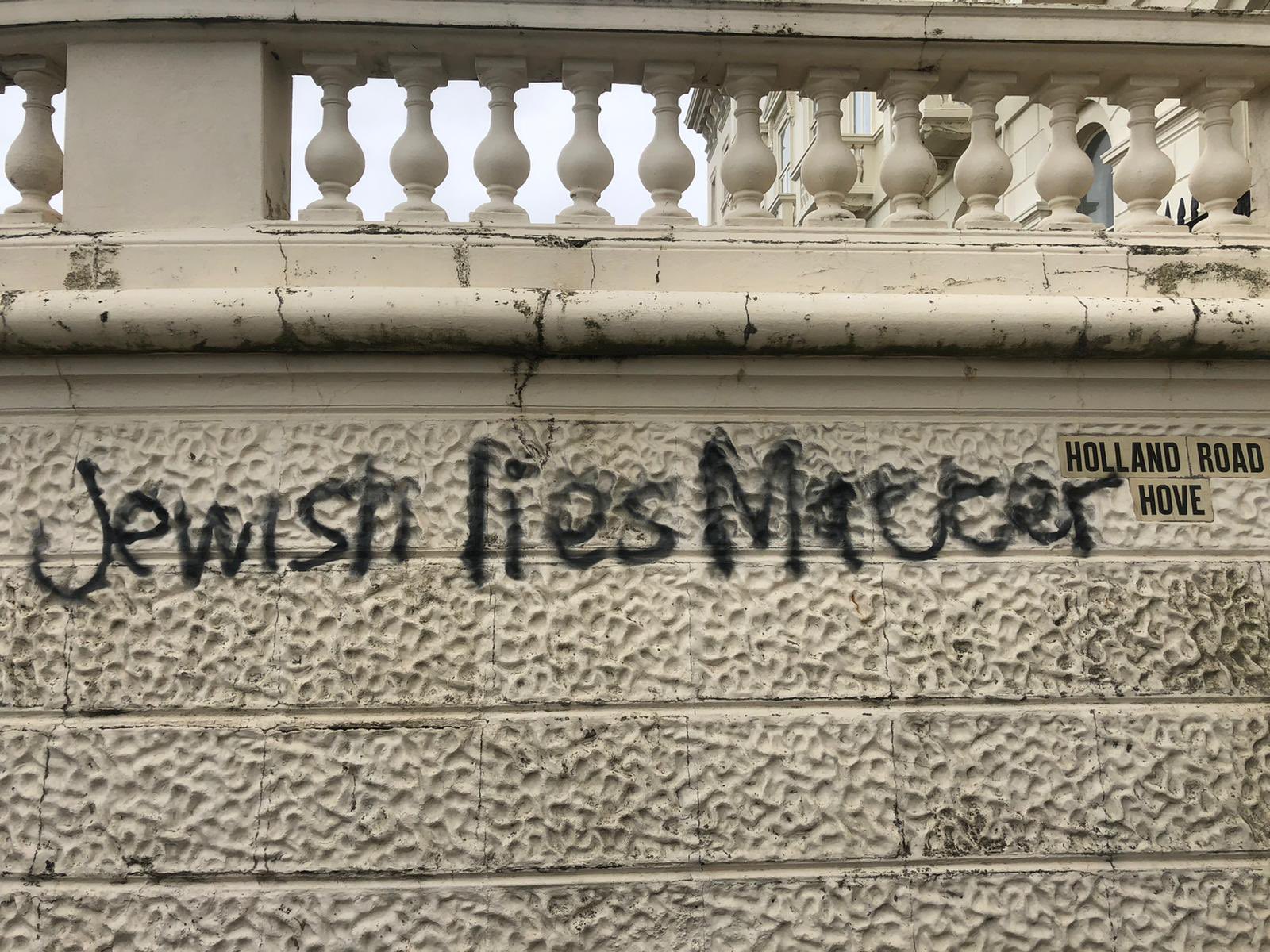 Which is why Jewish organisations that rushed to hug Keir Starmer were at best naive, and at worst, self-harming, idiotic, elements of our community. It will take intense and consistent effort to undo what has been done and for many years Keir stood by Corbyn’s side. Why the rush? Couldn’t they wait just a few months for the photo ops and to feel like they are ‘loved’ again?

The Labour Party plays with fire

My alarm bells were set ringing again two days ago when I saw ‘Apartheid’ trending on Twitter. A new Labour NEC member Gemma Bolton was placed under investigation for social media posts she had made. One of which was about Israel being an Apartheid state. When asked for comment, the Labour Party spokesperson remarked ‘that all allegations of antisemitism are taken very seriously.’

I have little doubt that Gemma Bolton will not face suspension and I am unsure who reported her for what. What I do know is that the backlash was swift. Suddenly, *we* were being laughed at for suggesting that calling Israel an Apartheid state was antisemitism. Their joke went viral and our reward for Labour investigating Bolton was several hours of viral smears against Israel. This is the way it works now. The Labour Party act, Jews and Israel pay the price.

When she is finally cleared, the antisemites will have another victory and Apartheid will trend again. I have written 1000s of pages on Labour’s antisemitism and not once did I ever consider using the ‘Apartheid’ smear as an example of antisemitism. It is wrong, a vile distortion of the truth and a spiteful smear, but unless it is accompanied by other obsessive anti-Israel behaviour, there is no way we can prove it is antisemitism. We have to be careful here. What Labour did was devastating and I think most people do not understand how dangerous the current situation is. We cannot empower their antisemites. Which is why what the Labour Party did with Corbyn was so unforgivable.

Yesterday was a very good day for antisemites. I do not know how many of them felt vindicated, but their sense of vindication is very dangerous for British Jews. Jeremy Corbyn was responsible for leading the party into the most shameful episode of its history. His response following the EHRC publication proves he is still not willing to digest the full horror of what he did. That man has no place in any mainstream political party and the Labour Party should want his toxic followers as far away from their CLPs as possible. From a justice seeking, ethical position, the suspension / expulsion of Jeremy Corbyn was a no-brainer. Instead he is back in the party.

One look at the responses that Jewish people received to their anguish about Corbyn’s reinstatement should tell you everything you need to know about the dangers we now face. These people believe they are right. They seriously think we are just making noise to protect Israel – which they also happen to believe is a genocidal, ethnic cleansing, Apartheid state. They see us as monsters guarding genocidal monsters.

Do not underestimate how delusional they are. I have chosen not to show the 100s of abusive messages I received from delighted antisemites, but rather to highlight how far removed from reality they are. This is what someone tweeted to me yesterday. Jon Pullman is not a nobody. Jackie Walker’s witch-hunt film was his production, and he truly considers himself ‘open minded’:

‘1000s’ of JVL members? This is a ludicrous thing to say about a group that cannot pull more than the same 5 faces to every demonstration. But they really do believe this stuff is true. That is why it is so dangerous. And yesterday Keir Starmer thought that it was wise to give these delusional people a shot in the arm. Unforgivable.

There is no hope for the Labour Party without a man at the helm brave enough to drive the whole thing over the cliff. The signs are not good, and the clock is ticking. Those extremists on campus will be running for council positions in a few years. The new generation of Holocaust deniers will be teaching in schools. Union leaders will quote Jenny Manson from Jewish Voice for Labour, because the BBC still provide them with a platform.

Keir Starmer is looking after the Labour Party, the universities are worried about their finances, the BBC just want ratings. Not a single one of them actually give a damn about the Jews. In these dangerous times, this means that we have to make sure that we stick up for ourselves.  Which is why we must keep fighting. For every centimetre of ground.

149 thoughts on “The Labour Party are playing a very dangerous game.”