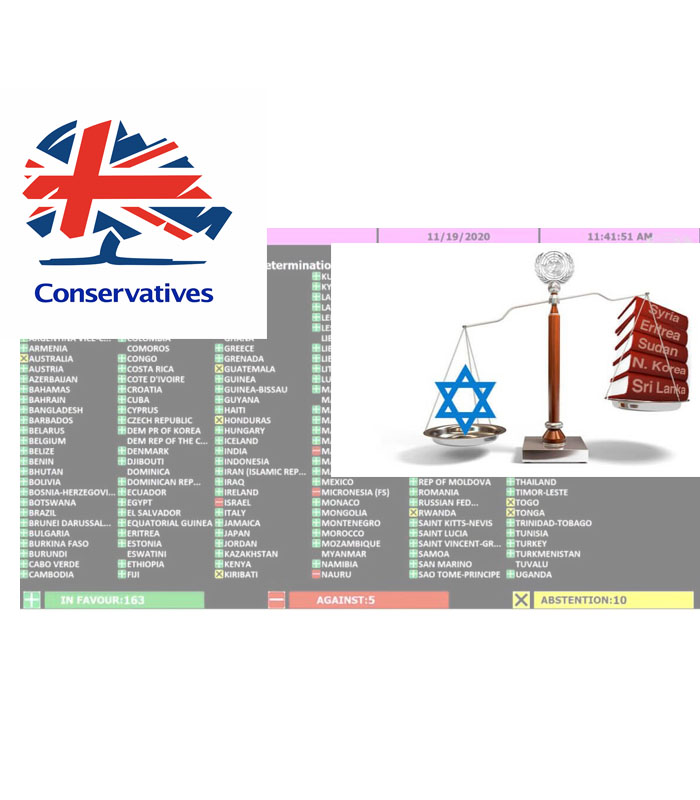 The Conservative government dumps on Israel – again and again

The Conservative Government has an 80-seat majority. It means that for the first time in over a decade, we have a government with legroom. The signs were good. Boris has ridiculed the BDS movement and the Conservative party is publicly vocal about the anti-Israel bias in international forums such as the United Nations.  In June 2018, Boris attacked the UN Human Rights Council, calling the permanent anti-Israel fixture, ‘disproportionate and damaging,’ and vowed to vote against these resolutions if they persist.

But when the Conservative government is actually put to the test – it stabs Israel in the back.

The United Nations is currently sitting for the 75th session of the UN General Assembly. On the agenda are twenty-four resolutions. Incredibly seventeen of them are attacking Israel. Looking around at the state of the world, any sane person would have to wonder how it is possible that Israel warrants almost 75% of the UN’s time.

This disproportionate, damaging, obsession is exactly what Boris Johnson referenced about the UNHRC, also taking place at the UNGA. Every year without fail. An endless list of anti-Israel resolutions put forward by the world’s worst despots.

The Conservative government sides with despots

The Conservatives have been in power now for over a decade. They have as large a majority as they could possibly hope to have. Yesterday they voted against Israel. They did the day before too. The co-sponsors of yesterday’s resolution were Syria, Venezuela & North Korea. What possible excuse can a British Conservative government have for voting with the likes of Syria and North Korea against the only democracy in the Middle East? 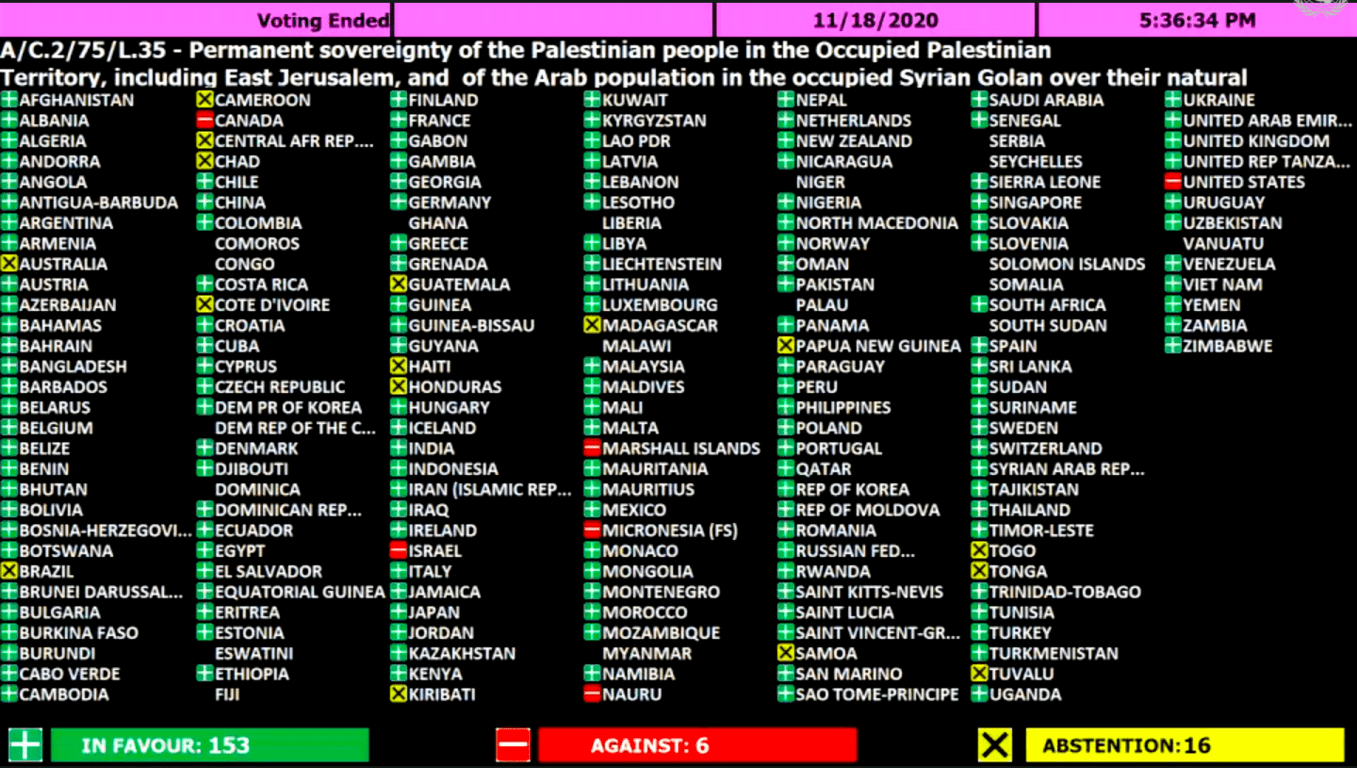 Earlier this month, the UK abstained on an anti-Israel resolution that referred to Jerusalem’s Temple Mount solely by its Muslim name of Haram al-Sharif. What have the Jews done to the British Government to deserve such treatment? The UK voted for five of the six anti-Israel resolutions passed on that day.

It is true that all the EU states are also guilty. So what? These same EU states failed to introduce a single UNGA resolution on the human rights situation in China, Venezuela, Saudi Arabia, Cuba, Turkey or Pakistan. Don’t we expect more from the Conservative government than bowing down before an antisemitic, anti-Israel, pro-Islamist obsession?

The Conservative government doesn’t know where Jerusalem is

It was announced yesterday that Israel would be re-added to the travel corridor following a sharp reduction in the number of Coronavairus cases in Israel.

Disgracefully, Jerusalem is listed separately from Israel on the UK travel corridor list.

Jerusalem is the capital of the State of Israel. No other nation has its capital city listed separately. So let us look at a map: 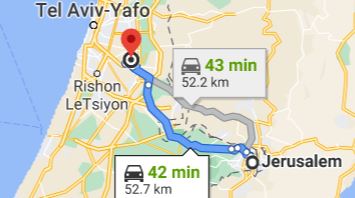 Let us say you are in Jerusalem. We will also pretend, however much it hurts us, that Jerusalem is a separate entity. How can you possibly get to Heathrow without spending time in Israel? The whole thing is absurd. Listing Jerusalem as separate from Israel is absolutely nonsensical in this context. Which means this is just another example of the UK Government spitting on us.

Antisemitism – all this matters

The Conservative government says it opposes antisemitism. It has given great lip-service to ‘the cause’ of fighting antisemitism as a weapon with which to create for itself an eighty-seat majority. But you cannot say you fight antisemitism if you constantly feed it. This type of activity obviously feeds antisemitism. Go onto the timeline of any antisemite and search for ‘united nations’ or ‘resolutions’:

The UK creates the legitimacy for antisemitism by siding with despots at the United Nations. Anyone who truly wanted to fight antisemitism would not give them this weapon to wield. Once the resolutions are passed, haters, antisemites and anti-Israel propaganda organisations are gifted with a deadly weapon – legitimacy:

No media outlet in the UK reports on the twisted bias at the UN when UN resolutions are referenced. They carry weight and they spread antisemitism straight into the mainstream. This is our government’s fault. If the nations of the west -which fund the UN and other global Israel-obsessed organisations – actually stood their ground (and really meant it) all this would end. It would be over in a day. The Conservative government should be one of those leading the way. Instead, they side with the despots. The Conservative government holds hands with Syria and North Korea as they bash Israel. These UN votes, along with toxic NGOs such as Amnesty, are the pillars upon which anti-Israel activity is built. Take them away and their entire argument is shattered.

In one single way, Jeremy Corbyn’s Labour party was refreshing. Driven by rabid antisemitism, we knew where we stood with Corbyn. Labour unashamedly had a Jew-hating, obsessive anti-Israel focus. So much so we had to mobilise and we spent four long years battling against the antisemitic hate. With the current Conservative government, it is all smiles. They even used Corbyn’s anti-Israel stance to attack him. Yet the truth is this – in the UN, it would have made no difference at all who was in power – the Conservative party or Labour. At the end of the day, the vote would have always been the same. How can it be that our ‘friends’ vote the same way as our enemies?

Which friend would not oppose a resolution that strips the Jewish history from Jerusalem?