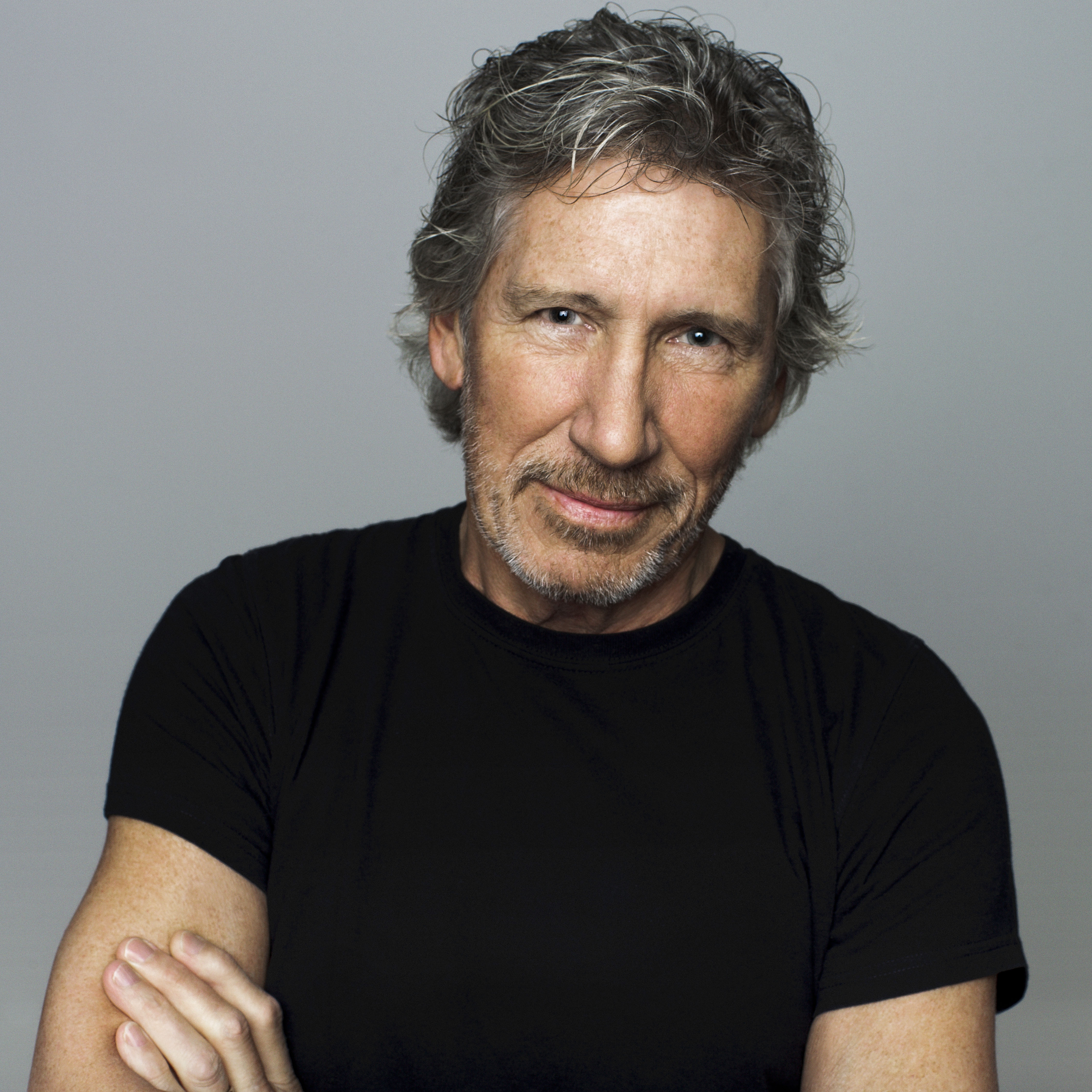 There is nothing personal in this letter. I am putting aside your history and ignoring the relationship I have had with your music; I have simply read your recent public comments and felt a need to respond.

I am a Zionist, which simply means that I believe the Jews have the right and need to control their own destiny just like every other nation does. That for a long time, Jews were without that nation, doesn’t detract from that right. Or arguing another way, believing what you do, I doubt you would suddenly announce that all Palestinian claims had expired due to some imaginary time limit.

You argue by having ‘researched’ that your opinion is of more weight and value than anyone who disagrees with you, claiming as you have in the Dionne Warwick case that she is ‘ignorant’ and ‘misunderstands’. You support dismantling the Middle East’s only liberal democracy (the ‘one state solution’) in line with the central tenets of the BDS platform. I have no intention of dealing with propaganda or the creation of a separate storyline; my intent is simply to show that the basic facts highlight that the BDS narrative is wrong. What I am also not going to do is suggest Israel is without flaws, nor posit that Israel is always right; that isn’t my Zionism; for me Israel has every right to be a state that makes mistakes; just like the UK. At the same time, my Zionism allows for the Palestinians to be victims too, even if you and I would radically disagree both about the causes and the possible solutions to the conflict.

As for your research; many people have studied the conflict, many taking opposing views to yours. I too have done so, spending many years living and working with both Israelis and Palestinians. You have clearly taken a stance that considers some ‘sources of information’ untrustworthy, building your opinion only from those you have chosen to follow. Most people do that when taking sides, but it is important to remember your opinions are not facts but merely conclusions drawn from individually and carefully selected pieces of information.

Some issues are not opinions. For example, there is only one land in the entire Middle East where an Arab citizen can vote for, sleep with, or pray to, whoever he/she wants, and that is Israel. Unlike *all* of the nations that surround it, and despite continual conflict, Israel tries to provide freedom for all its citizens. What is most odd about BDS, is the attitude it has towards Arab Israelis, because they are, factually, the freest Arabs in the Middle East. If you look at the conflict and see suffering Palestinians, that is one thing, but if you look across a Middle East where universal suffrage does not exist, people are beheaded for praying to the wrong god, girls are mutilated to deny them the joys of sex or people are killed just for loving the wrong person and yet you still feel the need to highlight inequality between Israel’s citizens, then your cause has nothing to do with rationality. That level of prejudice isn’t what you gain from research, and when aired publicly, it is nothing more than venom coming from a simpleton on a soapbox.

But what of the main ‘stated’ cause of BDS, the Palestinians themselves? You make continual historical comparisons, referencing the abolition of slavery, the black rights movement in America and of course the great boycott success against Apartheid; yet you fail to grasp the fundamental flaw in your reasoning. In all of those events, there was no conflict and only a single narrative lay behind a denial of fundamental freedoms. One man’s ownership of another was an absolute wrong, so too was creating laws based on the colour of the skin; but the slave owners and white South Africans didn’t dispute the narrative, they justified it through prejudice. The slave was never free, his life was never his own and he had no choice but to be a slave. Nothing he or his family ever did could change the manner of his existence; according to the white man, the black mans’ life wasn’t the black man’s property to change.

In Palestine however, historically, there was no occupation, nor indeed a conflict; the original denial of rights, was not by Jews to Arabs, but by Arabs opposing the immigration of Jews. People leaving persecution had their entry to British Palestine opposed by some people living there; it isn’t a totally accurate comparison, but for modern equivalence – think BNP. Another fact; in the very small window Jews had to escape Nazi Germany, Britain restricted immigration because of local Arab pressure. How many additional Jews were needlessly murdered because of that policy?

Another fact; the Mandate was built on a one nation for all policy, a ‘one state solution’, but was absolutely rejected by the Arabs. You always begin your comments with reference to the events of 1947-1949, but in truth the BDS proposals, as they pretend to be, were rejected long before this. The partition, described in the Peel report of 1937 and eventually turned into an international position in 1947 was a result of the Arab rejection of a Jewish presence in British Palestine. This from the preamble in the 1937 report:

“one side put itself, not for the first time, in the wrong by resorting to force, whereas the other side patiently kept the law”.

It is therefore both ironic and absurd that BDS should suggest the solution to the partition is to create a single state, when the very rejectionism behind BDS led to the abandonment of the one state idea and the idea of partition and two states in the first place.

1947-1949 was to see a civil and then regional war erupt, a war based on the continuing Arab rejection of the Jewish presence in the region. Fact: The Jews won that war and Israel was born. But 1948 is a tale of two narratives; the Jewish one and the Arab one – and the BDS movement only represents the extreme side of one of these narratives. Not the outcome of well-meaning research, but distorted vision, selective positioning and the absolute rejection of historical facts because of prejudice.

The deliberate ethnic cleansing described by the Palestinian narrative is a myth that is easily discarded by even an elementary process of investigation. Facts:

I am certain some strategic areas had hostile Arab populations removed to gain an advantage in the conflict, just as I am certain other Arabs simply left to get out of the way. The first war ended in 1949. More facts:

The problem with building an opinion on sand is the arguments do not stand up to any pressure. You can only support such a vile notion as BDS through ignorance or prejudice. BDS isn’t like the fight against apartheid and will not nor can it ever be allowed to win; It’s a fringe movement of extremists trying to dress itself up to be something it is not.

The BDS movement is a continuation of extremist Arab rejectionist policy that has duped Europe’s left into believing it is somehow comparable with a call for black rights in South Africa. It is a revisionist nonsense that isn’t interested in Palestinian rights, nor democracy, nor self-determination. It isn’t a movement of hope, nor one of peace and has nothing to do with an independent state for the Palestinians. Those who align with BDS have taken sides with the aggressor, waving the flag of war, trying to convince peacemakers to fight alongside them. BDS is part of the problem, not the solution. BDS does nothing less than call for the destruction of a liberal democracy.

It is all rather sad and pathetic really. You are wrong and you are being foolish, given that, I have no idea why you would wish to publicly spread around whatever nasty thing it is that you have caught. If artists want to go to Israel, let them. Israel is the only nation in the area most of them could have been born in that would have let them develop freely and express themselves – Israel is young, it is dynamic, it is successful. It is fully integrated with the global economy and it is not going to disappear just because the same warmongers have found a different strategy. People should be allowed to celebrate the success of Israel in any way they see fit – consumers buying its products or artists performing in Israeli cities. BDS, like so many regressive campaigns of hate and ignorance doesn’t stand a chance.

78 thoughts on “BDS : An open letter to Roger Waters”