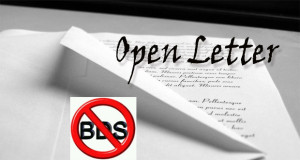 I spent the weekend of the 17 and 18th October 2015 at the School for African and Oriental Studies (SOAS) to attend a conference. SOAS was one of the specific universities “named and shamed” as an institution that gives a platform to extremists. The conference was the 10th Annual Conference of the SOAS Palestine Society titled ‘Settler and Citizens: A Critical View of Israel’.

I wish to address the substance of this conference within the context of the new PREVENT strategy. I must stress, I am neither naïve nor an extremist. There are divisions over the Israeli /Palestinian conflict that are wide, sharp and emotive. People who live in the shadow of a vibrant democracy, yet do not enjoy full freedoms for themselves, clearly should have their voice heard, and that is regardless of the underlying cause of their situation.

And if, events such as the conference at SOAS were addressing this issue or, attempting to, with the typical academic fervour one would expect over such a complex situation, my skin is thick enough to withstand harsh criticism from those I disagree with and my knowledge deep enough to construct a suitable response. However, as I would hope you are already aware, this is not what is happening at all.

Now I would suggest that events such as the ones taking place at SOAS and Exeter fail on all these counts, and directly contribute to violence, incite acts of terrorism and spread an unwanted, violent, repressive ideology not just onto the campus, but from there they are making their way into our mainstream schools *unopposed* through the provision of a false academic veneer on what is at its heart a Hamas ideology tailored for western ears.

The speakers are well prepared. The word ‘Jewish’ has been replaced by ‘Zionist‘ and since ‘Prevent’ the word ‘Hamas’ has now been replaced by ‘resistance’. In front of them are the footsoldiers, awaiting instructions from their leaders that they can then take out to the battlefield. There is only one drumbeat being played within the universities and that is BDS. If Israeli or pro-Israeli speakers are boycotted or aggressively opposed, then how is there proper academic discourse? In effect, through their vocal support of the academic boycott, these ‘academics’ are instructing the faithful to drown out any alternative message. This is neither free speech nor academic freedom. This is an imposition of a radical message that furthers the goals of  the terrorists and silences dissent.

A recent interview with a young British girl demonstrating outside of the Israeli embassy clearly highlights this case. Unaware of even the basics, this British girl was opposing the only western, democratic society in the Middle East.  These girls do not end up outside the Israeli embassy without someone close spreading the disease; a friend, a classmate a neighbour. But what is truly horrifying is that the alternative narrative is not delivered to them. An atmoshphere in which it is becoming ‘politically incorrect’ to support Israel, to support British values, is being allowed to infest the minds of our children. If these children, cannot be taught in schools the difference between the one democratic nation in the Middle East that protects its citizens and all those that kill their own, then you have lost control of the dialogue and sub-contracted the education of our children to an ideology that does not play by the same rules as you do.

1. If Hamas or Islamic Jihad, were to create an academic argument for their position, how would it differ from the one on display at these events?
2. If the ‘Palestinian society’ is addressing the ‘Palestinian issue’, why do you think matters that you would normally associate with such a cause (charity, reconciliation, peace, education, investment, health) are *never* addressed?
3. If during such an event, an ‘academic’ casts aside Palestinian opinion, suggesting BDS has ‘no time to wait for Palestinians to make their mind up’, where is BDS placed on the political map and should our universities be providing a platform for it?
4. The message at the conference was monotone. Israel is racist, ethnically cleanses the Palestinians, commits genocide against them, is a settler state, is illegitimate, is illegal, is violent, cannot be negotiated with, hates blacks, kills children for profit, wields incommensurate power and must be removed from the map. Why is this disgraceful message allowed *unopposed* and given a platform of its own without a single dissenting voice?

And it is the final question that really needs to be addressed. We both know that there are people in this country who do not identify with its values. We know many are deeply antisemitic and this expresses itself in a hatred of Israel. We know they are actively trying to convert people to their cause. We also know that the Palestine question is used as an outlet for their frustrations and they are allowed to protest this case without any opposition. And the question is why? Why is it okay for them to do this as long as the target remains the Jewish state, but as soon as these same people turn their gaze elsewhere, then and only then do they become a problem you will address?

As a Jew, do I really have to sit down, be quiet and listen as yet another generation in Europe goes on about why in today’s world, it is either understandable or justifiable that Jews are hated and being murdered. To hear that I fail to understand how complex the situation is, why this time it is different, why we need to accommodate the ideology of those that wish to kill me and why those who wish to remove Israel from the map have a right to be heard without dissent in a university etc. etc. etc.

The Jews are used to being the miner’s canary for the majority in Europe, and I am telling you I can smell the gas. It is creeping as I write, out of the Islamic departments in our universities, into the gutter and via a network of foot soldiers it is spreading into every single school on these great islands. So, as I was at this conference and heard the hatred, I ask you this.

Does PREVENT have any teeth? Will these hatefests either be stopped completely or at least will a dissenting position have to be provided in line with Prevent? Or as a Jew in the UK in 2015, do I need to join the dots and start counting down the days until I really have to start watching my back?

3 thoughts on “An open letter to Theresa May, Home Secretary of the UK”