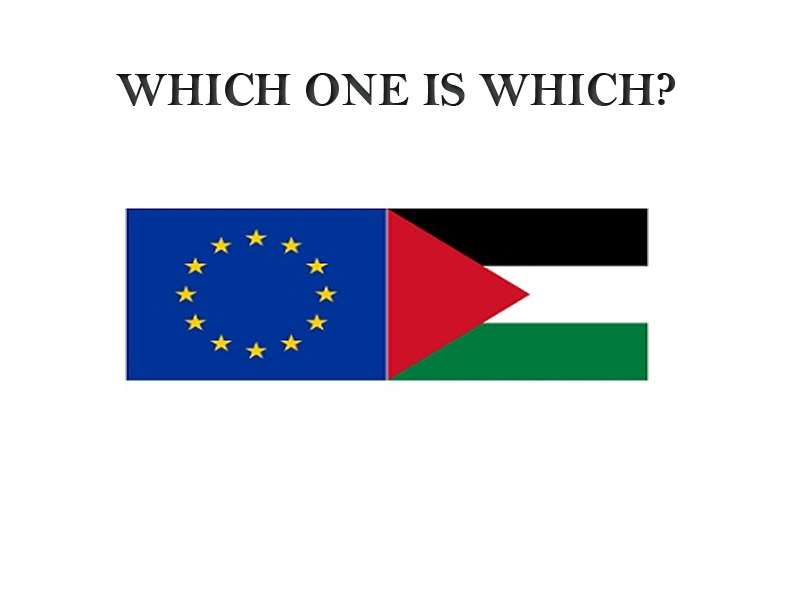 Funded by the EU, driven by Palestinians. BDS activism in EU clothing.

Those of us involved in fighting back against spreading antisemitism and the lies about Israel understand that the deeper we dig – the more unbelievable the situation becomes. As I said to someone yesterday when news broke of a UK KS3 schoolbook which suggests the creation of Israel may be behind the 9/11 attacks – nothing surprises me anymore. There are no limits to the level of conspiracy and disinformation – no place that the lies do not exist. The EU have also just provided another example – here is what I found.

Recently the EU advertised an EU ‘Photo marathon’. An opportunity open to young European photographers to spend a week ‘capturing different aspects of Palestinian life’. The week-long trip, flights, accommodation and meals is fully funded by the EU. As part of the process, there is a request to write a ‘motivation letter’, explaining why the applicant wants to participate and they are asked how they intend to ‘spread the word’ upon their return. The EU Press Team in charge of this process consists of two people –  Inas Abu Shirbi and Shadi Othman:

Both of these people are Palestinians who went to Birzeit University for their degree: 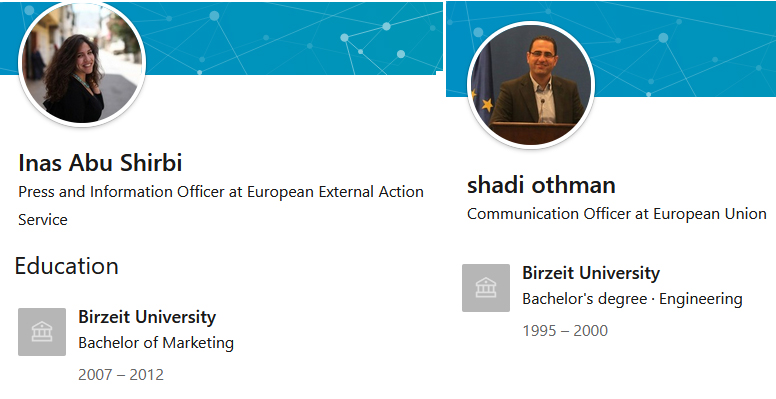 Before being an ‘EU spokesperson’ Inas Abu Shirbi spent some time at the Sharek Youth Forum. She was there when Boris Johnson made remarks about BDS during a 2015 trip to Israel. Soon after Boris ridiculed BDS activists, several Palestinian NGOs who had been due to meet Johnson – cancelled – including the Sharek Youth Forum. At the time Abu Shirbi was the public face of the NGO (she even spoke on LBC). In the public statement, the group put out – there is clear and unequivocal support for BDS.

That means at least one of those leading this ‘photo marathon’ is a Palestinian with a history of support for BDS.  We have here a similar issue to the one uncovered at Amnesty International where Amnesty’s ‘Deputy Regional Director turned out to be an obsessive Palestinian activist. Inas Abu Shibri is still active with other Palestinian NGOs – inclduing the pro-BDS ‘Sharek’. How is there not a conflict of interest? When someone references an ‘EU Communications Officer’ – don’t people assume they are from the EU?

Most people never read beyond headlines. Often they tell you all you need to know. Like this headline: that has the EU ‘slamming’ Israel:

Yet when you read the article, you realise the only EU employee mentioned is a Palestinian – Shadi Othman. That article was shared 500 times. Or this one – which becomes almost laughable. The Palestine News and Info Agency report that the EU ‘will not recognise any changes to the pre-1967 borders’. Is it any surprise if the ‘EU spokesman’ is our Palestinian friend from Ramallah – Shadi Othman? 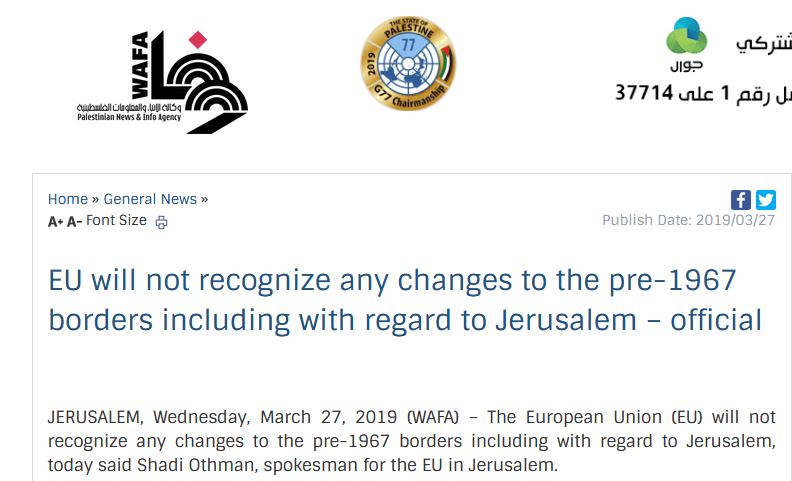 The European Union Delegation to the Palestinians also have a Twitter feed. When there is tension in Gaza, ‘they’ issue a call for restraint:

Did a Palestinian, born, raised and living in the PA areas – one who supported BDS – write this tweet? Isn’t this a little deceptive? Most people would probably assume that the people providing a face for the EU in the PA areas are European diplomats, not Palestinian activists. If you want to see how two-faced this really is. The EU in Israel have a Twitter feed too. In theory – on the subject of peace – what is important to one – should also be important to the other.  Yet if I search for ‘terror’ on the Israel feed – there are countless results – including open condemnations against terror attacks. A similar search on the EU Palestinian feed – returns absolutely nothing. Not a single mention of terrorism.

I went deeper – looking at every tweet, retweet or reply this account has made in three years. Not a single reference to ‘terror’ or ‘terrorism’ anywhere.

There has never been an international delegitimisation campaign as all encompassing, as widespread and as insidious as the global one that exists to demonise Israel. Scratch the surface and you are left bewildered at how anyone takes anything seriously. Let us ask the basic question. Who is auditing where EU funds go – and making sure none of it ends up in the wrong hands?

So what of this fully funded ‘photo marathon’. Palestinians are going to read and judge the ‘motivation letters’, decide which ones best suit their campaign, use EU funds to brainwash European photographers and then use them to push anti-Israel propaganda even further afield. And they will give it all the legitimising stamp of the EU.

This is the EU blatantly funding anti-Israel propaganda – and using someone who supported BDS to help them do it.

This research is unique – it depends on your support – and the results speak for themselves. For five years I have been creating headlines. I engage in deep research, much of it undercover, into anti-Jewish hatred, anti-Zionism and anti-western extremism. I am currently working on large – long term projects and cannot do this without community help. By placing the evidence in such concrete form, this research changes the narrative. My work is fully independent and this independence is important for the freedom to go where I need to go. The Algemeiner recently named me as one of the J100 (‘top 100 people positively influencing Jewish life’).  If you can, please consider making a donation towards the research.

38 thoughts on “Funded by the EU, driven by Palestinians. BDS activism in EU clothing.”