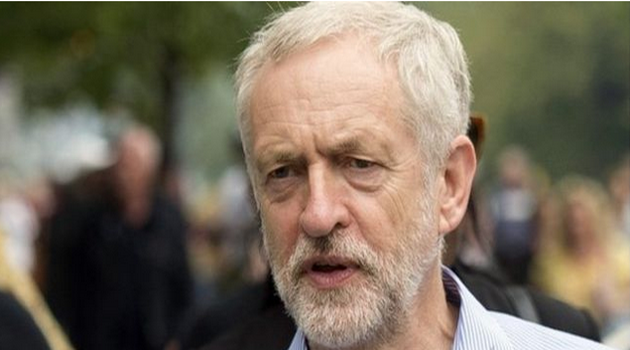 Is the British Labour Party about to become a party of hate? 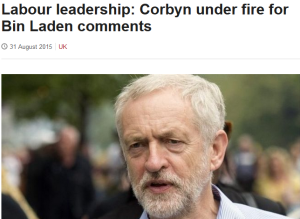 My areas of interest mainly relate to anti-Semitism and Israel, so I don’t often find myself writing on political issues in the UK. When the issues did connect, it was in relation to extreme right wing movements, with British Nationalist or white supremacy groups targeting the Jews in the same ways classic anti-Semites have being doing throughout recent history.

Following the holocaust, Jews received something of a temporary reprieve in the UK, and the days when my mother, as a schoolgirl, was regularly told to go back to a national home that didn’t yet exist, quickly disappeared from the mainstream. By the time I grew up in 1970’s, visible anti-Semitism in the UK existed, but mainly as the vile and unacceptable disease of the far right.

However, the far left also contains a deep rooted anti-Semitism; anti-Capitalist, anti-US, anti-Zionist, viewing Jewry as a unit and the primary flag bearers of naked Capitalism and the market led economy the far left despise. Here ferments the global Jewish conspiracy, connecting the Jew with the evils of the market, and a behind-the-scenes control of media, banks and the USA. In this anti-Semitic led paradigm, Israel becomes the visible apparition of the sinister Jewish cabal. For these people, what stands in the way of equality, better working conditions and world peace is represented in the idea of the Global Jew. Theirs is not a personal hatred of the individual, it is the hatred of an invisible and sinister force behind capitalism; theirs is the paranoid hatred of the conspiracy theorist.

Tony Blair, in his recent comments, has compared the current fringe labour movement that is challenging to run the party to one that was to prove unelectable 30 years ago, but he is deliberately understating the problem, with political realities probably forcing him to ‘play nice’. Labour has never had anything on this scale within its ranks because it never had such an audience to draw from. This is a marriage between two distinct groups, neither capable on their own of carrying enough popular support to challenge the status quo. One partner, the classic left wing of the unions; the other a new imported movement of hate; hatred of the US, hatred of ‘the Jew’, hatred of Israel and yes, hatred of the UK too. It is the place where even waving the British flag is a symbol of oppression.

Corbyn is not the first political animal to straddle the movements, but as we witness an unnerving growth of anti-Western feelings within our own inner cities, the popular vote in these areas is shifting towards an uncompromising, extremist and inherently anti-Western position. After all, this is a democracy, and all things being equal, a politician that identifies with those ‘hates’ will win over one that talks to the same audience but does not pander to it.

These are not opportunists; these are people that unfortunately truly believe in what they say and the combination of left wing anti-austerity politics, combined with the anti-Western global vision simply gifts them leadership opportunities on the extreme left of the party. Standing in that position today and not being radical enough simply wouldn’t win enough votes. Due to the nature of the issues, the democratic filter is effectively working upside down; it is a race to the extreme and the dregs truly get carried through to the top.

And this brings us to Jeremy Corbyn, cruising towards victory in the leadership election of the Labour party; the party that claims it is the political ‘voice of the people’, the party that gave us the NHS and Welfare State; the self-declared ‘protector ‘of social justice for the millions of working class families throughout the inner cities and industrial north.

There has been a lot written about Corbyn; about his policies and the friends he seems to keep. Some accuse him of blatant anti-Semitism, whilst others suggest he merely keeps bad company. Given the long list of dubious characters that Corbyn has sought to stand alongside, it hardly matters whether Anti-Semitism has infected Corbyn or merely accompanies him; Corbyn has made it abundantly clear that he is part of a package deal, with allegiances that include some of the most radical, anti-British, violent and yes, anti-Semitic movements on the planet. Voting for Corbyn is like downloading a suspect piece of software and simply not bothering to read the long list of infected software you will also have to install to receive it; the only problem with this analogy is that there is far more at stake than a simple format of a hard drive would ever be able to solve.

The Labour Party is about to betray generations of patriotic, hardworking families that have a history of identifying with the party on the left. Labour has accepted the unacceptable within its ranks for too long, turning a blind eye to internal anti-Semitism and nourishing groups that are entirely alien to the cause of social justice and deeply hostile to British history and culture. They have operated on the “enemy of my enemy” assumption and are about to be eaten from within.

In essence there is a 2nd political party operating within Labour, one that would face electoral annihilation if it were ever to stand alone. Being fully aware of its weakness, it has used Labour’s social policies as convenient camouflage as it became imbedded within the grass roots. Corbyn’s Labour vision is Anti-NATO, anti-US, anti-Israel and many of its supporters are deeply anti-Semitic. They blindly pander to terrorists and despots under some dangerous illusion that they share a common purpose and more worryingly a common enemy. Corbyn’s Labour Party will work for those inside and outside the country that it considers ‘friendly’ and the greater national interest will be swept aside by this lunacy. Corbyn’s Labour party will be a dangerous political animal, one that will further fuel the rise in anti-Semitism; Corbyn’s Labour party will be a party of hate.

4 thoughts on “Is the British Labour Party about to become a party of hate?”