To the Secretary of State for Communities and Local Government.

I am a British born Jew. In 1936 as anti-Semitism released all its venom in Europe, my grandfather was at Cable St, when in the name of freedom of speech and expression, the police tried to disperse the demonstrators against Mosley’s ‘Black-shirts’ to allow the fascists to march. With hindsight, I think we both know who had the ethically superior position that day.

There are a few things on Israel I can say for certain, firstly had Egypt won the 1967 war very few would be marching through the streets of London for Palestinian statehood, and secondly, that if Israel was not Jewish, this University of Southampton conference would not be happening. We cannot possibly remove Israel’s Jewish identity from the equation and still make sense of the unparalleled hostility against Israel, which in turn means that logically, the hostility is linked to Jewish identity. 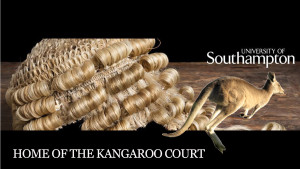 I personally don’t take an extreme position on the Israeli /Palestinian question, but we all know BDS, Apartheid week, the student unions, every discussion, every political meet and every debate have placed Israel at the top of almost every agenda. There is no doubt logic in the argument that criticism of Israel isn’t always anti-Semitism, but logic too in the statement that taken in unison, all this criticism is inexplicable unless anti-Semitism is involved.

Every conceivable vicious label has been placed on Israel, and irony and absurdity are never far away. When you walk away from logical discourse about Israeli politics and policies into descriptions of the Nazi, apartheid, genocidal, racist state, the hostility mainly exists because of the Jewish identity; take it away and the interest simply would dissipate.  The alternative argument can only suggest that it is merely a coincidence that Israel is the Jewish state.

As the Pear’s Institutes sub report for the Parliamentary Committee against anti-Semitism meticulously argued, this doesn’t necessarily make each isolated incident anti-Semitic, but at what point does each overstated insult, each exaggerated description, each lie, each piece of distortion and each occurrence of judging Israel differently, eventually coalesce to form a united front that simply cannot be explained without the anti-Semitic description?

As we watch with horror the rise of the menace once again in Europe, the parallel surge in anti-Israeli rhetoric cannot be ignored, nor is it possible to always distinguish between the two. To discard criticism of Israel, no matter how absurd, as being legitimate political opinion, gives carte blanche to a disease that sent the Jews to Auschwitz. You cannot both tell the Jewish community that anti-Semitism is unacceptable in the UK and at the same time allow for this discriminating and venomous anti-Zionist stance to take root. These are two simply incompatible positions.

So what of this absurd idea at the University of Southampton, that of all of the 190+ nations of the earth, each individually created by war, invasion, revolution or colonial map drawing, that the sole state that is in need of  having its legality academically challenged, just happens to be the lone Jewish one. Are we supposed to believe this is a coincidence too. It isn’t anti-Semitism, it is academia and it isn’t incitement, it is free speech. They are wrong and deviously so, on both counts.

What type of ‘academic study’ embarks on historical scholarship and legal analysis by inviting only people with a single point of view, who already agree with the conference organisers? Over 50 panelists, almost every one a self declared activist that openly and vocally hates ‘the Zionists’.  In their combined works are every possible libel against Israel; if you were to listen to them without knowledge or foundation, you would believe that Israel was the Nazi state, the USSR and North Korea combined. Sloppy historians, those with personal grudges, those with accusations of anti-Semitism following their every turn and viscous slanderers, gathering together to conduct a Kangaroo court against the only Jewish State. The University of Southampton is orchestrating a lynch mob supported by public funds within the UK in 2015. And the target is a Jewish one.

It is no coincidence that over 80% of the speakers are active in anti-Israeli movements. Academia this is not, not even close. To call this in any way ‘academic’ is an insult to academics throughout the world who follow scientific methodology to engage in serious research and push the boundaries of our knowledge. We already know what this lynch mob are going to discover. Rotten from the core. If the intent was to truly discuss the Law surrounding Israel, then experts aplenty exist; just almost none have been invited to Southampton.

So if not academic, then what is its purpose, to what end are public assets being used? The conference’s own aims and objectives claim it is about “shifting debate“from the 1967 borders to those of November 1947 and before; of taking Israel apart from its foundation.  The aim of this conference is political. A few dozen anti-Zionist activists are gathering together to place additional arrows in the bows of their BDS partners and using the public purse to do it. To do this effectively they need to create an environment that BOTH appears academic and ensures the final message will be the one they require. Hence both the necessity of the umbrella of the university and the complete lack of the even-handedness required in true academic research. And this in turn makes it dangerous for the Jews in the UK because it directly affects their environment. In the shopping malls, in town centers, at work, in schools and on campus. As research has identified a parallel between the anti-Israeli activity and anti-Semitic acts on the streets of Europe and the rise of anti-Semitism is causing widespread concern, it is at this moment that the University of Southampton has agreed to support a political group whose aim it is to provide anti-Semitic groups such as BDS with additional ammunition to take onto campus. This is not a side effect of the conference, it is one of their published aims. As the UK government seeks ways to reduce the extremism on campus, one of the universities is funding a conference designed specifically to increase it.

The vast majority of Jews support Israel even if many take issue with individual governments or policies. If you remove the legal underpinning of Israel’s existence, even theoretically, you provide for the creation of an international community of Jewry that support an illegal entity engaged in an attack against an innocent population. In essence you are allowing for the Jews to be ‘set up’ on our shores and using public funds to assist it. How is it possible that we should allow for such a morally indefensible rewriting of history to occur within a university and more to the point, how can we allow it to pretend to be something it isn’t? Isn’t it about time that this country stood up and stated in no uncertain terms that the days of the Jewish blood libels are over and that free speech was never intended to be given as a tool with which to incite. This conference is anti-Semitic in nature, they should not be allowed to go ahead with it and the University of Southampton should be ashamed of itself for ever agreeing to stage this farce of conference in the first place.

As was expertly stated on the Sussex Friends of Israel Facebook site, “We respect and defend freedom of speech and the pursuit of vigorous yet balanced academic debate. We are not afraid of legitimate scrutiny. But that is not what this conference is offering. There are no speakers defending Israel. There are no varied viewpoints. This is a demonisation of the State of Israel. Freedom of speech is not to be confused with freedom to incite racial hatred.”

Please do whatever you can do to end this libel before it spreads further.

2 thoughts on “An open letter to Eric Pickles”