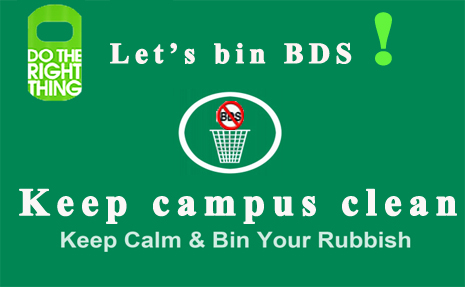 What is a ‘pro Palestinian’? 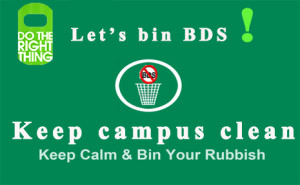 It has been a year now since I changed strategy and began to go to events that are held in the name of the ‘Palestinian cause’. I joined many activist groups and have met with 1000’s of self-declared pro Palestinian activists. Some of those I have had long exchanges with are the ‘stars’ of BDS activism. In only the last ten days, I have been to 8 events at 6 different venues.

I personally have a long history of assisting humanitarian causes worldwide and I consider myself experienced enough to draw conclusions from what I have learnt. So much so, I have been documenting my engagement with the ‘Palestinian camp’ and hope to have a book published later in the year.

I find the situation of the Arabs in Gaza, in the camps and in the West Bank heart-breaking. However, just because such a situation may exist, it does not automatically follow that Israel is to blame for what is occurring, nor that it has it within its power to simply resolve the issue.

What I do find unacceptable is that with all the financial aid received, so little is done to actually improve the situation of the ‘Palestinians’. Why for example, after 70 years, are people whose parents were even born in Lebanon or Syria, still considered refugees? And why is there absolutely no pressure on the responsible governments to address this. The jungle at Calais is a French problem, not a Syrian one. It makes one ask the inevitable question, just what ‘cause’ is being fought with the endless money directed towards it?

To address this, I think it only proper to start with Bassem Eid. Bassem is a Palestinian who spent his life fighting human rights abuses, working for B’tselem, and eventually setting up his own human rights movement. As someone who cares deeply about human rights abuses against Palestinians, Bassem is shouted down by activists for highlighting the BDS movement as ‘harming’ Palestinians. Only last week he cancelled a lecture in Chicago following a threat of disruption. This clearly indicates that the two issues are not the same. The pushing of the ‘Palestinian cause’ and wanting human rights for Palestinians can be (and perhaps almost always are) opposing forces.

Next I will move on to Norman Finkelstein. Finkelstein has been at the forefront of ‘pro-Palestinian’ commentary for decades. Because of his position and as recognition of his influence as an ‘anti-Israeli’,, he was banned from entering Israel for 10 years. He is highly critical of BDS and calls ita cult that will not succeed because it is trying to deceive the public about its true aims. He points out those aims are clearly to destroy Israel.

You can watch Finkelstein dismantle the entire BDS position here:

Both Bassem Eid and Norman Finklestein cannot be faulted on their dedication to Palestinian human rights issues. Yet neither are trusted by BDS or many of the global solidarity movements of the Palestinians. Why is this? To understand the reason, let us step back in history a little.

The creation of a destructive force 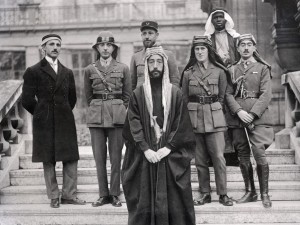 During the British mandate period there was no collective ‘they’ when it came to the Arabs residing there. Some viewed themselves as Syrian, others as part of a Greater Arab nation. There were those willing to live and work with the Jews, many who were not. Some sought independence for the ‘Palestinian Arabs’ as a way to counter Zionism. The Arabs were split into competing clans, families, factions with the more powerful being falsely portrayed today as representing a ‘whole’ that simply did not exist.

In early 1919, several dominant Arab families in what was to be the British Mandate of Palestine, aligned with Faisal I bin Hussein in his attempts to create a Syrian Kingdom. The first ‘Palestine Arab Congress’ (this was the first historic use of local Arabs of the word ‘Palestine’ as form of identity) took place in Jerusalem. They declared that:

“Palestine should be part of Arab Syria”

A few months later they met as part of the Syrian Arab Congress in Damascus, and the Congress declared an independent Arab Kingdom of Syria on 8 March 1920. The new state included Syria, Palestine, Lebanon and portions of northern Mesopotamia. History of course played a different hand and the Mandate system came into being.

30 years later and many of the Arabs that fled or were expelled during the 1947-1949 civil / regional conflict made their way to Syria and Lebanon. Two parts of the 1919 ‘Syrian Kingdom’. However, this created a problem. If the West Bank  in 1949 was in Jordanian hands, Gaza was in Egyptian hands and the ‘refugees’ had merely relocated internally to another part of the Arab nation, then room would had been created in the region for the existence of the Jewish state of Israel. This above all else, above *every humanitarian concern* could not be allowed to happen.

So a deliberate divide was artificially created between the Arabs, with an insistance that ‘Palestinians’ were not Syrians, nor Jordanian and not Lebanese. They had a unique and specific identity, they were ‘Palestinians’ and they only had one home – ‘Palestine’. Through the creation of this ‘Palestinian nationalism’, these refugees were fashioned as a weapon and used as such, with a single purpose in mind, the destruction of the state of Israel.

Evidence for this exists throughout 1949 and 1950. Some Palestinians opted to accept Jordan’s annexation of the West Bank as they saw themselves as part of ‘one Arab nation’ and yet (Iraq aside) the other Arab states rejected the move. Israel offered to take Gaza and absorb all the refugees there, this was roundly rejected by Egypt. The Palestinians became a ‘directed’ people. Directed by the will of those outside. The pressure not to normalise was almost always externally driven.

It is important to understand the implications of such a political move. The focus was not the West Bank nor Gaza, but rather Israel. This was the ‘pre-occupation’ conflict. This in turn means that this strand of the ‘Palestinian cause’ *is not* connected with the betterment of the lives of the Palestinians in Gaza and the West Bank at all. In fact, the opposite is true, these ‘directors’ were willing to sacrifice the lives of the refugees  just so the conflict could continue. It left them to rot in camps. It is a simple logic – the worse the conditions appear the more the blame and pressure could be shifted on to Israel.

This external creation, with a focus on pre-1967 Israel, emerged in neighbouring Arab capitals and was imposed on the Palestinian population. Without doubt it came with the assistance of a few powerful ‘Palestinian’ families, who in return were rewarded with the lifestyle of kings on the international stage. Movements such as the PLO were born.

This history highlights that there is no blueprint for a single ‘Palestinian cause’, but rather, different elements are waving different flags. The ones inside the West Bank and Gaza may have local options that are beneficial for them, yet these are roads they are not ‘allowed’ to follow. They also pay the heaviest price if the extremist ‘pre-occupation’ cause of seeking Israel’s destruction is dominant. With external forces making unreasonable demands, and a minority within willing to disrupt any accomodating moves, any peace between Israel and these Palestinians becomes impossible to push forward.

It also logically reveals that this ‘cause’ doesn’t actually care about Palestinian welfare at all. And this is why people like Bassem Eid and Norman Finkelstein have such trouble with it. People who actually want peace, those who have the best interests of Palestinian residents at heart, can see there are no positives to be found here. They know movements like BDS are trying to turn the Palestinians in the West Bank and Gaza into refugees like the ones in the camps in Lebanon. The worse it gets, the better for BDS.

So how do you know if a movement has any credibility or not? Work your way through the checklist.

Each and every one of these elements is referenced by Finklestein in his video as being a fundamental element of BDS. 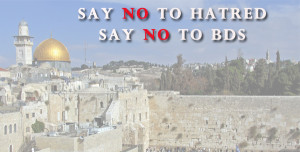 Therefore, movements such as BDS represents a single strand of a ‘Palestinian cause’. An extremist one that is not even ‘pro-Palestinian’ as we would understand it in the west. It is externally driven, doesn’t focus on peace and has an interest in worsening rather than improving the situation for the Arabs in Gaza and the West Bank. Note that Palestinians losing jobs, is seen perversely as a victory. BDS is the exported version of the ‘pre-occupation’ conflict. The one that left refugees to rot in camps and has one specific purpose in mind. The end of Israel.

This is why none of the Palestinian movements supporting BDS and operating in the UK focus on the lives of the Palestinians themselves. Yes, they use them to highlight how ‘demonic’ Israel is, but they do not build, they do not invest, they do not create. Rather they revert to the strategy used for the 1949 refugees, trying to force the situation into a worsening and never ending cycle of violence. The last thing BDS wants is for things to improve, it would be the end of the movement and a significant blow to their actual cause. If Israel and the Palestinians in the West Bank and Gaza actually make peace – the cause of BDS is lost forever. Who would side with BDS?

And just as in 1949, the Palestinians in the West Bank and Gaza are in danger of being led down a rabbit hole. Once more they are being directed by those on the outside. Just as in 1949. Those on the outside, living lives of relative luxury and freedom themselves, pretend they are doing the bidding of those in the territories and are sacrificing other people’s welfare for a ‘greater cause’. It is a con and a dangerous one. It is no coincidence that there has been fewer attempts to make peace in the 10 years since the call for BDS in 2005 , than there were in the proceeding decades before it began. Those that think BDS is a call from inside ‘Palestine’, should listen to the Finklestein video. BDS does not have peace on the agenda.There is nothing ‘pro-Palestinian’ about it. BDS is an anti-Israel movement.

In conclusion then, you can be ‘pro-Palestinian’ or pro-BDS, but it is important to remember you cannot be both. This is the truth despite the protestations of extremist activists on campus and the slick PR of the BDS campaign. I’ve been to scores of events myself and have never heard a single speaker at any of the events *ever* put forward a suggestion that would better the lives of the Palestinians. Not once. If you really cared about human rights, you’d kick BDS off campus. It is both a cult and a hate group – whatever clothing it might try to dress itself up in.

Keep up to date, subscribe to the blog by using the link on the page…follow the  FB page for this blog: and follow me on Twitter. Please, if you can, also consider making a small donation. Research is expensive and time consuming and whilst I do what I can, there are serious constraints that impact on what is possible.

2 thoughts on “What is a ‘pro Palestinian’?”