Palestinians are dying and there is an eerie silence; the streets are empty, social media is calm and even the mainstream media, devoid of the usual pressures from the pro-Palestinian campaign, 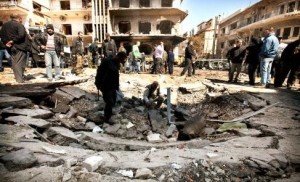 are dealing with the matter with an odd distant glaze. The most rabid anti-Israeli Facebook pages, the most active Twitter users are not posting anything on the subject at all.

I’ve been told the reason for this strange lethargic behaviour is because Israel isn’t involved and so Israel cannot be blamed; I agree that is so, but I also maintain that it is only half the truth.

The main reason no-one wants to focus on the camps is that no sane person with knowledge of the issue understands why the camps even exist, and so the pro-Palestinian campaigners don’t want anyone focusing on them. If questions get asked, everything starts to unravel.

‘In the civil war in early 1948 and then during Israel’s war of independence the Palestinian refugee problem was created. These refugees have keys to their houses and have the right to come home.’

That is the message, repeated over and over, for nearly 67 years. It is the message that cannot be questioned. These poor Palestinians live in refugee camps, somewhere in the Neverland.

The real truth is that this long repeated message is the major weakness of the pro-Palestinian argument and the fear is, when Palestinians start being slaughtered in Damascus, the entire franchise gets placed in the spotlight; precisely where no one spinning the fairy-tale wants it to be. Startled, like a rabbit caught in the headlights, they simply do not know how to respond.

Similarly everyone involved knows that the Palestinians on Lebanese soil have been treated brutally and with severe discrimination; but no one mentions it. True too that the Palestinians in Jordan were given citizenship; only for some to have it removed as part of the struggle for ‘liberation’. And  then there are the Palestinian refugees living in the US and Europe; 3rd generation refugees in democracies calling themselves refugees, it is simply absurd. Given my ancestry, by the same reckoning, I am a refugee too.

So at moments like these, the surface gets scratched, and the true meaning of these camps comes to light. It isn’t and has never been a humanitarian struggle; a fight for rights or peace. It remains what it has always been, a fight to stop the Jewish people having a tiny piece of land to call their own. From the original inflation of the numbers, to the creation of a unique definition of  ‘Palestinian refugee’, to the refusal of the host nations to do anything about them, to the inability to create statehood when all of the West Bank and Gaza was in Arab hands. One lie after another, one deception after another, one generation after another. 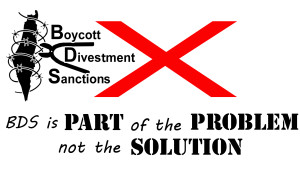 As time has passed, the West has visibly grown tired and an increasingly diverse population has allowed for the alternative narrative; the fairy-tale, to take hold. Ben Dor’s hate fest was part of this same movement; a struggle to return these poor refugees home from the Neverland. If you ever doubt, even for one moment, that groups like BDS are actually about war, cast your eyes to the refugee camps and remember, their very existence is unjustifiable. The only reason they suffer in silence is because they remain tragic pawns in a war against Israel’s very existence. So understand the silence; light must not be shed on their suffering because people may just start asking difficult questions. It is precisely why everything is so eerily silent today.