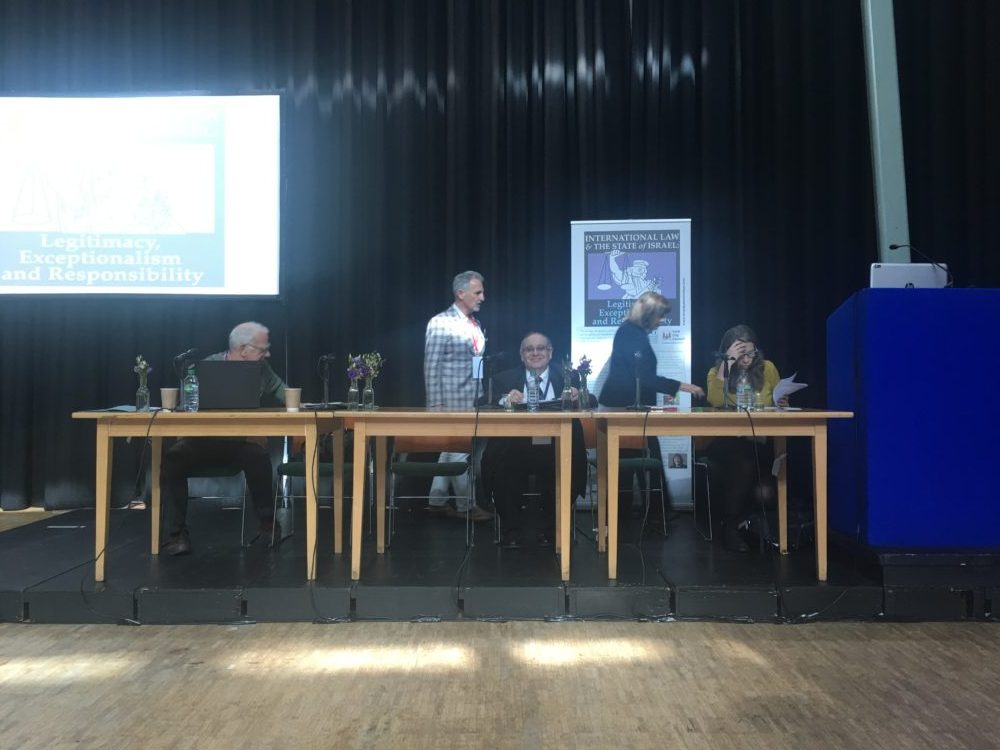 Cork, Ireland. Politely wishing the Jews to a nasty death 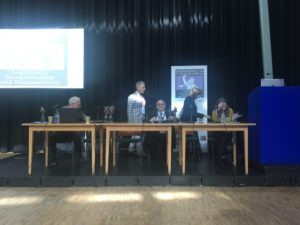 Today I am in Cork, Southern Ireland. This is a story that began two years ago, with a failed attempt by a twisted  academic at Southampton, to place a fake academic veneer on part of the delegitimise Israel campaign. Those that suggest this is not true are simply not listening to the organisers, the speakers or even the delegates.  Activism as a central theme was ever present. There is little denying that this conference is about attempting to place additional tools in the arsenal of the anti-Israel activist. Indeed, it is clearly the primary purpose.

Two failed attempts to hold a conference in Southampton, sandwiched between legal attempts to force the hand of the university, has led us all to Southern Ireland and to Cork, where finally, Oren Ben-Dor got to hold his circus of hate. This, even though the University at Cork, distanced themselves from the event.

I have just sat through the first day of the three-day conference. I will put together a more complete write up of the entire event when it has finished. I am away from home and do not have access to many of my files for referencing. So today I just want to put some initial thoughts into words.

The setting for today was the impressive Cork County Hall. We are informed that filming is not permitted, which makes life more difficult for someone to report accurately on an event such as this. The organisation, was professionally done. The conference is split into themes, each building part of a picture that sets out to destroy Israel’s standing as a legitimate state. Just as was intended two years ago, in Southampton, each subject is discussed by a panel, all of who were presenting papers on the topic.

Of about 50 academics present, only one would consider himself Zionist. Almost all the others support the boycott of Israel, and most call openly for its demise. There were a few opening remarks to a room of maybe 170 people, and we were underway.

I have little doubt now that the Falk/Tilley report was timed to coincide with this Cork conference. Almost every speaker at Cork referenced it, and each in turn described it as an important  ‘UN’ report. This in itself is enough to discredit every academic involved.

What we know is that a UN agency consisting almost entirely of enemies of Israel commissioned a notorious anti-Israel activist to write a report suggesting Israel is an Apartheid state. When it became clear upon the report being published what had occurred, the UN simply pulled the report. It is therefore unethical for an academic to suggest this is a UN report. They have to be aware they are pushing bogus goods. What this in effect highlighted is that we are dealing with activists willing to abuse academia to push their own ideological cause.

Richard Falk was the keynote speaker who opened the event today. It describes the Cork event perfectly that they chose to lead with a man who has been so dogged with accusations of antisemitism. Someone who has been accused of antisemitic actions by the UN, by the UK government, a man who has pushed 9/11 conspiracy theory and who has had to apologise for posting a blatantly antisemitic cartoon. This is the face of the conference at Cork.

It soon became apparent that the conference had attracted the true haters from across the globe. The first face I saw was Tom Suarez, who had delivered a vile talk at SOAS just a few months ago. Suarez has recently written a book about ‘Zionist terror’, that completely removed Zionist actions from context, used tenuous links to build vague conspiracy and that almost entirely airbrushed Arab violence out of existence.

Cork and a pyramid of sand

Falk during his speech, referenced the Tom Suarez book. This an indication of the incestuous nature of this ideological exercise. Suarez creates a conspiracy tale, Falk uses this as a basis for his own masturbatory acrobatics and this in turn will be used by others to 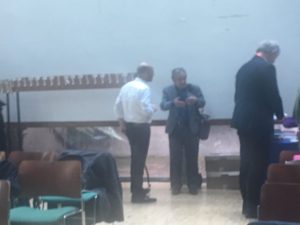 further their own agenda with an ever increasing tale of  nonsense. From Pappe’s highly dubious historical rendition, to the latest works of those like Falk and Suarez, a small group of academics are using each other as ‘legitimacy props’ , to build an ideological argument out of little more than internal strands of twisted hatred.

The day progressed and there were few surprises. Ronnie Barkan was also spotted in the crowd. The image on the left is Ronnie Barkan and Tom Suarez deep in discussion. Claire Short was in the row behind me. Sitting next to Claire was a vile antisemite from Norwich that had been picked up in my undercover report on the PSC. I spotted another ‘nasty’ from Richmond PSC in the row behind her. Familiar faces were everywhere. It is always the same people.

These are twisted academics defining the Palestinian narrative for them. For 100 years the Arabs of Ramallah and Gaza have been spoken for by those outside. People telling the residents of towns such as Jericho how another generation of sacrifice is necessary and how salvation is surely on its way. 12 speakers today. 1 Palestinian, and even then a Palestinian living in the UK. From the 1920’s all the way to the current day, scores of example of how others knew what was best for the Palestinians to do. And another generation of Palestinian children are sacrificed on the alter of this hatred.  Today that empty promise is BDS. Comfortable westerners like John Reynolds suggest Palestinians should be patient rather than negotiate. After all, what does John Reynolds have to lose?

One of the loudest rounds of applause is reserved for the ‘true Torah Jew’. The one who denounces the vast majority of Jews as ‘false’. The crowd love this. The hypocrisy passes everyone by. This is not a humanitarian, but rather a fundamentalist who has an entirely different vision of what should come to pass. At a coffee break, this true Torah Jew spoke to me about anti-Zionist Jews in Europe during the 1920’s. I pointed out the vast majority of those people burnt in Auschwitz. Given that I argued, they support my argument far more than they do his.

Humour and venom in Cork

There were moments of humour too. After the true Torah Jew had delighted the crowd by refuting the Jewish nature of Zionists, a woman ran up to give him a hug of appreciation. Two impossible world’s colliding for a brief moment of total awkwardness. Another reason to smile came at lunch, when I notice Tom Suarez trying his best not to be seen counting how many of his books had not sold.

But the majority of the time was spent feeling deeply uncomfortable. The Q&A during the third session brought a vile question rooted in antisemitic conspiratorial thought. The inarticulate rancid rambling of Oren Ben-Dor reinforced the notion he is truly disturbed and Ghada Karmi could not help but spew venom at all those present to hear her talk. It was Karmi that wrapped up today’s session by declaring that Jewish Zionists were all foreigners. She argued that the Palestinians were really the Jews of the bible. Given historical understanding of the invasion of the Arabs over a millennia ago, this is a narrative you simply could not make up. Well, Ghadi Karmi could.

There was no context to any of the discussion. No Arab violence, no cause and effect. No honest evaluation about Jewish history, the reality of the Middle East or what would actually happen if the Jews let down their guard. Just a utopian ignorant radical ideology willing to push the Jews off a cliff in some twisted drive to prove something to somebody. Oh, and quite a lot of hate mixed in too.

This was only the first day, and there are many notes to work through as I put together a complete picture of this event as it unfolds. Needless to say there is plenty more to come. And when it is done, I will be more than happy to return to London. As pretty as Ireland may be, it has done itself no favours by allowing such a vile hatred to be expressed so openly.  There is no place for a Jewish state in this academic world. If these people had their way, the Jews would once more be victims of violent destruction. Hidden behind the veneer of academic talk is just the same old request. They just discuss it all in a more polite manner.

38 thoughts on “Cork, Ireland. Politely wishing the Jews to a nasty death”