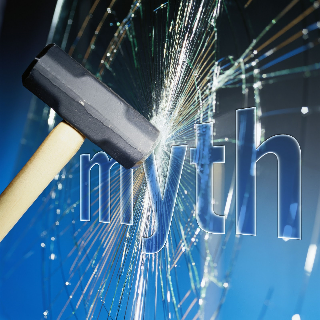 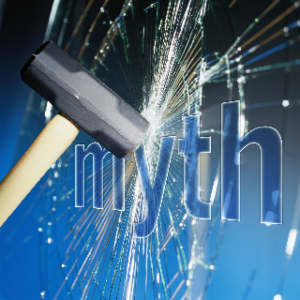 I wasn’t going to write about the ‘nakba’ incident at Wanstead High School.  Let down by a society that doesn’t believe in truth, the schoolgirl Leanne Muhammed, aged only 15, has already been weaponised. With the publicity her speech received, I felt sorry for her.

The child will become further affected by the hurricane surrounding the speech. It is unlikely she will draw the correct conclusions. Those that have influenced her before today, will ensure that the reasons behind her ‘inability to speak freely’ are understood the way they want them to be. A reinforcement of another antisemitic myth, that secret Jewish control stops people from telling the truth. Nobody will tell Leanne that her speech  turned history upside down.

The parents, the community, social media, the school, the teachers, these are the ones that remain responsible for the fact that a child of the UK has been brought up to propagate a myth that divides communities, a myth that spreads hate, a myth that seeks conflict. In our society that nakba myth is fostered and nurtured, as if truth and history are no longer relevant elements that need to be considered.

Others have already written on the content of the speech itself. Edgar Davidson wrote on the subject and ‘Brian of London’ also covered the issue. The general consensus seems to be that there is no future for Jews in the UK.

I agree with both of them.

The clapping sound of antisemitism

This isn’t a forewarning of imminent doom, nor is seen as the result of an irreversible trend. It is simply a logical analysis of the river’s current, the shape of the valley, and the input of ancestral memories, stirring a reflexive, Darwinian urge to flee.

Last week I was thrown out of the headquarters of our Teacher’s Union because I am not willing to demonise Israel. I support a negotiated settlement, I am willing to exchange land for real peace and feel sorry for the general Palestinian population. This not enough for those that kicked me out.

I followed this up with three events this week. Three. One by the PSC with Miko Peled, another by a group called ‘One Democratic State in Palestine’ hosting Illan Pappe, and one a meeting of the Momentum group in Haringey, with the suspended and recently reinstated, Jaqueline Walker.

I believe that people misunderstand the issue of antisemitism and Illan Pappe or Miko Peled. These people exist in every community. Oddities that sit on the fringes of society. It isn’t antisemitism that makes them speak, it is the hand of antisemitism that picks them out, rewards their thoughts, gives them a stage and applauds every word they say. Antisemitism is the crowd that worships the rejects of the Jewish community.

Pappe is a conspiratorial myth maker. If Illan Pappe was American and writing about 9/11, using the same methodology as he does for Israel, no university in the west would accommodate him. Because he is Israeli, and focuses on mythmaking about cabals of Zionist Jews, he is a celebrity of academia. His work is a central pillar of the entire nakba myth.

Peled received a standing ovation, so did Pappe, Gideon Levy too, and of course Jacqueline Walker. Everywhere I go, I see crowds standing and applauding. Enthusiastically clapping the troublemaking, mythmaking, Jew-hatred. Every time I hear it, I shiver inside.

Following the PSC meeting with Miko Peled, I wrote a piece that highlighted some of the conspiratorial posts of attendees. I focused on posts that had nothing to with Palestinians or the conflict, but rather issues of global ‘Zionist’ control. With just a simple search, I found over a dozen attendees in just one event that appear to believe that Israel is connected to 7/7, 9/11, Paris, ISIS and Brussels.

The response to my writing was an inbox full of hate and personal threats. A complete inability to understand antisemitism at all. I didn’t even mention the conflict but these people couldn’t see it.  I had dared to protect the issue of ‘Zionism’ from total demonisation. In today’s society these people have nothing to fear, rather the opposite, I place myself in danger by pointing the issue out.

Then I heard Jackie Walker. Because of the Friday night timing, there had been complaints that observant Jews could not attend. The Jewish Chronicle eventually ran a piece saying the event had been ‘cancelled’. I went, so did everyone else. At the event they announced it was not an ‘official Momentum event’. Same crowd, same venue, same time, same speakers. As I continually point out, truth has long ago ceased to have any meaning.

This is Walker’s speech. Apparently she had only just found out about her re-instatement. Make of it what you will:

Walker was applauded throughout. When she finished she received a standing ovation. Once again I shivered inside.

These are not isolated incidents. This is just 7 days in the life of a Jew working to fight and highlight antisemitism in the UK. There are others like me, and then there are 1000’s, all those that visibly identity as Jewish on the street. Those standing on the front line.

For some Jews this world doesn’t exist, those who are visibly secular and look around them before admitting to being a Zionist. The denial of the threat by an experienced diaspora community riddled with a genetic code that wants them to remain unnoticed. Everyone else gets to display pride in their identity, only the Jew has to display that pride in secret.

I am already resigned to returning to Israel eventually. My activism makes it difficult for me to find work,  I need to look over my shoulder when I go out, and I worry constantly about my kids. Why not simply drop activism then? Because the monster is coming for us all anyway. My role, like the role of others, is to try to get this message across and to slow down and perhaps even change the direction of the tide.

‘The Nakba’ is a fairy-story. There are historically recorded events that categorically prove the ‘Nakba’ narrative is mythical revisionist propaganda.  Here are just some:

These facts are not in dispute. The story of a passive Arab community that was brutally expelled by a rampaging Jewish force that had sought conflict is historically and ethically obscene.

The way these Arabs were weaponised after the conflict was unforgivably brutal. But this is not the fault of a state that between 1949 and 1967 did not hold one inch of the West Bank or Gaza.

There is only one thing you need to remember when you hear the adoration of the nakba crowd. The alternative to ‘nakba’ was a second holocaust. The only way the Arabs would not be commemorating their ‘nakba’ today, would be if they could celebrate the annihilation of the Jewish presence. Either/ Or, take your pick. It really is that simple.

The applauding has to stop.

22 thoughts on “Applauding the nakba myth”