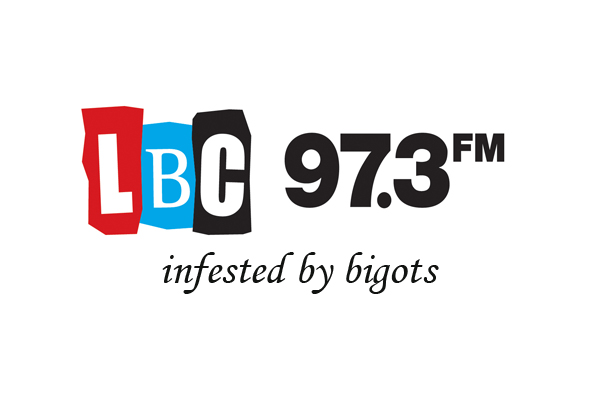 An open response to James O’Brien at LBC radio 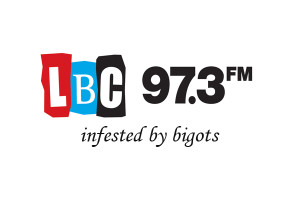 re: LBC radio – Ignorance and the support of terrorism

I have just listened to a recording of yesterday’s show on LBC. I appreciate your role is to stir up trouble, create an emotional response and indeed, I would imagine the more people who talk about your show, both for good and for bad, the better your employers will probably like it. You operate within a results driven business and given what I heard on the show, ratings are clearly more important than anything to do with balance or journalism.

I did try searching the LBC site, to see if you are being held to some type of ethical standard, but found none, so given LBC’s apparent disregard for standards, I am left to wonder whether through allowing you the airtime, they actually intend to incite or are simply in it ‘for fun’. Perhaps like you, they simply disregard the consequences of their actions. After all, you are in London, safe and far away from any real world conflict; what harm can you possibly do to anyone?

And I ask that you do not misread these comments, I do not care that your opinion differs from mine, nor do I care that you wish to use your platform to manipulate the opinion of others. I am neither an extremist nor of a closed mind and do not seek to shut down debate or silence the opposition by talking over them or not letting them speak. Mine is not a strategy of a loud mouth coward with a weak argument. I do however intend to address the stream of distortion that you presented as fact yesterday in what you claimed was a balanced hour of discussion. I will do so, as is my style, simply by directly addressing the points one by one.

Balance: Your definition of balance was as follows

This does not conform to any definition of balance. You are suggesting that only within the argument that Israel needs somehow to be restrained, somehow to be punished, the ‘balance’ is in deciding the fitting punishment. It is an absurd and cruel position, that entirely disregards law, justice, history and context. There is no balance is declaring a man guilty of a crime that does not exist and seeking to punish him for it. But we will get to that.

You made an awful mistake. Repeating the words ‘illegal occupation’ several times and using it in your definition of balance. I am not here to argue politics, so will entirely bypass the separate definitions presented by the two sides, but rather, do what you did, and refer to the United Nations. In 2002, Kofi Anan mistakenly used the word illegal to describe the ‘occupation’ and immediately released a statement by his spokesman

“In using the word ”illegal” in his address to the United Nations Security Council on March 12, Secretary General Kofi Annan had no intention of entering the debate about the legality of Israel’s original action in occupying territory during the war of 1967, as implied by George P. Fletcher (Op-Ed, March 21).”

In other words, within this argument, the actions within the territories can arguably be illegal (for example settlements), but not the ‘occupation’ itself. To call the ‘occupation’ illegal is to brazenly claim the 1967 war over the West Bank was not one of self-defence. And to further suggest that the UN resolutions created on the back of this war do not bring forward an equation of land for peace. No peace = no land. It is also to look at Hamas and Islamic Jihad within, and Daesh and Hizbullah without, and entirely reject any security concern Israel may have. ‘Illegal occupation’ therefore is not a ‘fact’ at all, it is an opinion not supported by UN resolutions as you claimed. Effectively you simply spun a myth. It is nothing more than an opinion that supports the ideology of groups like Hamas who consider Tel Aviv illegally occupied too. Perhaps it at least explains what you use for source material.

So you are wrong. The UN resolutions do not refer to an ‘illegal occupation’. Not even once. And when your second caller Keith tried to correct you on this, you belittled him, embarrassed him, degraded him and silenced him. This despite the *fact* he clearly knew more than you. I do not care what his politics are (and to be frank from what we were allowed to hear from him, he did not come across as extreme at all), but his knowledge of the issues exceeded yours on every comment he made. And yet you chose to silence and make a fool of him. In truth it brings shame on the LBC management who allow you to air your ignorant views on the matter. How can you know so little about a subject, yet still have the arrogance to silence anyone who views things differently?

Another awful mistake and one that lay at the heart of the entire topic. How can you be so ignorant of the BDS and yet pass comment on others who have issues with it? Keith suggested that BDS seek to delegitimize Israel to which you laughed, quoting some innocuous sounding statement that they simply believe ‘Israel needs to meet its obligations under international law’. You said to him that you would rather listen to those that founded it. I rather suggest that you should. They list 3 stated aims on their website. And this is number 3:

“Respecting, protecting and promoting the rights of Palestinian refugees to return to their homes and properties as stipulated in UN Resolution 194.”

Most of those involved in the negotiations, in the peace process, know and accept (including the PA leadership) that resolution 194 is a non-starter as it explicitly calls for millions of Palestinians to be allowed to ‘return’ to Israel in addition to the creation of a Palestinian State. This is the ‘international law’ that BDS promotes. Keith said in the call that they (BDS) do not recognise the legitimate right of Israel to exist, you said they do, Keith was right. Resolution 194 is the ‘law’ BDS believes Israel is ‘obliged’ to follow. Refugees returning, not to a new Palestinian state, but to Israel. Two Palestinian states.

If you have any doubt, actually listen to the founder, Omar Barghouti himself, who personally does not even try to hide the fact he is behind a ‘one state solution‘ (no Israel). Now if you choose not to believe that the people behind BDS actually mean what they say, then that is your choice, but you have no right whatsoever to describe your position as factual. How on earth can someone be so stupid as to suggest that BDS respects Israel’s right to exist, when BDS avoids the issue and the founder openly opposes it?

I am not going to get involved with the tone, the laughing, the despicable Nazi analogy, the way you conveniently found anti-zionist Jews to talk to, or any of the 100 other things you did during the time you misrepresented entirely, the process, Israel, the Palestinians, BDS and your caller’s positions.  I will also ignore your failure to grasp the basic elements of Israel’s coalition politics (you do not understand this *at all*) and ignore too that your idea of balance considers Israel does not even have a case to put forward . I will however make one final comment regarding another statement you made, that of the Palestinian Leadership’s opposition to BDS.

The Palestinian Leadership do not support BDS. Isn’t that a good enough reason alone not to support it? The truth is that BDS is a terrorist weapon, forged in the hands of those who want extremism to spread through the Palestinian areas. Israel is an economy built on science and technology, this is what they export. All BDS can do is boycott oranges and a few factory goods, and just who do you think this is going to be hurt if not the farmers and factory workers? Take the Sodastream case as a perfect example. BDS pushes away the chance of negotiations, thus increasing the prospect of war, terrorism and continual conflict. Anyone who truly supports the cause of the Palestinians would only support strategies that bring negotiations closer and who in their right mind would support a strategy that the Palestinian leadership itself believes does not advance the prospect of talks?

BDS is wrong on so many levels. If there is a solution to this conflict it is through negotiation. Picking sides from afar, armed with nothing but soundbites and false information only makes any chance of peace move further away. Boycotting Israel, actually using a siege engine to attempt to bring one side to its knees, supports the aims of those behind the movement itself. Those pushing for the one state solution, or in other words the end of the Israeli state. As has always been the issue for Palestinians, extremists on the outside, dictate the strategy, forcing their hand and creating an environment in which only terrorism flourishes. This is what you contributed to yesterday. You want a workable strategy? Tell the Palestinians to accept Israel, to stop pretending there is a way to wipe Israel off the map and finally negotiate and bring about an end to the conflict. Stirring up trouble, even within our own communities was an irresponsible action to take, more-so because your position was almost entirely based on falsehoods.

In truth. Your employers need to check the actual facts of my comments and compare them with the statements you openly declared as ‘facts’ yesterday during your broadcast. They then need to listen to the conversation you had with that caller, and the way you openly humiliated someone with clearly a greater knowledge that you have of the conflict (nothing to do with Keith’s political opinion). Then take into account your despicable use of the Nazi analogy. If I were in their position, I simply wouldn’t let you anywhere near the topic again. It isn’t your bias, it isn’t your ignorance, it is the arrogance of a fool who thinks that he knows it all when in truth he is little more than a bigot with a microphone. In short James, given the life or death importance of the situation over there, you are simply dangerous, and a liability to anyone who seeks a just resolution to the conflict.

One final word. People need to complain, to report your disgusting behaviour to the relevant authorities and you James, need to call Keith to apologise for your despicable behaviour.